The Obscene Madame D is the first work by acclaimed Brazilian author Hilda Hilst to be published in English. Radically irreverent and formally impious, this novel portrays an unyielding radical intelligence, a sixty-year-old woman who decides to live in the recess under the stairs. In her diminutive space, Madame D—for dereliction—relives the perplexity of her recently deceased lover who cannot comprehend her rejection of common sense, sex, and a simple life, in favor of metaphysical speculations that he supposes to be delusional and vain.

If Lispector’s psychotic heroines careen towards Mars, Hilst’s Madame D, in her flight from the body’s “unparalleled glimmer”, implodes. Her god is too small, too obscene to halt her descent into Hell. This brief, lyrical and scalding account of a mind unhinged recalls the passionate urgency of Artaud and de Sade’s waking dreams in which sex and death are forever conjoined and love’s “vivid time” irretrievably lost.

Like her friend and admirer Clarice Lispector, Hilda Hilst was a passionate explorer of the sacred and the profane, the pure and the obscene, and shows, in this discomfiting, hypnotic work, just how rarely those categories are what they seem. The translation is excellent – what a rare relief.

The recipe for the work of the Brazilian author Hilda Hilst (1930–2004) is equal parts language and nonsense, obscenity and literary references, disparagement of writers and striving toward God.

Translated by the estimable Nathanaël, this book should be read by scholars of religion and literature and philosophers of religion interested in mystical literature and representations of religious experience, as well as those willing to engage the profound, complex, and unsettling interpenetration of madness, language, sex, and
the sacred. 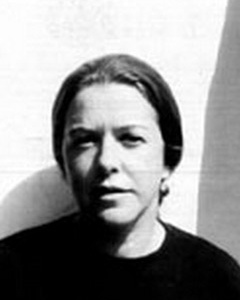