A collection of epistolary poems that exorcise and explore the material violence and generational trauma of colonization and systemic racism stored within queer Latinx memory.

In DESGRACIADO, Angel Dominguez navigates a visceral constellation of language and memory, illuminating the ongoing traumas of misremembered and missing histories, and their lasting impacts. Dominguez unravels a critical and tender language of lived experience in letters addressed to their ancestral oppressor, Diego de Landa, (a Spanish friar who attempted to destroy the written Maya language in Mani Yucatán, on July 12th 1562), to articulate an old rage, dreaming of a futurity beyond the wreckage and ruin of the colonial imaginary. This collection doesn’t seek to heal the incurable wound of colonization so much as attempt to re-articulate a language towards recuperation.
‎
Angel Dominguez on the Process of Writing Letters to Their Worst Enemy in Desgraciado up now on our blog!

-Raquel Salas Rivera, from the Foreword

“Desgraciado takes the embers of the colonizer, the knowing and people they attempted to extinguish, and chooses to ‘press on with ancestral compass disarming my enemy with language.’ A relentless re-imagining of an epistolary series that never looks away while staring into the eyes of the murderous. Dominguez invokes a portal, tracing the crimes of 1562 Mani Yucatán to the present, all while holding ‘a mess of flowers’ that have survived pyre and empire. These words are incantations, ransoms, clapbacks, curses, intimacies, provocations, and remedies that reveal themselves as navigational cyphers guiding us toward a language and future of liberation.”

“What do we need from a poetry collection anymore? What emerges from the tender dialogic pulse of the epistolary? Desgraciado belies its title, brings grace to the intercambio, symbiosis to the lyric. This book has formal invention throughout, blood and tears too. Angel Dominguez ruthlessly breaks pyramids open in a resistance to the whiteness that defines how they navigate the intersecting colonizations they call home: masculinity, the academy, the state, and the earth. This book is also heartbreakingly tinged with the pursuit of weaving with the other in a dismantled world.”

“Ángel Dominguez writes against the ontological inertia that lives at the vertices that activate the colonial wound. What does it mean to fashion the kaleidoscopic self out of the ancestral rubble where a language, deprived and forgotten, persists? In Desgraciado Dominguez raises their lantern into the labyrinth where horror, corruption and banality collide with a complicated desire for obfuscation and relief from the pain of being held hostage to our most recognizable dispossessions. These admissions of furious want made in the raging lyric of the epistolary form tremble on every page. A would-be fugitive truth-teller to ignite a resistance movement, Dominguez looks over their shoulder in the realms that exalted Diego de Landa. I can’t think of a higher honor for a writer.”

“It’s not even the evil that’s irredeemable; it’s the idea that there was ever a grace worth hoarding. Ángel Domínguez taught me this when once I said to them something like, ‘try writing a letter to your oppressor,’ and in response they made this dreamway into the center point of colonial genocide only to thread back the entire fabric of spacetime into a billowing folding and unfolding that lifts the lie of ourselves long enough for our first breath to begin. Everyone, disgraced, enters on the inhale. On each exhale, disgraced, we sense how we’re ‘polishing our dreams into something resembling a mirror, only more luminous.'”

“Put these poems under your pillow so that you will have medicina from nightmares. Speak these poems out loud and you will inhale memorias and exhale the sangre of century old wounds… Desgraciado is a Pochx holy, healing text told from our side of time donde the colonizer is the ghost, is the past y nosotrxs somos the living, the future… Angelito’s letters to the pinche colonizer are portals, cenotes on the page that open up a profundo space in this Western void that allows our brown skin movement and luz and gives us answers to preguntas we have not been allowed to ask. Desgraciado is a piece of obsidian you look deep into. These poems will help you find your missing huesos.”

By treating the figure of Diego as both enemy and lover, Dominguez attempts to subvert his enduring influence, holding the colonizer in his own purgatory… This is an intimate embrace of personal struggle, but Dominguez also takes many opportunities to highlight the resiliency of all those who were colonized across centuries of violence.

With Desgraciado, you deploy a stripped-down understanding of performance that is simply survival, both in terms of your money and creativity. But also, survival in the sense of your ancestral survival, as refusal.

Angel Dominguez has given us a weapon, a codex with which to fortify and record a new communication.

With repeated images of fire and ghosts, and all the echoes of our colonized world, Dominguez pens the most tender vengeance.

I think in all honesty the most challenging thing about writing this book was realizing that I was fighting a fight I could not win with poetry. Decolonization is a verb. An ongoing process and not an imaginary destination.

Despite the flames, throughout Desgraciado, Angel Dominguez communicates through channels of water, and conjures all of nature’s elements: the life-giving and destructive, invasive and sacred.

There is such an intimacy and an insistence through these letters, writing through loss and a layering of trauma, from the historically-lost to those still to come… Writing out a lush and insistent lyric, and an open-hearted and insistent engagement, with passionate resolve, Dominguez writes as a way to attempt to reach back through these layers, through the past to seek out these paths, these truths.

Rather than retell the colonizer’s version, Dominguez challenges the notion that history is in the past: “[history] is this living thing that we engage with.” The violence of the genocide is detailed in the letters, a violence, Dominguez argues, that should not be forgotten. “My grandmother remembers,” reads one of the letters. “The temples may be ruins but we…We are alive.” This collection does not seek to resolve or ‘forgive and forget’ the past, calling instead for descendants of oppression to expose and retaliate against systems that perpetuate that oppression however they can. For the narrator, that is through writing: “Language is a weapon…Sometimes, healing is not what we need.” 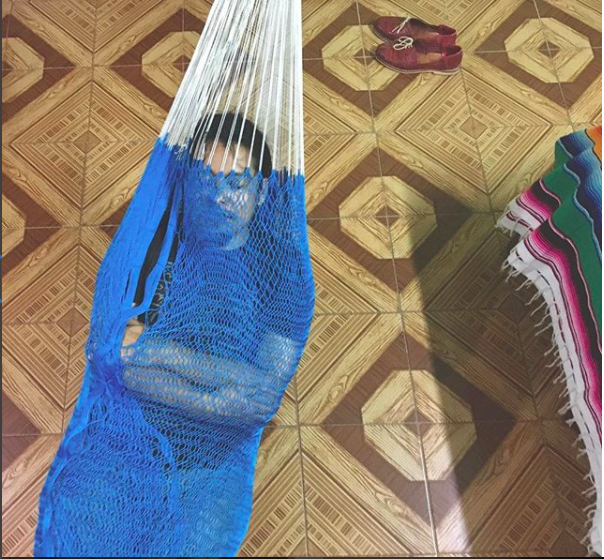