Artist and writer Felix Bernstein’s first book of poems mordantly stages his attempt to pick between family, lovers, coteries, and solitude. Drawing on the story of child muse Eva Ionesco, Bernstein troubles the melodramatic coming-of-age story with his neurotic self-critical ruminations. Does the pouty, post-digital, coquettish boy have recourse to transgression? To answer, Bernstein rummages through the closets of his queer and familial lineages and finds many skeletons in waiting. Awkward, fragile, imposing, parodic, and earnest, these poems push brooding indifference into elegy and seduction. Burn Book, full of correspondence and confession, is an irreverent and irresistible treat for those readers who dare to be burned.

It’s not Burn *This* Book, a demand for self-consuming aesthetics, but Burn Book, a book performing burns: not suicidal fires but a stream of abrasions on what represents life rather than being it. Bernstein risks the presence that comes from flinging writing into many impossible and agitated scenes. A frottage aesthetics trying to bring life back to life.

Felix Bernstein is a burn out, a mean girl, a silly fag, and an old hag. He is also burnt-out, for the rest of us have clearly sold out while fantasizing about punishment or transgression, victory or victimization. There isn’t even the smallest morsel of satisfaction on offer… at least not to Felix Bernstein. Maybe, exhausted, spent, a whisper can emerge. It is okay to be weary. We are all case studies in a zoo full of breakdown speech. We are all self-immolating in hipster rubble.

To blurb Burn Book is to participate cheerfully in Felix Bernstein’s performance of willed stardom; to blurb is to enter his porn-phantasmagoria, his intellectual fugue-state, in a way that both disturbs and delights me. Burn Book—too incandescent for repose—is all genius, all chutzpah, all tragi-comedy, all theory, all affront, all career, all elegy, all gift. He lives up to Artaud’s exalted, punishing standard of flame. It’s impossible for me not to be troubled and mesmerized by this book’s poignant quest for authenticity via hyper-professionally embodied disembodiment.

Bernstein is fluent in the “hyper-alert, giddy, composite voice of well-read contemporary Brooklyn.” It is the voice of the Millennials who simultaneously want to shock and to please, to live up to an impossible standard and to avoid any standard, to be childlike and sophisticated all at once.

“Burn Book by Felix Bernstein is performative; the works in the collection act. Private thought, critique, and personal narrative reside within a hyper-fabricated structure that results in a drama felt burn by burn. Antonin Artaud once defined poetry as “a dissociating and anarchic force which through analogy, associations and imagery, thrives on the destruction of known relationships”. Burn Book comprises a series of burns that situate themselves in a realm of delighted destruction.  More subtly, burning represents an intensity, an all consuming force that both brightens and annihilates.  As much as Bernstein symbolically burns others, each with a dedicated section in the book, he also burns representations of himself, memory, representations of art and poetry, and representations of success.

In a series of poems titled “Make Your Own Gay Poem”, Bernstein calls out this influence in a rambling manner, imitating the critique he passes on and equally takes part:

“Bernstein’s debut collection unfurls as an amalgamation of forms that sometimes befuddles with its overt performativity but, at best, entrances with layered emotion. Known professionally as a performance artist, Bernstein eschews the “poet” persona, stuffing his work with conversation transcriptions as well as a libretto. His relationships with his father, poet Charles Bernstein, and sister, the late visual artist Emma Bee Bernstein, also play integral roles, as does Emma’s 2008 suicide. The collection is divided into three sections: “Emma,” “Justin” (Bieber), and “Eva” (Ionesco). Concurrently, themes progress through Bernstein’s “melancholic fixation” on Emma; homoeroticism; and finally a union of youth, sexuality, and family trauma via Eva, a victim of child pornography. The collection never settles on a continuous aesthetic and never coalesces, but that may be intentional, as a speaker called FB remarks: “What is meant to be shocking is rather how the book does not conform to established genre conventions.” Whether sincere or a performance, the poems only move beyond theory and shock value when the author unleashes his vulnerability. From that perspective, if one can maneuver around Bieber and hurdle over the confessional sexuality, the most resonant lines of the book rest here: “By the way, this was all just an/ Obstacle course to find my dead sister.”

“Felix Bernstein’s “queer” style does not define a specific sexual orientation but hints at the hybrid, Internet aesthetic that informs his poetry and critical writings. His first book of poetry, Burn Book, in many ways, exemplifies the poetics announced in Notes on Post-Conceptual Poetry, so that the two books mirror each other in their circulation of a composite, “hipster” style unwilling to “become the new master discourse” (2016 89) that identifies the generation of “post-conceptual” poets that the author partakes of, along with Ryan Trecartin, Eva Ionesco, Cory Arcangel, Lonely Christopher, Cecilia Corrigan, and Andrew Durbin. All of them embrace a gender fluidity and the new confessionalism absorbed in internet chats and in the autobiographical process of creating and updating their Facebook profiles. Bernstein adopts the Woolfian metaphor of “the death of the moth”1  to describe the fatal attraction of the 2.0 generation to the ephemeral lights of the social networks, that promise an instant visibility, despite the many risks of overexposure of youth and the dangers of being quickly consumed and discarded by predatory voyeurism. Nevertheless, in Felix Bernstein’s works, the new confessionalism developed in digital communication seems crucial to inaugurate a new poetics, well aware that the obsessive act of daily restyling of one’s own self-image on line does not coincide with the interior process of building an identity, the way in which psychoanalysts and theorists of the unconscious conceived it in modern times.”

“Just as his criticism both attacks and partially identifies with a post-conceptual moment, the poems in Burn Book employ some conceptual methods. Much of the collection, however, is more idiosyncratic and scattered, often even traditionally writerly. This may be a calculated move, considering that Kenneth Goldsmith’s infamous reading of Michael Brown’s autopsy report has been the catalyst for a barrage of claims that conceptual poetry is callous, formally rigid, or just unable to engage responsibly with systemic oppression (at least when its practitioners have the convenience of ignoring the latter). But Bernstein is definitely not sticking with safe subject matter: “Diana Tive” begins by mentioning “my puny Jewish arms / That can barely pick up a weight let alone a / Jewish princess.” It ends with a torrent of brief statements that collapse lineated verse into prose while also blurring memories of his sister with the images of masturbation that appear regularly throughout the collection: “Enter the sunken dreams Can’t suppress any of them My sister’s corpse appearing each time I jerk Off an eternal Rerunning Cum hitting the TV screen We used to watch TV on together.” Many of the shorter poems’ strongest moments depend on such shifts in style and register, as well as their fusion of the irreverent with the deeply personal. (They don’t claim to provoke simply because of their ties to the conceptual movement.)”

“Felix Bernstein’s writing moves between the painfully autobiographical and the archly self-mocking. His latest work, Burn Book (Nightboat Press) is both joyous and hopeless—burnt out, but still full of an unquenchable flame.

As Bernstein prepares for his January show, Bieber Bathos Elegy at the Whitney Museum, which brings to life pages of his book, I talked to him about his relationship to evasion and oppositionality, and the implacable pornography of selfhood.” —Max Taylor-Milner

“BLVR: This suspicion about theory-as-reference is interesting since it seems like a lot of your project is about how opposition is impotent.

FB: Well, I wager that playing by the rules aggressively can be a sort of opposition. Aggressively passive rather than passive aggressive. In the conversation with my dad’s character in the book, he says, “why aren’t you being moreclearly oppositional? Why would you let people see you in this impotent way?” One reason is that I don’t want to produce obvious “experimental” art because I know it’ll be dismissed as “bloodline.” I try, not always successfully, to feel unpopular and annoying, not just cool and hip. Which I’ve noticed is the very wrong aesthetic for a young gay male at the moment. Which seems to be about mirroring Clueless style popularity… or being unpopular in a way that is sort of at the margins but fits in the Hollywood cliché of emo boy or melancholic girl. But what camp once was was a sort of unpopular inside joke. How now do you create an inside joke now when Joe’s Pub (etc.) is just another tourist trap in NYU’s bought up and renovated lower east side?” 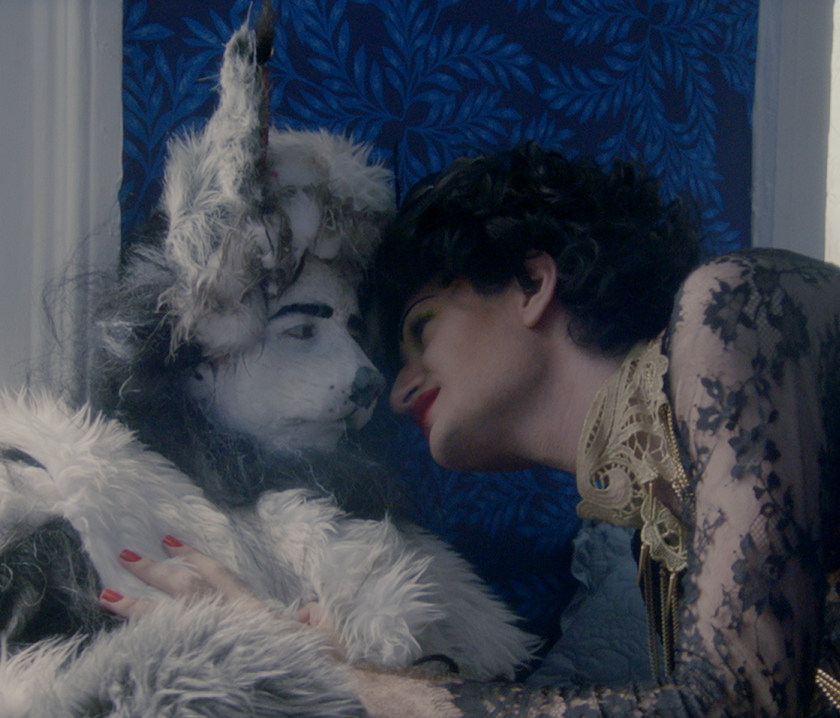