A Queen in Bucks County

An epistolary sequence about sex, exchange and social space set along the Northeast Corridor.

In A Queen in Bucks County, our protagonist Turner, who both is and is not the writer, makes his pleasurable way through miserable space. Men “buy him things,” lovers drive across state lines, users down volatile cocktails to see what happens, landlords turn tenants out, and Turner writes poetic tracts to friends about it. Part pornography, part novel, all love letter, A Queen in Bucks County is an experiment in turning language upside down to see what falls out.

For the desirous, it’s better when one has options rather than reasons. No one knows this better than Turner, the self-professed “Epistoslut” of Kay Gabriel’s dazzling A Queen in Bucks County. His penchant for the amorous exchange—brought into the mouth by the hand and disbursed into the world again as letters, and poems, and commands, and suggestions, questions, dares, and fantasies—makes for what one wants, regardless: poems that sharpen the unquenchable desires we have right now into a “sluice of vision” for the future. Kay Gabriel’s writing makes radical altruism seem possible. No tiny cock doesn’t get to also be a karaoke mic covered in the slobber of one or more of her close friends. No letter gets addressed without the surfeit of need to be written back sounded loud and clear. One of the many pleasures in reading Kay Gabriel’s writing is to feel like it was written expressly for me, but also for everyone I love.

What if Elsa Triolet had forbidden her suitor to write her, not about love, but about being trans? What if whorishness and camp were uncanny for celebrity? for commodity? for New Jersey? Oh wait… I loved reading Kay Gabriel’s A Queen in Bucks County because it is a committedly horny book, an epistolary roman à clef, in sometimes verse, a pornotract blowing up (or blowing off) the parallel trajectories of identitarian capture and belle lettrist tokenization laid out for queer and trans writers and writing under the sign of literature. Like its protagonist, Turner, it is also a hot mess of the best sort, lolling about and luxuriating in the fruits of the hustle, hungry for the next, marinating in and musing on friendship, ruins, The Valley of the Dolls, Jack Spicer, and gossiping with Gabriel’s loves about what distracts, amuses or revolts, or could.

In A Queen in Bucks County, Kay Gabriel finds a connection between trans femininity and modernism as she documents one person’s winding journey from suburb to city.

This startling collection successfully highlights the precarious spaces of social exchange in a largely uncompassionate world.

The cachet of Bucks County goes beyond booze and blues: The collection sparkles with revolutionary verve. […] Gabriel’s vision of the future works because it’s not an idyll of free love and endless sunshine—but a world where the pleasure of leisure has become banal reality. Bucks County gives us concrete aspirations cloaked in rail yard glamor and glitz.

Besides being an abolitionist organizer, Kay Gabriel is active in New York’s radical poetry scene. She coedited We Want It All: an Anthology of Radical Trans Poetics. Her epistolatory prose poems in A Queen in Bucks County combine radical poetics and politics with gossip, sex, and humor. It’s everything.

Click here to read a few poems from A Queen in Bucks County!

What do I have to say that Liz Phair didn’t, or my anxiolytics? I started writing you this letter in a California suburb, except for the vegetation and the high winds it could’ve been anywhere, like the non-place of an airport mall. Actually I think we were next to LAX. Anywhere was a delivery coming in overhead, and the office buildings: Siemens, for instance, World Courier Inc., and Air One Logistics, Air Sea Forwarders, Plexis Freight, Las Lilas Coffee, and a 24-hour Ralph’s, where I walked through the aisles and read the back of the cereal boxes at night, hoping to catch my own appetite. Who says you can’t be a flâneur in LA—the cocoa puffs agree, I’m the center of this stoplight town, I’ve arrived but nobody knows it! 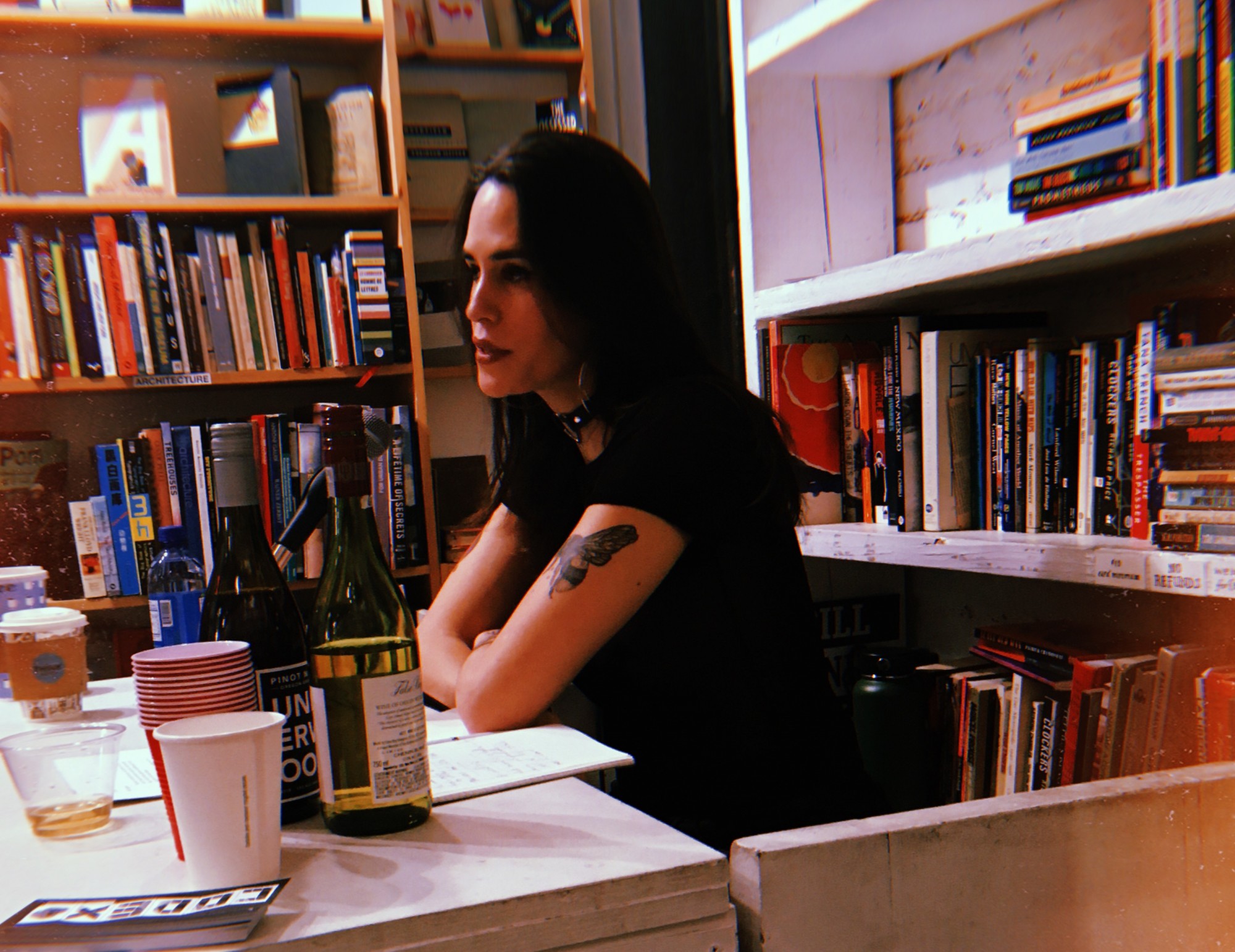