A subtle, stunning work of lyric collage that expresses fluidity in all things: gender, sexuality, spirituality, and self.

Vibratory Milieu weaves together eight years of writing to build an interconnecting web of accretionary meaning, using bits and pieces from a myriad of sources: current events, social media quips, film, literature, and theory. Hunter’s reading practice as art form merges with practices of attention as she culls lines from journals, poems written to music, poems written after meditation, poems written about dreams, and in response to poems by friends. What emerges from this field of language is a study of identity and its abstraction, formation, and analysis through interaction with texts of all kinds: poems, film, music, dream, and friendship.

Like the eponymous teen heroine of strategic reversals, Carrie White, Carrie Hunter wields awesome telekinetic powers. Collaged quotations and phrases hover on the page, spotlighting the objects of our desire, fury and incredulity. We find ourselves to be somewhere within “boundaryless metamorphosis’s apparent borders”, making “decision(s) within aporia”, a tensile and refractive echo chamber of mega consequence. With heightened awareness of the stimulations and fabrications at hand we become emboldened to bring down the house (capitalism, racial, gendered and ecological violence, etc.), an imbricated architecture, every part, every function accumulative and inextricably linked. In Vibratory Milieu, feminist provocation tackles the garish and overarching humiliating features of the omnipresent succubus that wields so many guises. “If true consciousness lies below the conscious level”, ease into the hypnotic genius of Carrie Hunter’s representation of encounter. This book is the best possible psychic release.

“‘Dreaming prepares you for clairvoyance,’ Hunter writes, which in turn prepares us for clairvoyance in the various realms of consciousness. We are continually made to know we’re in a poem, and that we’re likewise in a dream, awake. Hunter creates this lucid dreamstate wherein the poem is written and we dwell there, a place where she has dwelt, where she has made a dwelling place for us. Where consciousness is a multifaceted gem to behold, to hold up as we look at it, turning it around. Aphoristic in form, but cohesive in poetic narrative, because the voice drawing together the source fragments is so magnetic. Ripped intelligence is the phrase that comes to mind, ripped like the way muscles are ripped, or the way a text is ripped off. Diamond-like, dovetailed, and then suddenly, your aura drops around your knee.”

Vibratory Milieu casts a spell of ecstatic, esoteric associations, forming unexpected neural pathways with a language that reminds us, “the book is still a technology.”  Carrie Hunter’s maximalist collage form masterfully weaves together language and living, acting as an antidote to the static-apocalypse all around us, reminding its reader, “Reality is music.” This vibrant text shakes the body of the reader into a dance of memory, language, and unknowing sublimation.

This is a book of subtle curiosity, attentiveness, and carefully balanced juxtaposition. It re-enlivens a kind of attention to language and shows us possibility and resonant significance within the mundane.

Vibratory Milieu is a polyglot chorus where the lines reverberate in a sound cloud, and where we take in more than we might have thought we could handle. It vibrates, this cacophonous milieu. The title of this potent book makes a resonant promise that the work delivers on.

Vibratory Milieu is a high-speed polyphonic lyric suite that somehow feels simultaneously an extension of her prior work, and yet, leagues ahead in terms of structure.

Vibratory Milieu—how opaque and richly suggestive this title is! Vibration encompasses ordinary oscillations, Lucretian swerves, Pythagorean tonalities of heavenly bodies, and it bears a whiff of Californian New Age spiritualism. Milieu is tony, Frenchy—a scene with some class or history to it.

Click here to read a few sections from Vibratory Milieu in a Verse Playlist!

​T​he collage technique works really well for me. I’m unsure if this poetic technique has changed the way I think, or if I’ve always been this way, and it just finally matched up. It seems to me a truer picture of reality, of my reality, and so working with collage makes what is reality to me more visible. 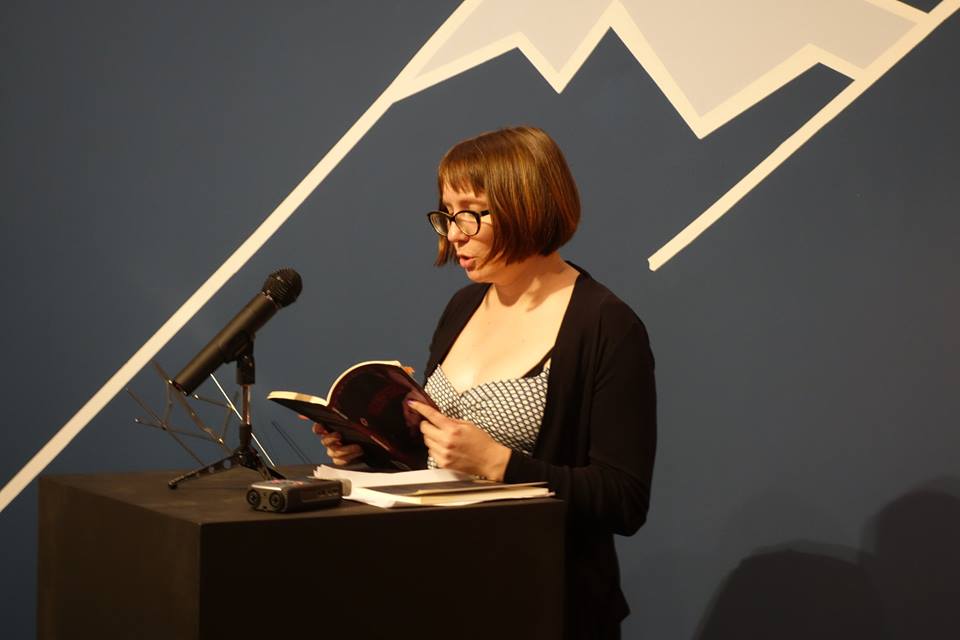