This virtuosic poetry collection asks: how does the body gestate grief? How does toxicity birth catastrophe?

2021 FINALIST for the Kingsley Tufts Award!

In Toxicon & Arachne, McSweeney allows the lyric to course through her like a toxin, producing a quiver of lyrics like poisoned arrows. Toxicon was written in anticipation of the birth of McSweeney’s daughter, Arachne. But when Arachne was born sick, lived briefly, and then died, McSweeney unexpectedly endured a second inundation of lyricism, which would become the poems in Arachne, this time spun with grief. Toxicon & Arachne is the culmination of eight years of engagement with lyric under a regime of global and personal catastrophes.

Unequivocally, these poems build their right relation with the truth of the matter and the fact of suffering—where the speaker must go, with “cerements,” into how “am epigenetic / code remembers trauma.” I am in deep awe of the resilience found in these pages, and the enduring strength and clarity these poems expel forth.

Grief and anger, too, spiral here, with snarl and venom that may stun none who know this searing, delirious, furious poet’s work. Yet, in the seething Toxicon & Arachne, McSweeney wields her wildest knife while making public her arcing, her aching cuts of deep and private mourning without blinking. It’s stupefying.

Joyelle McSweeney’s Toxicon and Arachne is a very remarkable book. She deals with a vast array of the physical and spiritual, without ever succumbing to the tired cliches of our current stale poetry scene. The book beggars all description but its own incredible inventions, both lyric and tragic (and much else). All otherhow and otherwho…

The power of McSweeney’s work cannot be separated from its association with forms of oracle and soothsaying, and so it is uncanny that it should arrive in the middle of a global pandemic… The kamikaze fantasy arises, like everything in this frightening and brilliant book, not from a pleasant “brainstorm” but from the animal reflexes of the “brainstem.” The defeat is total: a rout, a blowout. Now that the tables have been permanently turned, “the popsong plays” on “the toy turntable” in the nursery and also—you can hear the faint pun—“in eternity.”

McSweeney is much more formally inclined — the book contains a crown of sonnets and two sestinas, perhaps the only good sestinas I’ve ever read. In the free verse poems too, sound and rhythm are the governing principles, with deeper connections almost feeling like a bonus to the surface pleasure of the sonic riffing… At their most disorderly, McSweeney’s poems highlight errors of history, genetics and luck — and that contemporary feeling of being in the wrong timeline.

Joyelle McSweeney’s book explores the ecstasy of impending childbirth and the fissure of joy when the baby is born with a birth defect, lives for 13 days and dies. “Kingdom” is a poem written after the baby’s death. It’s a spiteful elegy against the persistent onslaught of spring and of the indifference of the world surrounding a death. This poem’s brilliance (and wounds) register through language’s sonic playfulness, as if to say that language is the only way to clap back at grief. The speaker’s bold agency is empowering — even the last line is an unexpected imperative.

Formally brilliant, emotionally heartbreaking, and considerably terrifying, this is a stunning work from one of poetry’s most versatile experimentalists.

McSweeney remains clever, far cleverer than I, but by the end of this masterful double-text⎯ in which even the unequal parts seem appropriate to staggering grief⎯ any sensitive reader should feel as if they’ve shared in the poet’s singular struggle: that of finding some form, some phrase, that might convey what’s inconceivable.

Toxicon and Arachne was published in April 2020, a month and a day after Indiana, where McSweeney lives, confirmed its first case of COVID-­19. Professionals in poetry often become amateurs in prophecy, and McSweeney has always boasted an unnervingly high batting average, connecting even with the wildest pitches. This latest book carries her most disquieting predictions yet. Speculating that “this endtime’s gonna last awhile,” hinging on a crown (or corona) of sonnets inspired by John Keats’s death from tuberculosis, Toxicon and Arachne is a pandemic book that, flukily enough, was finalized months beforehand.

Joyelle McSweeney’s Toxicon and Arachne, published by Nightboat a month into America’s fight against the novel coronavirus, depicts a world of chemical spills and pestilence.

McSweeney’s poetry collection is a tour de force, forcing us to rethink everything: poetry, loss, language itself.

McSweeney is one of our most dynamic poets of theme, mood, and syntax, and this new paired collection unifies those ranges in a most powerful fashion.

Arachne subverts and elaborates upon Toxicon. Toxicon sharpens the cuts of Arachne. With these two texts—this book, Toxicon and Arachne—Joyelle McSweeney has created a work of incredible honesty, exploring suffering and trauma through the lens of the necropastoral. This landscape of moss and bugs and dilapidation.

I have always felt McSweeney’s lines, but never before have I outright wept at a poem—any poem—with such force, as if almost doubled-over with the poet’s own grief. Perhaps this is an unintended but welcome consequence of the necropastoral: in that funereal space, readers let down their guard. Cynicism vanishes. Life, whatever is left of it, is too beautiful to ignore.

PS: To start, is there a theme to the poems in Toxicon And Arachne?

JM: Yes! One day I was randomly looking up the etymology of the word “toxin” and I learned it derives from the Greek word for “arrow.” I started thinking — how is a toxin like an arrow? How does it sink its tooth in you, how does it take aim? How is a lifetime of toxicity like a lifetime of arrows sinking into your body and brain? And soon after I began to think: how is lyric poetry both like a toxin and like an arrow — how does it sink its deadly tooth in your heart, and ear, and brain, again and again?

She has managed very brilliantly and bravely to risk a greater openness to dread and to maintain as much control of it as an animal trainer had better with leopards. I am saying Toxicon is a major book. 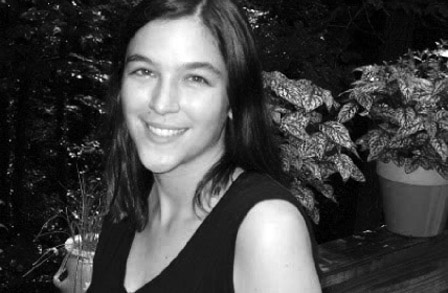 Joyelle McSweeney is the author of eight books of poetry, stories, novels, essays, translation and plays, including the verse play Dead Youth, or, the Leaks, which inaugurated the Scalapino Prize …