A debut poetry collection in which non-binary poet and drag performer Wo Chan recounts stories from their queer childhood and adolescence.

Togetherness sends out sparks from its electric surface, radiating energy and verve from within its deep and steady emotional core: stories of the poet’s immigrant childhood spent in their family’s Chinese restaurant, culminating in a deportation battle against the State. These narrative threads weave together monologue, soaring lyric descants, and document, taking the positions of apostrophe, biography, and soulful plaint to stage a vibrant and daring performance in which drag is formalism and formalism is drag—at once campy and sincere, queer, tender, and winking.

Wo Chan’s debut hurtles past any praise I can heap on it. Acutely aware of the cruelty of the nation-state and of the exhilarating splendor of drag, Chan’s language—razor sharp, captivating—refuses to demure, to clarify. A wide range of formal approaches and a structure that’s sheer genius troubles assumptions, disrupts notions of “togetherness.” I will be teaching this book.

It’s no easy feat to tell the truth, nakedly (or at least in a rhinestoned nude illusion)… and Wo does it with so much style, humor, and emotion that it always breaks your heart (and heals it all over again.)  Get ready to sob, laugh hysterically, nod knowingly, stop in your tracks and go back and reread it from the start! Give it up for the unparalleled gift that is Wo Chan!

Every poem is a mouthful of meat, music and memory. These poems are vulnerable and resilient, fluid and focused. A versatile and verbal poetics—an inimitable Wo Channess anchors these narratives of personal, cultural, and sexual survival. It is possible to live (on poetry) in a country that tries to kill you. The evidence is in every Wo Chan poem.

Wo Chan’s brave exuberance, their mercurial surfaces and depths both, line for line seem to say, “What is a heart for if you can’t put sequins on it, or glue gun it to your sleeve, or wipe your nose?” Wo Chan’s poetry and performances have sustained me for years, a favorite source of pleasure, solace, disruption, accountability, community—for years I have wanted this book and here it is now, the poems have gathered for their sublime cabaret. Nothing I could say would prepare you, except maybe an invitation: pick up this bright masterpiece, it is your turn to experience this love.

This is a poet unafraid to tackle the tacky and the tasty; the gutter and glitter—those grand parallels of a life made for or and on the margins. In linguistic loop de loops—some delightful, others terrifying—Wo Chan perceives an America we can now easily recognize from a poet who suffers the wounds, but wants them healed.

This refreshing debut gathers its power by exploring the overlaps between gender, sex, language, and nationality. […] Throughout this vivid and surprising work, Chan intersperses unattributed letters in support of their family’s immigration efforts, further destabilizing the boundaries between speaker and audience, individual and collective. Daring and original, Chan’s poetry collapses categories to create inspired art.

Togetherness is a poetry collection I recommend to all who love poetry or memoir—or both. Its narrative thread follows the search for love and acceptance, both from outside and from within, and it offers a refreshing and deeply intimate experience from those not often given a voice.

Wo Chan’s remarkable debut collection puts in tension memories of the diaspora as the poems move between childhood, the family restaurant, and a racist immigration system that demands exceptionality and authenticity. Articulating the multiplicities of experiences and affect in conflict, Togetherness invokes a lyrical address to love, community, and belonging.

At the red-hot, glittering core of Wo Chan’s explosive debut Togetherness is the intersection of the foul and the forlorn. […] Togetherness is not a study of restraint, but a joyous, unruly recreation of life’s big and small (melo)dramas.

Togetherness is a restless collection, brimming with forms new and old, some prose-y and others firmly poetic, and all eclectic. Most of all, it’s a searching debut by a poetic voice that is as many parts scatological as it is experimental; as saucy as it is ebullient and sincere, as elided as it is overflowing.

There’s much to talk about in Wo Chan’s work, much to love, and much to look forward to in future poems that are yet to be written by this beautiful poet. Togetherness is word art, a gift given to us by a very generous poet.

This is a vibrant, critical and loving collection, one that startles through both the strength and vulnerabilities displayed throughout Chan’s glorious, tender and occasionally wild performance.

Click here to read an excerpt in Poetry Daily!

Click here to listen to Wo Chan read a poem from Togetherness, featured in Poets & Writers‘ Page One series!

Click here to read a few poems from Togetherness in AAWW!

Click here to read a poem from Togetherness in Literary Hub! 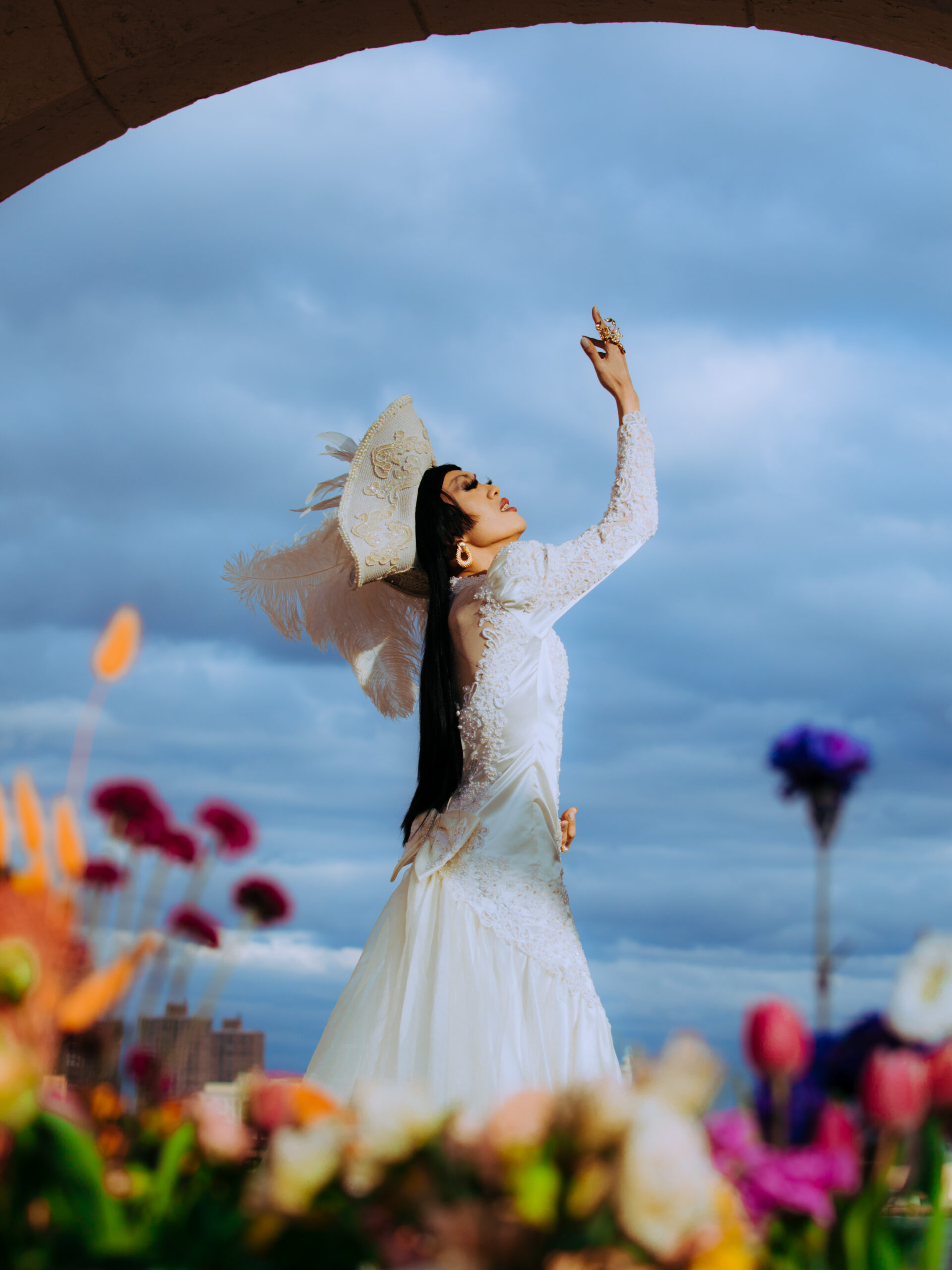 Wo Chan who performs as The Illustrious Pearl is a poet and drag artist. They are a winner of the Nightboat Poetry Prize and the author of Togetherness (2022). Wo …

More about Wo Chan