In John Sakkis’s new book, hip hop and biography, both real and imagined, saturate travel on the islands

The Islands is melos, music in 5-part harmonic sequences, beginning with the once-upon-a-time of “one night, after the happily of dinner.” So it’s the sound of story in lyric concretion, rhythmic concision, the atmosphere of film, the senses migrating from one section to another, punning “knot exactly.” This book is a nostos, a welcome home event, and will be your favorite memory palace.

“In Mani: Travels in the Southern Peleponnese, prose stylist and explorer Patrick Leigh Fermor discusses the persistence of archaic, pagan practices in the Greek countryside—even into the twentieth century:

Some of the great gods […] were compromised and frogmarched into collaboration. Others escaped and, quite literally, took to the hills. There, like divine maquisards, they have led a spiritual underground or close on two thousand years. […] The brushwood ancien régime, unencumbered with giveaway temples of paraphernalia, travelled light. There was nothing, on examination, but murmurs, hearsay, candlelight and shadows and the bare limestone hillside… . The overt ceremonies (which still exist) had adopted enough religious camouflage to confuse all but the most penetrating. And a few have survived quite undisguised.

That Leigh Fermor was able to appreciate this improbable but deeply human layering of cultures and times was facilitated not by his being Greek (although he was esteemed as that country’s second most famous non-native war hero after the poet Byron and also lived there for many years), nor simply from his intellectual curiosity (which was always formidable) but by his simply being there. By treading the same ground irradiated with classical antiquity he was able to appreciate where and how its treasures were still buried.

In The Islands, the poet John Sakkis takes a different tack. Unlike Leigh Fermor, he sets for himself the complex challenge of viewing and understanding a sense of Greekness—and it is made all the more complicated by the fact that he is writing during the first third of the twenty-first century, after the invention of the Internet, and both oceans and continents away in California. His is a Greekness that must be felt, in the blood, albeit at first indistinctly: “a diffusion that soaks up detail.” It is a sense of being Greek that serves as a catalyst for creation, that as “shadows collected in grammar / exuberantly articulate and wet in the mouth, forming portraits of strangers” embodies and enlivens, makes known at one remove.”

“Throughout John Sakkis’s The Islands, a polyvocal weave of declarative refrains sound out in dizzying display. Across the book’s five sections appear poems, often in set series, presenting a hybrid mix of memoir, lyric, historical investigation, and daily documents full of dispatch concerning discursive news the poet’s ear has picked up on. We see in section three “Tangrams The New Collective,” the speaker’s concern throughout remains with “The salt of human projects,” in the face of which, Sakkis declares: “I go in. I am in bits.” What’s left for the poems are scattered fragments of events, both imagined and other, from out of which both structure and content prove to be derived.”

“The poems of The Islands, Sakkis’ longest and most complete version of his poetics, are by turns a complex and miraculously fluid set of lyrics, with narrative buried in them, sometimes deep under strata of time, sometimes in the shallowest of cuts, so that a child might run his fingers through the sand and pick up a star. Listening to Sakkis read his poetry, you get the sense on the one hand that he has a vatic vision, that his mouth is moving but another’s voice is emanating from his throat, like Spicer’s receiver, and at other times I feel like he is trying earnestly to explain to us what life is like on that other planet he hails from–David Bowie in The Man Who Fell to Earth, broken by the sense of Earth, by our requirements for nouns and verbs and image.

I have been reading his work for ten years now, maybe more, and I remember in his previous book RUDE GIRL how the final part was called “The Breakable Ones,” with its suggestion of human fragility; and this volume, THE ISLANDS, ends with a poem called “The Moveable Ones (after Michael Palmer”) and I see the question of fragility turning into one of modularity, like we’re all chess pieces thrown this way and that way by an angry Bobby Fischer type of God. “We are at war/ on the floor,” “We are at war/ near our face.” The poem turns on the similarity of bridges to the curve of the body, first, of “head to ass,” and later, of “scalp to ass,” and how the excellence of the one turns into the fear of the other–elsewhere the “Disney/ arches of Munich.” The little suffix “ing” that ends most gerunds pops up unconnected to a verb here and there, opening a line as if torn away from its agency, yet retaining the shape of its agent. These moves I interpret as signs of an increased confidence and surety, or perhaps a renewed belief that the shapes of things in the divination are coming to him more clearly. “Yesterday you met a young Benjamin/ over soapy Turkish coffee.” This character, the young Benjamin, returns several times, and each time I understand more clearly that he, Sakkis, is the young Benjamin, or at least the young Benjamin Hollander.

I’m re-reading what I’ve written and I’m seeing that maybe it isn’t very useful way of writing a review, but the fact is, the poetry of The Island while very beautiful is rather dense in syntax and in affect, as I can see my young colleague Mr. Krull has already said above, so it’s hard to describe on a certain level–in such situations I have learned to go counterintuitive and paraphrase, translate, as the simplest and shiniest terms possible. It is a more political book than its predecessor, or indeed most poetry of today; it is a travel book and a guide to the Greek islands, if a twisted one; it is a book about love and loss; it is a work of Imagist genius; it is a book of family life and feeling deracinated and uprooted even in one’s own shoes. Amazon has this new thing where when you swing your cursor through the stars–when writing a rating–you pass from one star to two, to three, and at each pass words appear to tell you what each rating might mean to a language-less person maybe? Anyhow when I go over to five stars these words appear, “I love it.” I’m reading these signs that this book is really amazing. I love it.” 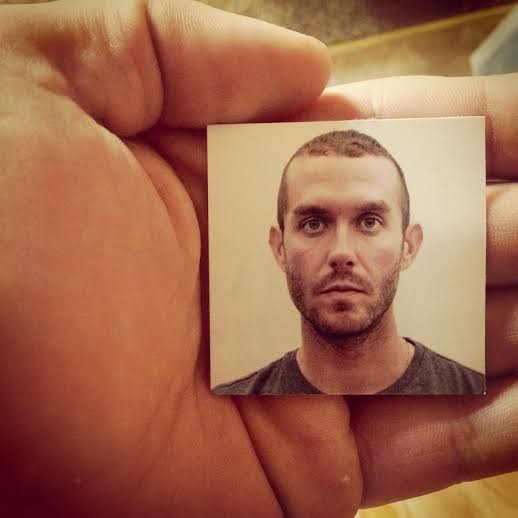