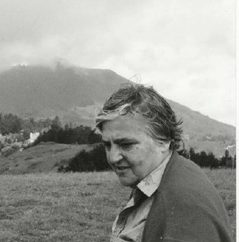 Etel Adnan was born in Beirut, Lebanon in 1925. She studied philosophy at the Sorbonne, U.C. Berkeley, and at Harvard, and taught at Dominican College in San Rafael, California, from 1958–1972. In solidarity with the Algerian War of Independence (1954–1962), Adnan began to resist the political implications of writing in French and became a painter. Then, through her participation in the movement against the Vietnam War (1959–1975), she began to write poetry and became, in her words, “an American poet.” In 1972, she returned to Beirut and worked as cultural editor for two daily newspapers—first for Al Safa, then for L’Orient le Jour. Her novel Sitt Marie-Rose, published in Paris in 1977, won the France-Pays Arabes award and has been translated into more than ten languages. In 1977, Adnan re-established herself in California, making Sausalito her home, with frequent stays in Paris. Adnan is the author of more than a dozen books in English, including Journey to Mount Tamalpais (1986), The Arab Apocalypse (1989), In the Heart of the Heart of Another Country (2005), and Sea and Fog (2012), winner of the Lambda Literary Award for Lesbian Poetry and the California Book Award for Poetry. In 2014, she was awarded one of France’s highest cultural honors: l’Ordre de Chevalier des Arts et Lettres. Many of her poems have been put to music by Tania Leon, Henry Treadgill, Gavin Bryars, Zad Moultaka, Annea Lockwood, and Bun Ching Lam. Her paintings have been widely exhibited, including Documenta 13, the 2014 Whitney Biennial, CCA Wattis Institute for Contemporary Arts, The New Museum, and Museum der Moderne Salzburg. In 2014, Mathaf: Arab Museum of Modern Art mounted a retrospective of her work. She died November 14, 2021. 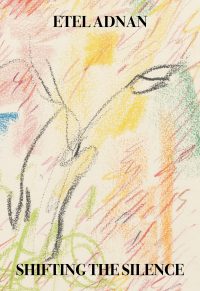 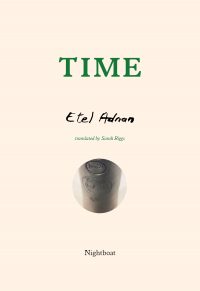 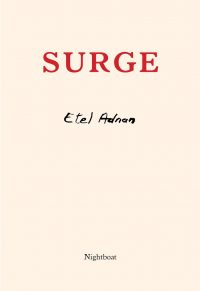 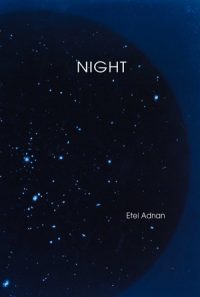 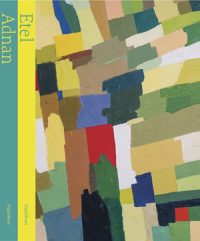 To look at the sea is to become what one is: 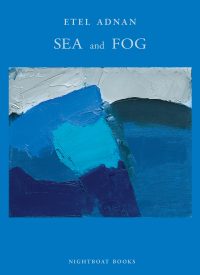