Plastic: An Autobiography explores how technology, sprung from desire, draws all beings into its net, and asks how to live justly within its grasp.

WINNER of the 2022 Oregon Book Award for Creative Nonfiction!

In Plastic: An Autobiography, Cobb’s obsession with a large plastic car part leads her to explore the violence of our consume-and-dispose culture, including her own life as a child of Los Alamos, where the first atomic bombs were made. The journey exposes the interconnections among plastic waste, climate change, nuclear technologies, and racism. Using a series of interwoven narratives ― from ancient Phoenicia to Alabama ― the book bears witness to our deepest entanglements and asks how humans continue on this planet.

“Plastic is powerful and moving, a deep, personal exploration of the modern world.”

-Richard Rhodes, Pulitzer Prize recipient for The Making of the Atomic Bomb

“Allison Cobb’s Plastic: An Autobiography gathers shards of story, history, and science, along with bits of plastic left orphaned in the world. She is a daughter of the nuclear age (her father a physicist at Los Alamos) and an environmentalist, giving her voice the authority of lived experience on the edge of our industrial nightmare.”

“Allison Cobb is not only a dedicated environmentalist, but she is also one of America’s most original environmental writers. The form of this book embodies narrative plasticity as each chapter is molded by history, science, memory, experience, and personal travels through the plasticsphere. After reading the final page, you will never see plastic the same way again, and you will see it everywhere.”

“Cobb carries us on a collective and at times personal journey through environment and time, juxtaposing the persistent nature of industry and convenience against the righteous indignation of the people impacted by it. I found Plastic to be just the reminder that we all need in the fight for climate and environmental justice today.”

“Allison Cobb’s Plastic: An Autobiography is the story of all of our lives. Gripping, informative, and moving, the book is both convicted and convicting, revealing the dirty and the brilliant underpinnings of our modern world. Once I picked it up, I didn’t want to put this book down. And when I finished reading, I knew much more about all the things I didn’t know I needed to know.”

“Plastic: an Autobiography is a spinning gyre of history, biology, poetry, and chemistry, gathering centripetal force through attention to such particulars as a shard of plastic from WWII found lodged in the belly of an albatross sixty years later. This is a fierce and brilliant work that perhaps could only have been written by a poet who grew up in the shadow of Los Alamos, aware that the most destructive of human inventions can seem salvific until it is almost too late. Let this book be a call to awareness and action.”

-Carolyn Forché, author of What You Have Heard Is True: A Memoir of Witness and Resistance
Show More +Show Less -

In this elegiac missive from the frontlines of our plastic-filled world, Cobb uses a variety of
narrative forms to convey her deep despair over how plastic has overwhelmed our planet… There is elegance and power in Cobb’s truly unique environmental memoir.

Why have we created a culture of such wanton waste if we want to live on earth? In the long shelf of books interrogating our moment in the climate crisis, this memoir is a sharp, urgent breakthrough, a triumph of honesty.

Cobb is acutely aware that systemic change is the planet’s only hope. Tracking her carbon footprint when she flies or drives, the author bears striking witness to destruction: Birds and fish die from plastic detritus; decades after World War II, the stomach of an albatross was perforated by a plastic shard from a bombing raid.

In Plastic, Cobb investigates the origins of our contemporary intertwining crises by constructing a circle of cross-linked lyrical essays about the eternal presence and persistence of plastic in our natural world, our bodies, and our communities. Into this circle of narratives, she weaves facts, remainders, curiosities, and griefs— “the plastic will outlast the bones, the sand, this writing”—and like the shards of plastic she traces, her narrative structures are periodically broken by verse, lists, etymologies, and other voices, such as Samuel Coleridge, Claudia Rankine, and Karen Barad.

Click here to read an interview with Brian Teare!

Allison Cobb’s Plastic is so epic that it’s hard to know where to begin. Its composition spans over a decade of Cobb’s life and encompasses enormous changes in her own biography and family story… The book’s intellectual and political allegiances shift radically from a respectful, if mournful, immersion in the patriarchal world of technology and science to a much more critical remove. I sit down with Allison Cobb to discuss her new book Plastic: An Autobiography and her process in writing it.

…Cobb has an elegant eye for the symbolic or crucial moment of image, finding, event, and she has made important intervention by the braid of her poetic and journalistic skills—and the empathy and feeling that she lucidly reveals in this stubborn and humane book.

You probably know where all this plastic has come from. Maybe, sort of. In “Plastic: An Autobiography” by Allison Cobb (Nightboat Books, distributed by Perseus Book Group), the author looks at a lifetime spent with plastic, beginning with a single car part that landed in her yard. It was not the first piece of plastic she’d ever found and it was far from the last. This book is part meditation on environmentalism, part memoir, and all thought-provoking. You’ll find this book available on April 20.

Close up, the tale of an albatross chick whose stomach became fatally engorged with plastic items mistaken for food. Stepping back, the biography of polyethylene, whose effectiveness as a wire insulator enabled the use of radar in the World War II fighter planes that dropped bombs in Europe and Asia. In between, the stories of those who’ve had their lives altered by plastic, including the once-thriving Black community of Mossville, Louisiana, which now sits in a soup of toxic emissions from, among other things, the manufacture of vinyl chloride — the VC in PVCs.

Before this book, I could not have imagined a cross between poetry and environmental history, and I marvel at this successful hybrid. I hope more poets step up to help us process the environmental crises of our own making. We can’t take meaningful action if we compartmentalize the painful realities. Science alone can’t get us where we need to go.

Click here to read a Q&A with Deborah Kalb!

Q: How did you decide on the book’s structure?

A: I knew that I wanted the book’s structure to mirror what I was trying to communicate: that humans can no longer behave as if we are single individuals. Like trees, or fungus, or coral, we are ecosystems and webs, and all we do affects every other part.

I tried to achieve that by writing the book in brief sections that I interwove together—not in a narrative or chronological way, but more associatively and through juxtaposition.

Plastic: An Autobiography tricks the reader by telling a vivid asynchronous story via several short jump cuts (or chapters). Each cut is cleverly disguised to appear only loosely connected to the next, but the reader begins to sense Cobb pulling on the drawstrings and making connections early on. These connections urge the reader to find out what unlikely connection will happen in the next scene.

A stunning tapestry of carefully woven stories, Plastic: An Autobiography is essential reading for all who are concerned about the state of our environment as well as the impact it has on those it supports.

What does ‘autobiography’ mean to poet Allison Cobb? What action(s) should readers consider after reading Plastic: An Autobiography? What do desire, joy, and grief have to do with the plastic industry? Listen now to find out!

Listen to Allison Cobb read from Plastic and chat more about the book on Invitation to the Species podcast!

​​Allison Cobb’s ​Plastic: An Autobiography,​ explores the history of plastic products and pollution through a combination of personal memoir, history and poetry and in a set of interconnecting stories.​

Read a couple of excerpts from Plastic in Literary Hub!

Read a couple of excerpts from Plastic in On the Seawall!

Cobb is stridently warning us of imminent ecological peril and the need to systemic transformation of our systems of production and consumption.

Allison Cobb is an important writer to me: I read everything she writes. She makes unlikely connections, plumbs every word, threading together chemical atom and political power and poetry. The daughter of a nuclear scientist from Los Alamos, Cobb now lives in Portland. ‘One of the greatest problems with plastic — originally touted as one of its greatest benefits — is it lasts forever,’ Cobb writes. And yet, in an industry’s pursuit of profit, it is treated as disposable.

This 2022 Oregon Book Award finalist was sparked when Allison Cobb, a Portland-based poet and environmental advocate, found a large plastic car part abandoned on her property. Her subsequent quest to return it to its point of origin gives her the opportunity to interrogate the role and influence of plastic in the lives of every being on Earth. 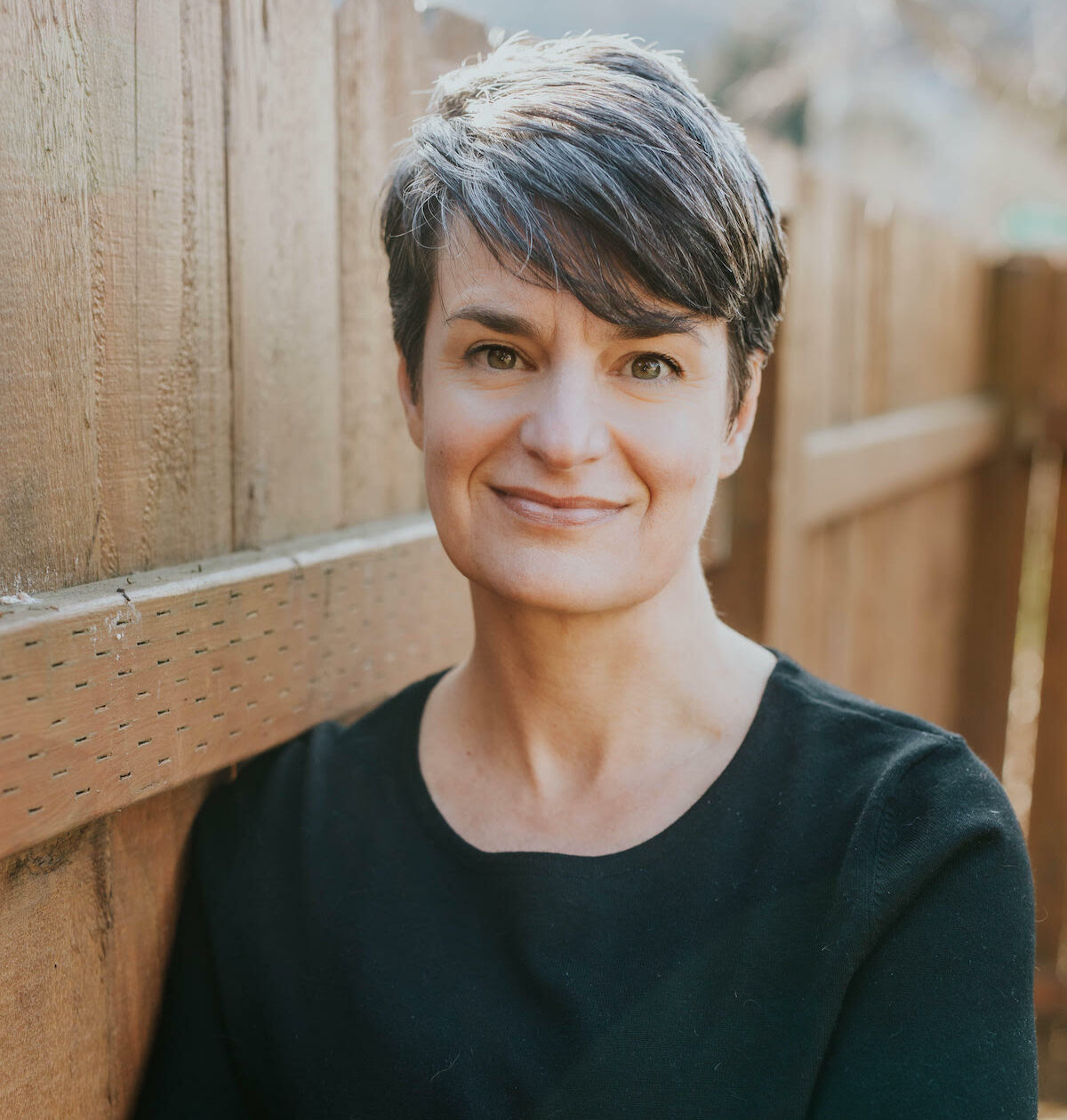 Allison Cobb is the author of After We All Died (Ahsahta Press); Plastic: an autobiography (Essay Press EP series); Born2 (Chax Press); and Green-Wood, originally published by Factory School …