In the Empire of the Air:

The Poems of Donald Britton

Described as “dazzling” by Edmund White and as a poet “who has The Gift and delivers The Goods” by Kenward Elmslie, Donald Britton published just one book of poetry, Italy, before his death from AIDS in 1994. In the Empire of the Air: The Poems of Donald Britton reprints Italy alongside previously unpublished and uncollected poems to display the full range of Britton’s fresh, vivid language and subtle humor. It is poetry by turns glamorous, wistful, intellectual, and elegant, the sharp-eyed observations of a penetrating mind lost to the world too soon.

What’s not to love about a poet alert to “Elizabeth Taylor’s chronic / lower back pain” as well as to “pornographic superstars”?

Even if Donald Britton’s attentions often tugged on his sleeve until he articulated more elusive specifics, “a slab of morning ” or “interior glaze” (he once explained part of his poetic drive to find “where one’s words cease to comment on any experience, but become an experience in and of themselves”), his conceptual persona — sadly, I never knew the man — smiles on those, unrequited or perplexed, who pursue, in the midst of “surviving / a lot of living and shifting,” the nuances of language and feeling to negotiate some kind of succor for the abrasions of consciousness. Such negotiations, call them one aspect of bodily pleasure, don’t preclude or oppose actions, ethical and otherwise, however much language will do as it does. He wrote that “the mind’s horniness might produce / A fresh coordination of the accents.” Liz’s back cradles a treatise on Spinozan privation.

In what is more than the affectionately memoiristic Afterword it pretends to be — rather, a fiercely searching critical overview of the New York poetry world of the 1980s — Douglas Crase evokes a lost milieu in which “criticism was communicated by an eye roll, groan, laughter, or shared enthusiasm.” I can’t tell you how nostalgic it makes me feel to read that line at a time when criticism is routinely dealt out by social media death squad. But that’s not the only thing that makes me long for times past. When I wandered ingenuously onto the scene, Donald Britton was a young star, or so I considered him, just a few years older than me (actually a bit more than a few, it turns out — he always looked so boyish) yet somehow wiser. Still I could feel that what I assumed, he assumed. He could not have known (nor could I) how apropos that “end of the world feeling” so lightly scumbled over the surface of his poetry would turn out to be. “The working surface of poetry is time,” as Doug says, and not the surface of the page; soon, several worlds did end. It might or might not be numerically accurate to say that the majority of poets one admired were gay (I believe it would), but it is certainly true that the aesthetic assumptions under which one was writing poetry — the ‘inside’ nature of the criticism that Doug describes — were implicitly rooted in a gay culture that had formed in the New York of the 1950s and would soon be transformed into something very different by AIDS, which killed Donald in 1994. Being straight in this environment was akin to being a white bebop musician: I sometimes felt the odds were really against my being able to keep up. Knowing oneself to be an outsider to what one loved the most could make, at minimum, for some interesting self-questioning. Reading again for the first time in many years the poems in Donald’s only book, Italy (1981), or the few others of his I knew, including “The Lake Evening” — the astonishing one that closes this selection (and which I’m happy to say was first published in a little magazine I coedited with a couple of friends) — brings me back to “the mooring of starting out,” in John Ashbery’s beautiful phrase. In other words, it was the point when I realized that, with his “intimate reserve,” as Doug calls it, Donald was doing something that I wanted to do but so much better. And “Beyond those bluffs, / Where we vanish, / As at the summit of a rope, / Is only wondering.”

This slim volume of poetry might stir up the tears you have been keeping inside you, especially if, like me, you are old enough to remember the 1980s and the AIDS epidemic, the seemingly endless roll call of people you knew and didn’t know who died horribly. It was one of the many black holes in American history from which a few bright lights emerged. One of them is the publication of In the Empire of the Air: The Poems of Donald Britton, edited by Reginald Shepherd and Philip Clark.

Clark co-edited Persistent Voices: Poetry by Writers Lost to AIDS (2010), with David Groff. As he tells us in his modestly written “Preface,” when Shepherd, who first thought of putting together a volume of Britton’s poems, heard about the anthology that Clark was in the process of assembling, he contacted him to make sure Britton’s work was included. When Shepherd died, Clark finished the project. Along with their essays, there is an “Afterword” by Douglas Crase in which he writes movingly about the New York poetry circles that he and Britton moved in during the ‘80s. Crase is right when he opens his “Afterword” with: “The Appearance in Print of the selected poems of Donald Britton is an affront to cynicism and triumph over fate.”

The appearance in print of the selected poems of Donald Britton is an affront to cynicism and a triumph over fate. When Donald died, in 1994, it was sadly reasonable to assume that the influence of his poetry would be confined to the few who had preserved a copy of his single book, the slender, deceptively titled Italy, published thirteen years earlier. As the few became fewer it seemed all but certain the audience for his poems would disappear. Donald never taught, so there were no students to mature into positions of critical authority. There was no keeper of the flame to incite publication, no posthumous foundation to subsidize it, not even a martyrology in place to demand it out of sentiment. The survival of his work would have to come about, instead, as a pure instance of “go little booke”—an instance that must now warm the heart of anyone who has ever believed in poetry. It was the poems in Italy themselves, free of professional standing or obligation, that inspired the successive affections of two remarkable editors and the confident publisher of the present selection. Donald, who despite his brilliance was a modest and self-effacing person, would be surprised.

Donald’s poems were not lessons or anecdotes. They are invitations to the unending contemplation of ourselves, and things beyond us, that makes the human species a window on creation.

Douglas Crase on the poems of Donald Britton

Feature in The Seattle Review of Books

Britton’s poems are tight and neat, as if edited with a scalpel. He told friends he wanted his work to be universal and to speak to anyone. In contrast to the sometimes flamboyant self-disclosure of many of his contemporaries, his poems offer little insight into his life, who he was, or what made him tick. 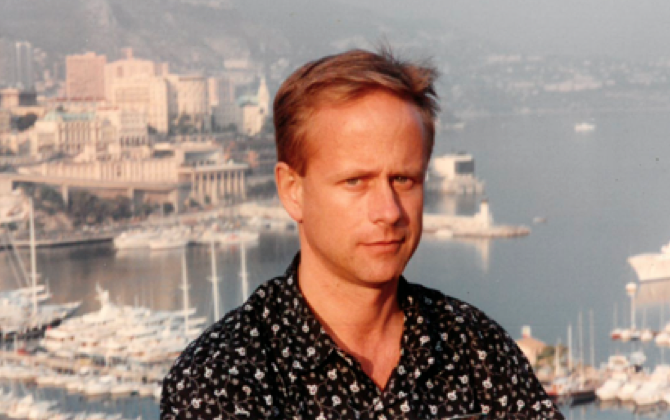