with an afterword by Alysia Abbott

The first retrospective collection of writing, illustrations, and comics by a hero of the Gay Liberation movement and Bay Area underground writing.

Beautiful Aliens: A Steve Abbott Reader is a landmark collection representing the visionary life’s work of beloved Bay Area luminary Steve Abbott. It brings together a broad cross-section of literary and artistic work spanning three decades of poetry, fiction, collage, comics, essays, and autobiography, including underground classics like, Lives of the Poets and Holy Terror, rare pieces of treasured ephemera, and previously unpublished material, representing a survey of Abbott’s multivalent practice, as well as reinforcing his essential role within the contemporary canon of queer arts.

Beautiful Aliens is a book of heart, urgency, intellect, and surprise. Yes, surprise! And not only for those unfamiliar with the writing and the work of this literary powerhouse, but also for those of us who have studied the yellowing pages of out of print books bearing his name. How much more there is to Steve Abbott than any of us could have guessed! Drawing on his experiences within and across communities, Steve Abbott wrote journalism, poetry, and narratives with a complex sympathy, sensitive to shifting cultural tides of the late twentieth century. As optimistic as amethyst, as alluring as his signature shades, as iconic and unexpected as the image of the fallen Tower, these writings assembled thoughtfully by Jamie Townsend are ready to bring down the whole brutish world with a single stab of lightening.

Steve Abbott rarely took anything for granted, in style, technique, or what to say. He granted full credibility to the emotional and conceptual shocks and drift of his human experience. This wide-ranging writing follows the laws of one innate, mercurial nature as it conspired with the cross-purposes and contradictions of this world we share with him. The diversions and fascinations within Steve’s life linger here as texts to prompt anyone’s reflective, ambivalent self-analysis and engagement

‘Death—that’s not the great sadness,’ Steve Abbott writes in his unpublished novel Lost Causes, about Spencer who in his dream realizes ‘[he] hadn’t known until now how much he loved his life… But this sadness also made him horny.’ Reading this sentence for the first time, I was amused. Steve could be philosophical, sensuous, angry, humorous, sarcastic, and candid, but never maudlin. Then I realized how long he has been gone—for nearly thirty years. While his Spencer is definitely a creature of sensation—of “eating, drinking, and fucking”; his waking explorations confirming that he was yet alive, Steve was not just a man of memory and of moment. This collection of his work, Beautiful Aliens—poetry, prose, and essays—proves that his voice has not stopped in time or in death.

All of us who knew the late Steve Abbott will now be happy that the stone has rolled back, to reveal the amazing accomplishment of Beautiful Aliens, poet Jamie Townsend’s masterful take on Steve’s multigenre work. Prose, poetry, journalism, the essay, the comic book, the novel: Steve was driven to try his hand at all these categories, excelling more often then you’d think possible. It’s time that people knew a genius (of sorts) once lived at the corner of Haight and Ashbury.

Abbott’s work doesn’t slot neatly into genres or thematic pigeonholes. It’s one indivisible but porous project coterminous with his life… There’s no separation between fact and fiction, fiction and memoir, Abbott as writer and Abbott as subject. The text exists in an intimate, permanent now.

With tuna casseroles, like with parenting, it turns out to be about getting through the day as best you can, despite the mess in your car or that you’d prefer to be talking to angels. It’s only in hindsight that all those fast dinners and harassed days turn into something. What Abbott probably didn’t realize at the time he was being an “alien” in the Haight—a swinging, young, gay, single parent—and lamenting his double duties as parent and poet was just how much his unorthodox family acted as its own front in the battle for gay liberation, and how his legacy would outlive him, beautifully.

Abbott’s work has a freedom and casualness not found in many poets prior to his generation. He’s able to toss off lines like, “The sky is so full / you hear footsteps on the roof” or drop in a line like, “So far as I know / Chairman Mao never wore a dress.”  It’s his knack for not taking the world too seriously which makes Abbott such an endearing writer. His work is casual, but never sloppy. He’s always precise.

-Mike James, As It Ought To Be Magazine

Joseph Bradshaw: I’d like to begin with you providing a little background on Abbott: Who was he? What was his place within the Bay Area literary world?

Jamie Townsend: Steve is a pretty unique figure in the history of Bay Area writing. Like a lot of queer young men in the 1970s he was a transplant to SF, but unlike many others he was a recent widow (his wife Barbara died in a car accident just months earlier) and a single parent, moving there from Atlanta with his young daughter Alysia in early 1974…

The loss of Steve Abbott at age 49 to AIDS in 1992 has never been forgotten within the San Francisco poetry community. Beautiful Aliens: A Steve Abbott Reader illuminates what the nagging heartache has been all about. I don’t remember a time when I hadn’t heard of Abbott, even though I know it was well before I’d ever read a word written by him.

When Steve Abbott drove his VW bug over the Golden Gate Bridge into San Francisco in the summer of 1974, there was a palpable queer energy, like a hot wire, running through the City by the Bay… Beautiful Aliens is a selection of Abbott’s essays, fiction, poems, and poetry cartoons, illustrating Abbott’s creative range and versatility.

It’s a gorgeous collection brimming with Steve Abbott’s wit and insight, highlighting an intelligence lost too soon, as so many were.

Abbott’s work through this collection, much of it widely available for the first time, has a wonderful and wild energy to it, moving in multiple directions simultaneously, and jumping from project to project. The book itself is a curious collage of styles and experiments, as Abbott’s literary shifts echoed very clearly the shifts in his own interests and concerns, all with an urgency that moves back and forth from wildly energized to desperate.

Upon opening Beautiful Aliens, it becomes quickly apparent that Abbott’s most abundant talent was in making connections. Abbott edited his own little mag (the influential and vaunted Soup), wrote reviews for Poetry Flash and a variety of gay newspapers, and continued to labor over his own creative pieces, all while having an active love life and raising a daughter as a solo parent during a period when such domestic arrangements were virtually unheard of.

It is a testament to his rare talent, then, that so much of his writing is of such a high caliber.

A reader is the ideal format for Abbott’s sprawling work. Just as Abbott was capable of moving between many different communities, his relation with genre is similarly porous… Townsend’s editing work on Beautiful Aliens makes it possible to see Abbott’s development in these different genres, together with thoughtful contrasts that variously clarify and complicate Abbott’s developing sensibility over the years.

I found Beautiful Aliens, A Steve Abbott Reader edited by Jamie Townsend, published by Nightboat Books in New York to be that rare thing – a voice from the past that addresses the present.

Abbott seeks to break down boundaries even as he notes the importance of drawing, redrawing, crossing, and crisscrossing them in the search for a more ethical mode of social organization, both on a local and a planetary level. What this Reader explores most of all is the ethical question of how we might live our lives across the ties and blocks of love, friendship, activism, and family (with the latter understood well beyond the heteropatriarchal nuclear unit). The role of the poet (or writer in general) as an orientation, an identification, a stance of being in the world, was above all Steve Abbott’s most precious chosen call.

Reading his writings, I’m surprised at how relevant much of it is today. As in, I am surprised he was writing some of this stuff in the 1970s or 1980s rather than in the 21st century. Was he really that ahead of his time? Or has the world not changed much since he was around? (In fact, thinking about how little some of the things he mentions have changed does not seem to bode well for our ability to ever change them). Maybe the editor (Jamie Townsend) was really good at picking the works which would appeal to current readers and cutting out anything that was too dated. Or maybe it’s just that we are all Barbara Yung and the time between the 1980s and now is not enough for us to notice the movements of the glaciers that are carving our world.

-The Notes Which Do Not Fit Blog
Show More +Show Less - 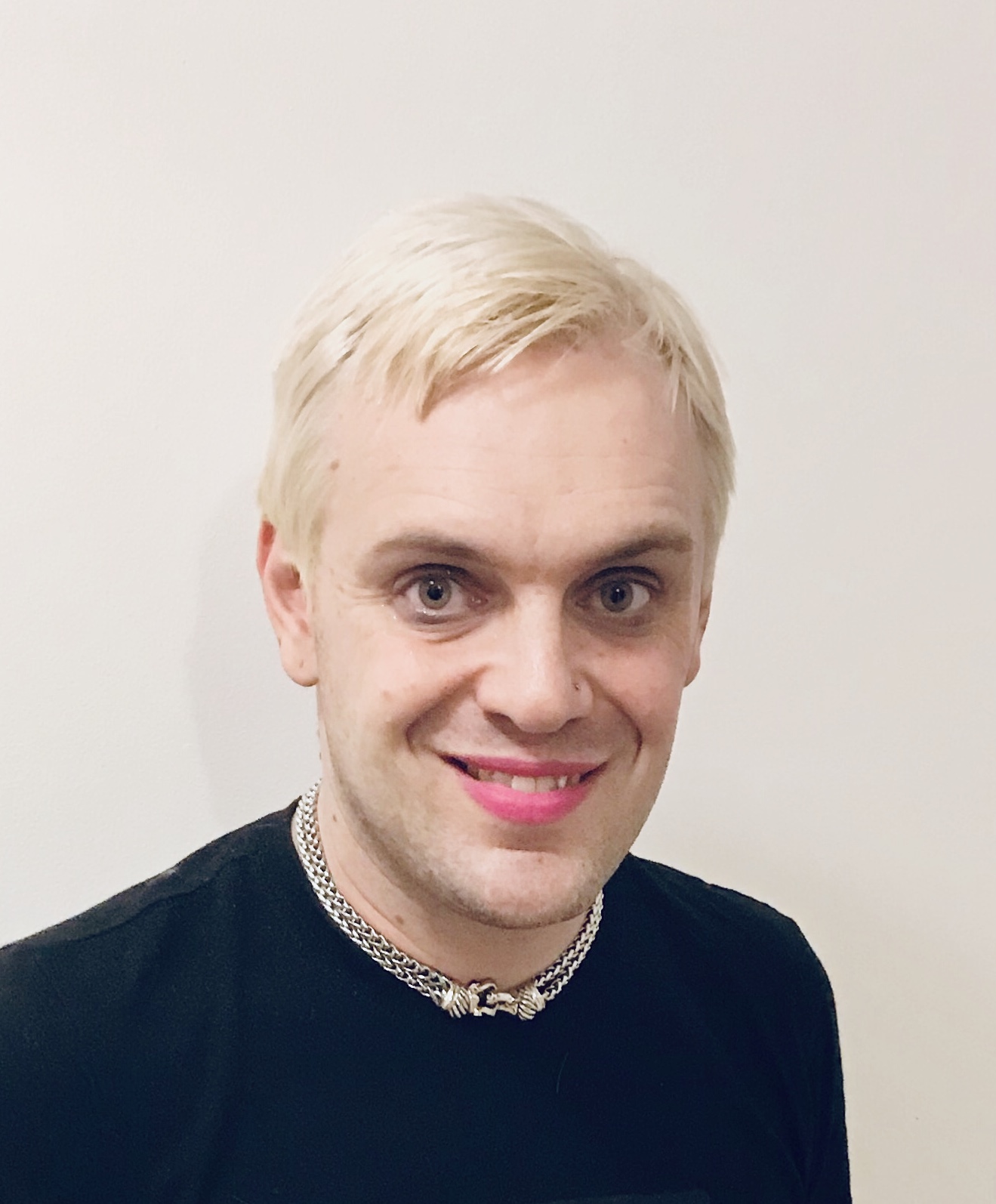 Jamie Townsend is a genderqueer poet, publisher, and editor living in Oakland, California. They are half responsible for Elderly, a publishing experiment and persistent hub of ebullience and disgust. They …