A Little More Red Sun on the Human

A selection of poems by celebrated poet Gillian Conoley that spans her arresting body of work: from the idiosyncrasies of Texas girlhood toward an encompassing inquiry into spirit and matter, individual and state.

FINALIST for the Golden Poppy Awards

FINALIST for the California Book Awards

Conoley’s poems have a singular energy like an organ solo or a shotgun resorting to storytelling. She adds tool handles to our histories; a set list for our waking souls. And an instrument of self-reflection that a landscape might ponder itself with. On her page, our natures get away with nothing. All cradled by a ruthlessly loving dance of language; in her poems we meet our twins.

Masterfully composed in the hot spaces and so rhythmic sounds Americans have put to their times. ‘Like gold into scar/a twister in the skull.’

Nimble, inquisitive and intelligently elegant, the poems in this much anticipated volume reorient phenomena to make meaning with it: personal, inviting, knowing, and necessary. The range of Gillian Conoley’s poetic attention is a marvel.

Are we allowed to enjoy poetry this much? These poems are so pleasurable it’s nearly felonious. Their narratives point to both the ordinary and the deepest dream-real in the saturated colors of fairy tales. They remind me to watch the way a mail carrier walks or what it feels like to be lost in language’s musical woods—meaning, they are alive to life, and that living is infectious. “Do you feel a light in the sun/on your back, piercing through the water, it’s a light—said the said the I.” Bask in that.

Over the course of her career, Conoley’s style has developed from lyric poems recounting a Texas girlhood, to fragmented sequences that play with language and perspective, to roving, cinematic poems that address history, art, biography, and language. Winner of the 2017 Shelley Memorial Award, Conoley makes this transformation visible in these selections, which the poet has organized into sequential, thematic sections independent of her seven collections, introducing unfamiliar readers to her aesthetic preoccupations and concerns.

Gillian Conoley’s A Little More Red Sun on the Human: New and Selected Poems, with Nightboat Books, won the thirty-ninth annual Northern California Book Award in 2020… This interview was conducted in the fits and starts that defined the creative process for many of us during the COVID-19 pandemic. Gillian Conoley and I corresponded over the course of many long months between June 2020 and April 2021, a timeline that fostered a uniquely expanded approach to the interview process and established a connective thread during a time of inviolable physical distance. This conversation considers the evolution of Conoley’s work, literary (anti)authoritarianism, craft, and the role of having a practice (in these seeming end-times and otherwise).

Like a movie camera panning from one spot to another, Conoley’s early poems carry us into an oddly familiar world without ever landing in a well-known terrain, such as transcendent revelation. Starting out with poems set in Texas, where the poet grew up, Conoley moves – literally and figuratively – into a wider, deeper world.

The collection I’ve returned to most this year is Gillian Conoley‘s A Little More Red Sun on the Human (Nightboat Books). It’s a nearly-300-page compilation of Conoley’s restless, often enigmatic poems, and it demonstrates—to me anyway—why she’s one of America’s most singular voices.

Conoley foregrounds the immediacy of our experience of language, its materiality, through the silence, rupture, and elision that she invites into her poetry. As the book unfolds, we witness Conoley, like the speaker of “Native,” “taking the meaning / and giving back the meaning / as the photographs do with the life.”

MS: What insights came from seeing your poems all across the years in one place?

Conoley: Gratitude. Gratitude that I had found something to do with my time, and that I still have time. That working hadn’t killed me. And gratitude that someone had wanted to put so many of my poems in one place.

This work is the warmth of the sun inside us at night, the crushing duty of life support. Living in our world is like opening a door to see light at the end of a tunnel, but forging ahead blindly and finding peace in shadows.

To read Gillian Conoley’s poems is to enter the world of the uncanny; it looks and feels like our world, but something is a bit unsettling. And perhaps that’s what our world really is, only we are unaware of it until her lines bring the darkly lit, cinematic, revelatory scenes to the fore.

June: Putting together a book of new & selected works seems like a truly singular experience as a writer. There’s so much to consider and, I would imagine, the process opens such a reflective space. What was this whole process like for you? Did anything come up that was unexpected?

‏‏‎ ‎Gillian: Yes, a distinctive experience: at once difficult, unusual, strange, joyous and ultimately satisfying. From the beginning I knew I wanted to do something different, to make a new book of all the material rather than a sort of “greatest hits” selected. I love the arc and trajectory of whole books—why not try this with a new and selected?

Click here to read the rest of the interview on our blog!

Through Conoley’s poems, we are reminded that, while we may often feel like the rulers of our universe, there will be days when we do not, and we must embrace the playfulness that arises when we aren’t so busy keeping track of time. The poet’s duality between frolic and wit shows us that we stifle ourselves when we constantly try to control what we feel, perceive, and expect in life. Through their inventive retrospection, Conoleys’ poems create new universals for our secular world.

Wide-ranging stylistically & tonally, from tight early lyrics, to a more ‘experimental’ fragmented middle period to the sprawling, yet precise new [de]compositions that transcend the distinction between lyric and narrative, there’s yet a consistency of vision, elegant freedom… throughout.

This epic 320-page-plus collection is a necessary addition to your poetry library. In it, language feels as if it has been reinvented in order to speak the truth of this new age where the pillars of thought we once relied on: history, religion and memory, are at once questioned and reexamined and where the natural world still rises like a phoenix from the havoc we’ve made.

“There are many innovative poets writing now, as Conoley does, freed in varying degrees from continuous discourse, description, argument, etc., but very few of them deliver her sensual impact, cogency, her vivid language, her downright human importance: among today’s innovators she flies virtually soul-o. Poem after poem, there’s intuitive rightness to her words that yields something of the wonder of flocks of birds, schools of fish, veering in their mysterious unisons. Across her career, too, her subjects range widely, from the ambience of her small-town Texas youth, through astronomy, Einsteinian physics, Gandhi, the politics of peace, love poems, and more, all seen in their various lights, sumptuously imagined. Her approach in editing this new and selected, as she explains in a preliminary “Author’s Note,” is to alter these poems’ original order, so that, while they appear in roughly the same time line, they’re combined differently in newly titled sections to read as a new book. It’s a big book, indeed, of almost fearsome drive and sustained creativity.” 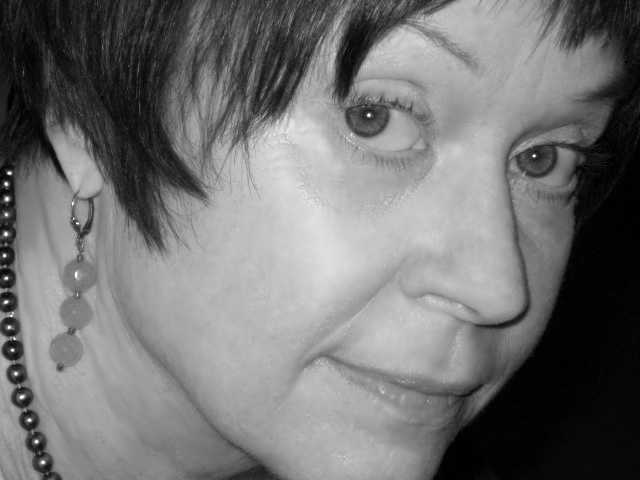 Gillian Conoley is a poet, editor, and translator. Her ninth collection, NOTES FROM THE PASSENGER, is forthcoming with Nightboat Books in 2023. A LITTLE MORE RED SUN ON THE HUMAN …