A Fast Life: The Collected Poems of Tim Dlugos

A Fast Life establishes Tim Dlugos—the witty and innovative poet at the heart of the New York literary scene in the late 1970s and 1980s and seminal poet of the AIDS epidemic—as one of the most distinctive and energetic poets of our time. This definitive volume contains all of the poems Dlugos published in his lifetime, a wealth of previously unpublished poems, and an informative introduction, chronology, and notes assembled by the volume’s editor, poet David Trinidad.

The Frank O’Hara of his generation.

There’s more to Dlugos than his posthumous legend suggests—and yet the legend is reason enough to revisit his work. No story of gay American poetry would be complete without an account of his urbane, openhearted, and various works, admired before and after the poet’s death from AIDS in 1990. He’s sometimes remembered as a hip New Yorker, a link between uptown and downtown scenes, whose poems amble unguardedly, first winningly, and then hauntingly, through the days and nights of his life: “it was more fun,” one late poem muses, “before I knew/ my poetry could never be a spaceship/ to speed me far away.” Those earthbound poems also record, by name, his links to other poetic lights: Bernadette Mayer, Eileen Myles, David Kalstone. Some of them fall between meditations and rambles, unspooling his thoughts through several pages of free verse or boxy prose. Yet Dlugos did at least as well with his shorter poems, written in Washington, D.C., in the 1970s as well as in New York in the 1980s; in them, he was very much out of the closet, attentive more to feeling than to narrative, and delighted to put the legacy of Frank O’Hara to compact and beautiful use, as in “The Steven Hamilton Sestina,” tricky or ingenuous sonnets, the airy poem of infatuation entitled “Lunch with Paul,” or the anthology-worthy “American Baseball.” This ambitious collection, with Trinidad’s foreword and chronology, might elevate from cult status a poet who did much more than respond to his times.

The publication of Tim Dlugos’s collected poems should invite a reassessment of his work as that of an important American poet of the late 20th century. This is true because there are several major poems here that cannot be ignored…

The lightly enforced trimeter and the single glance of rhyme create in these lines the very sense of fitful gentleness that they request, and as one reads from the nervous posing of the early poems to the ease of the later work, the history of Tim Dlugos’s poetry appears as a gradual accession to grace. In the final poem of the volume, Dlugos declares himself “D.O.A.” His readers will be apt to disagree.

In the past decade, there have been a number of critical additions to, and clarifications of, the twentieth-century avant-garde canon. Consider, for instance, the recent emergence (or rather reemergence and resurgence) of Ted Berrigan, John Wieners, and Ed Dorn. It’s time to add the name of Tim Dlugos (1950-1990) to this roster of archival resurrections. Dlugos’ Collected charts the artistic output of a singular talent most commonly associated with New York City—in whose literary scene he was ubiquitous from 1978 to 1990—who in fact wrote his best poems as a recently-out college student in Philadelphia in the early 1970s. This early work is that of a young man still coming to terms with his sexuality and politics; there is a gentle, tentative longing here that would border on the saccharine were the poet not so evidently and deeply invested in every line. Indeed, Dlugos offers us some of the most touching and earnest work ever associated with any wave of the New York School. The poet may have self-identified as “part of the nostalgia craze,” and certainly there’s more than a hint of the sentimental in many of these poems, but it’s also true that no understanding of American poetry in the seventies or eighties would be complete without some exposure to, and appreciation of, these highly personal—and yet also highly political—lyric poems.

What is this beautiful and brilliant body of poetry about? In what you could call Dlugos’s manifesto–“About My Work” dated April 10th 1975–item number one is: “I try to write out of the time and space I find myself in.” It is such a joy to read these poems which chronicle a time and a number of places most vividly, but mostly there’s the pleasure of reading artful poems that embrace you with love and deep feeling. 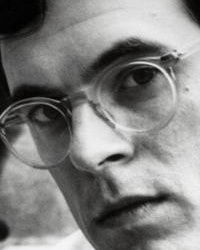 Born in 1950, TIM DLUGOS was involved in the Mass Transit poetry scene in Washington, D.C., and later, in New York City, in the downtown literary scene. His books …