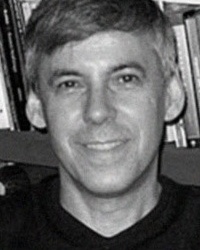 DAVID TRINIDAD is the author of more than a dozen books, including The Late Show (2007), Phoebe 2002: An Essay in Verse (2003), and Plasticville(2000), a finalist for the Lenore Marshall Poetry Prize. He has received awards from The Fund for Poetry and the New York Foundation for the Arts, and his work has appeared in numerous periodicals and several anthologies, including Best American Poetry, The Outlaw Bible of American Poetry, and Postmodern American Poetry: A Norton Anthology.