View cart “Camp Marmalade” has been added to your cart.

This vital collection, the author’s collected poems, restores to print and prominence the work of the elusive poet Douglas Crase, best known for his award-winning collection The Revisionist.

MacArthur “genius” Douglas Crase is best known for his invocations of the American landscape and Transcendental tradition. Out of print since 1987, The Revisionsist has been enough in some opinions to establish him as one of the most important poets of his generation. Its influence persists, says The Oxford Book of American Poetry, as a “formidable underground reputation.” By combining that book with Crase’s recent chapbook, The Astropastorals, Nightboat Books brings Crase’s underground reputation to a wider audience for the first time in thirty-two years.

This is such anticipatory, massively omniscient edging work. It’s a tone you’d expect a poet to hit here or there but Doug hits it always and I don’t know that he “knows,” or his poem knows but there’s a temptation as a reader to want to stay in it always. He’s not saying it’ll be okay. But even, not meekly, that there are patterns.

Crase looks at the city and the landscape with the amused, disabused eye of a lover. Revisionism, in his supple argumentative poetry, turns out to be something very close to love.

Douglas Crase’s dancing eye or is it ear, lost, restless, nervous, and insistingly singular, charges words with the task of unmasking the ordinary. “The reason for love is / retrieval.” I can’t think of a better time to revisit the poems in The Revisionist which now seem prophetic. With Astropastorals, his sharp eye continues to meticulously map the restless, shifting, ambiguities of the American scene.

The Revisionist is a lasting poetic achievement addressed to a once and future idea of a land driven by “energies of terrible belief ” and by a future “hardly big enough for the past.” But for all the intoxicating urbanity of these poems in their syntax, reflexive mood, exalted octaves, panoramic desire, and no small feat of engineering, Douglas Crase’s rare artistry figures a capacious refusal to plead innocence. Instead, a “circumstance of invasion” haunts U.S. American memory wherein “every road leads home and none is getting there.” Even turning to the cosmos from the stand point of earth, money, and “the law of large numbers,” The Astropastorals wonder moreover what it means to be a “guest among stars.” In Mark Ford’s superb introduction we meet again a poet of the day, an “original and highly charged idiom” ready to restore “the ebb and flow of belonging inherent in the idea of democracy.”

Thinking here has been arrayed with grace enough to belie its density. Crase’s linguistic domain is at once tantalizingly abstract yet present and palpable. His poems are alive on the tongue while being read and even more so days later, as a recollected fragment surfaces unbidden amid the flux of thought.

Crase renders the most familiar tropes wonderfully strange, these “revisions” of a received canon proving as subtle as they are provocative: “A century Begins,” he explains in “To the Light Fantastic,” “begins because it discovered/ The rights of man, or unearthed light.” Elsewhere, wordplay suggests an ecstatic mystery: “The mitigation remembers the mischief,/ And nothing’s repaired except to engender it/ Different. All things are wild/ In the service of objects.” This expertly framed volume marks a lasting contribution to American poetry.

Substantial poems very much addressed to a listening ear, sometimes identified as a loved-one, and spoken very correctly in a language of description and abstraction with distinct and logical use of figuration.

For Crase, desire is a way of starting again, if not quite starting anew, and it enjoins another longing, or hope: that your strongest attachments needn’t be your most appropriative ones. He dreams – sometimes rhapsodically, at other times ruefully – of acquisition without possession, and the work he adores lives this dream as a kind of calling (‘Anybody knows,’ Stein wrote, ‘how anybody calls out the name of anybody one loves’).

I had heard that Douglas Crase’s only full collection, The Revisionist (1981), was something else, but I was still astonished to encounter its grand, cracked, almanac voice. The Revisionist and The Astropastorals (Carcanet), with a welcome introduction by Mark Ford, reprints all of Crase’s published verse from 1974 to 2000. The Revisionist’s “sinuous, semi-abstract landscape poetry”, as Ford puts it, evokes an America we are still trying to imagine today: “What have we done? Is it true the English / Could have called Long Island as they did, Eden? / Anyway, if the seas keep warming up it will all be gone”.

For various reasons, The Revisionist has stood as Crase’s sole book of poems for nearly forty years, and has long been out-of-print.  Fortunately, it has just been reissued in a new edition by Nightboat Books, now gathered together with a more recent work titled The Astropastorals…

The new edition features a valuable introduction by Mark Ford, who reminds us of the “exclamations of wonder from poets and critics across the spectrum when it first appeared,” from Ashbery to Anthony Hecht to James Merrill.

Douglas Crase’s poems are objects of profound and gentle beauty, both in their deliciously poised idiom, and in being monuments to the protean moments of a vast genera of life: civic, environmental, economic, stellar.

Q: An initial question I’d love to know the answer to is the very clichéd: ‘When, how and why did you start writing poems?’

A: Clichéd maybe, but it’s still hard to answer it precisely. A lot of life intervened and I was nearly thirty before I began writing the poems in The Revisionist – although I can’t remember a time I didn’t want to be a writer. My first lengthy attempt was a novel, written mostly on the school bus when I was ten. I grew up on a farm in Michigan and loved the place, the animals, fields and woods, the freedom. So my novel was about a boy and his horse (talk about a cliché) who save their local forest from illegal logging. A favourite great aunt saw this effort and the next year gave me a real book – I would have been eleven – her own copy of Leaves of Grass. It was bound in green with blades of grass in gold along the spine. By the time I’d read as far as the ‘mossy scabs of the worm fence’ I knew the world had changed. I hadn’t heard of sermons in stones or tongues in trees, but from that moment on the whole farm spoke to me in the voice of Whitman. As you would expect, the next thing I wrote was a bad imitation of that voice, my first poem.

For Crase, heaven is territory rather than faith, and unlike those in his visionary genealogy his is a “godless distance”, seemingly ripe for exploration. 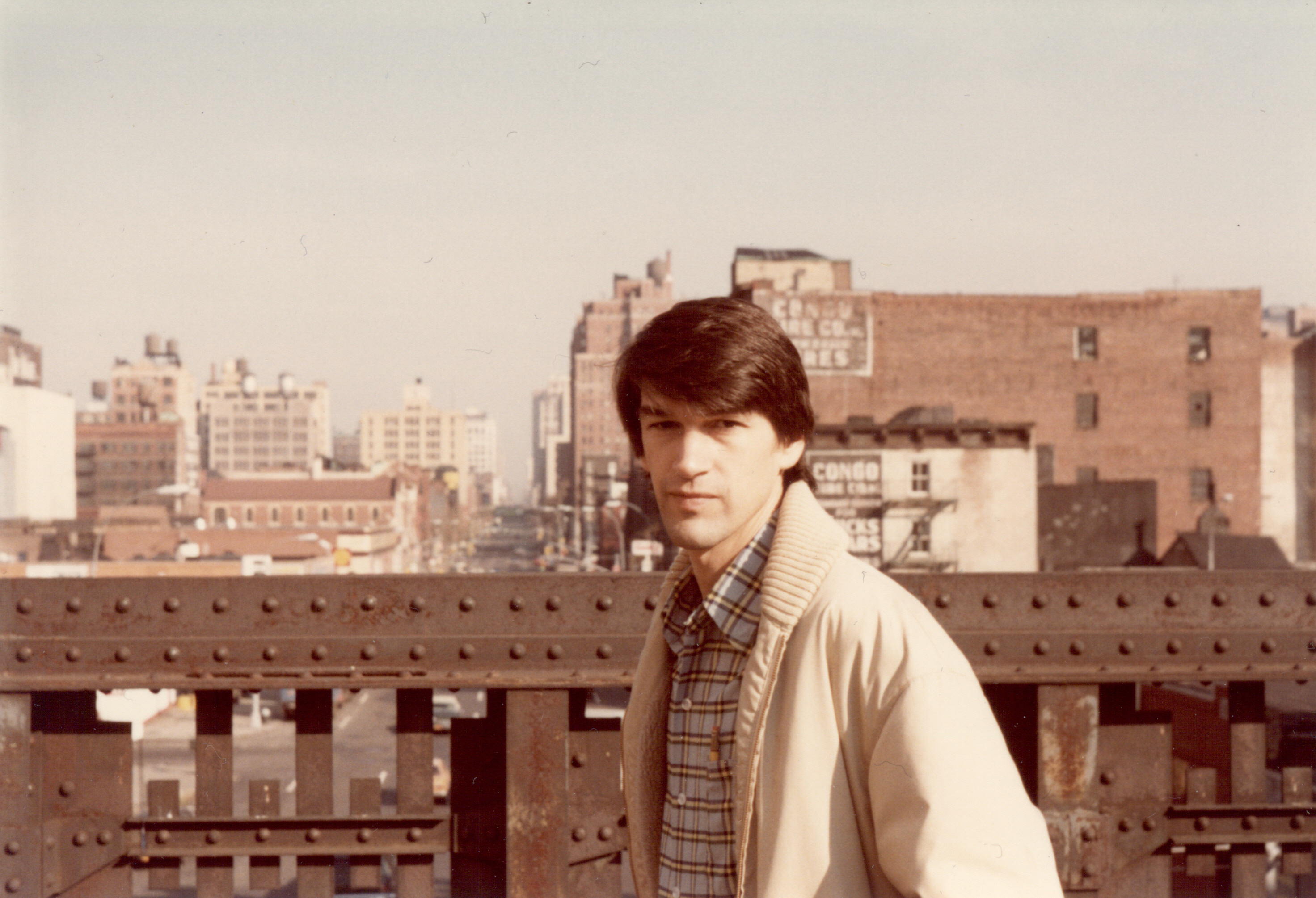 Douglas Crase is an independent poet and essayist. He was born in Michigan in 1944, raised on a farm, and educated at Princeton. A former speechwriter, he was described in …