Two writers sail to a small island to search for a lost portrait of a beloved French writer.

On the Greek island of Patmos, where St. John received the Book of Revelation, two writers find themselves mired in an uneasy sense of timelessness, where history and the present jumble together. As they hunt for a lost portrait of the iconic gay novelist Hervé Guibert, they discover that the island’s insistent isolation from the global catastrophe surrounding it, from the refugees interned on nearby Samos to the fascist rise in Europe and the United States, is more pose than reality.

Haunting and beautiful and full of phantoms past and present, Skyland rewrites the mythic.

In Skyland, Andrew Durbin searches for the final image, an icon: the portrait of a writer who wrote his death. Durbin’s inner necessity exceeds the bounds of his story—swimming, dining, finding sex, getting in trouble. He’s on a Grecian holiday with his buddy Shiv, they’re tourists, right?  But Durbin’s anticipation conveys a sense of faith—faith in what?—in his life-in-death or death-in-life, in a fiction that gives him access to the present.  History falls away till it comes crashing through, as is its wont. Reality and unreality trade places, then trade back again. A boat finally arrives—to ferry them across Styx to the underworld, across Lethe to oblivion, or across the East Aegean to the next party beach.

Gusty, luminous, elegiac, and unexpectedly moving, Skyland is a languidly-paced meditation on the fecundity of objects (be they imagined or finally discovered) and a quietly hedonic seaside travelogue. While the quest for the lost portrait of Hervé Guibert keeps things taut, the scantness of events otherwise is a joy—the book’s amplitude is manifest in an economy of details, mostly visual descriptions, rendered in decisive, elegantly understated prose.

Durbin’s loose, impressionistic novella — about a writer who visits the Greek island of Patmos to find a painting of the cult novelist Hervé Guibert — offers many of the sly insights and scabrous pleasures of Guibert’s own work.

Certainly, there is more than meets the eye in this slim novella. Skyland tells a story of lust and desire — for men, sure, but for something more complex, too. It’s a story about reaching new planes of discovery within one’s creative practice. Ultimately, Durbin is most interested in pushing the boundaries of what is considered fiction.

Epochs collide in Skyland: ancient Greece, Paris at the peak of the AIDS crisis, Summer 2017 on Patmos, and, for today’s readers, the moment of racial reckoning
we’re witnessing now.

In Durbin’s lush, languid novella (after MacArthur Park), a writer flies to Greece in search of a painting while romanticizing its subject, the French writer Herve Guibert, who died of AIDS in 1991… Durbin’s dreamy, sensual odyssey gamely harkens back to a bygone era in gay lit.

Guibert has even inspired (fictional) pilgrims, as he once predicted; in Andrew Durbin’s novella “Skyland” (Nightboat), two young men search for a lost portrait of the writer on the island of Patmos.

Durbin’s is the kind of lackadaisical trip where you drink retsina for breakfast, chase patchy internet to cruise men on the apps, meet a French stranger on the beach and take him up a nearby hill to fuck in private… The book revels in its loose, unfinished quality, weaving tidbits from Guibert’s life and work together with more immediate impressions and anecdotes.

Based in part on Guibert’s posthumously published Paradise, Skyland is a dreamy odyssey haunted by a central absence, the kind of tragedy of longing that the French writer perfected.

Skyland mentioned in Benoît Loiseau’s essay on Hervé Guibert in The White Review!

Skyland is a nice example of fiction tinged by the terror of our contemporary age without being subsumed by it… So even if Durbin’s “biography-through-the-periphery” about Guibert remains largely unfinished, he has written something even harder to define, an airy-yet-ominous diary of a wine-fogged week on a biblical island, one that—like “the missing portrait of Guibert”—hovers right there in front of us, nudging us along, floating “just out of reach.”

-Will Harrison, The Hudson Review

Although he does not find the painting of Hervé Guibert he is looking for, he finds instead another Tsarouchis painting of two beautiful boys sat on a rock, one that ‘allowed us a glimpse of the past we would never access, one that preceded us and could never be undone’, but which also bring to light an imagined menagerie of gay men — a cruising coterie, summoned in solidarity.

Andrew Durbin’s SKYLAND (Nightboat Books, 2020) is my book of the year. What a curious little book that is, at once haunting and haunted — quite literally. Durbin takes us on a voyage to a Greek island as he searches for a long-lost portrait of the late French author Hervé Guibert, supposedly painted by Yannis Tsarouchis. Those familiar with Guibert will relish in an abundance of biographical and conceptual references (the French aesthete was himself obsessed with the idea of a ‘ghost image’ — the title of his 1981 essay collection written in homage to Roland Barthes’ CAMERA LUCIDA). Others will appreciate the escapist intrigue and riveting prose. In good Guibertian fashion, it is unclear how much of this novella is fiction, but that’s beyond the point. SKYLAND is the travelogue to a journey without a destination; a salute to the departed. 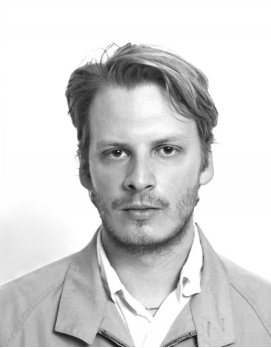 Andrew Durbin is a writer who lives in London, where is the editor of frieze magazine. He is the author of Mature Themes (2014) and MacArthur Park (2017), both from …