A debut collection of love poems that resist subjection and ask how we might live together outside of capitalism, providing for each other through intimate acts of care and struggle.

In Permanent Volta, here are love poems about how queer intimacies invent political and poetic forms, how gender deviance imagines post-sovereign presents and futures. Full of bad grammar, strange sonnets, and truncated sestinas, these poems are for anyone motivated by the homoerotic and intimate etymology of comrade: one who shares the same room. If history sees writers as tops and muses as bottoms, these poems refuse, invert, and evade representation. Here, muses demand wages, then demand the world.

“A paean to the disruptive power of queer desire, Rosie Stockton’s rhapsodic debut, Permanent Volta, embodies a poetics of the swerve, of switch life beyond butch and femme, where we inhabit, kaleidoscopically, the pleasure-pains of Eros’s excesses. We are hailed, are beckoned by, Stockton’s visionary imperatives: ‘it’s time / for love / in the time / of dollar store cutlery.’ We torque to find a way to love under late-capitalism, awash in the luxurious bliss of Permanent Volta, with Stockton as our humble guide.”

“Brainy, bratty, witty, libidinal, vulnerable, this book is a ‘bad sub,’ a queer comrade you can trust to show up on the front lines of resistance.”

“A fresh take on contemporary subjectivity and gender (‘deep in my reliquary it rots like gender’), Permanent Volta is necessary reading for those of us who aim to re-invent the future.”

“These poems rise, softly recede and then spill forth—like a body of water, like a ‘spilt glass of wine’, like desire itself. In this collection, an addicting world of eroticism and fantasy is carefully constructed, while the speaker remains firmly rooted in the reality of materiality, grasping with its bleakness, while finding escape and beauty wherever is possible. Inherently radical, these delicate poems will shatter you in the most pleasurable way.”

“Stockton, who is from New Mexico, is releasing their debut book, Permanent Volta, about gender, sexuality, and love this week. It is a lush collection of poetry about the possibilities of love outside capitalism, and love as a way to resist its abuses. The poems are exceedingly relevant to our uneasy time: about hating work and being broke, but also about being in love, and needing sex, luxury, and care.”

Click here to read the full interview between Rosie Stockton and Alexis Okeowo in Vogue!

Rosie Stockton’s Permanent Volta is a heady and playful debut marked by apostrophes, commands, shrugged epiphanies, rhetorical questioning, and an earnestness that all operate in a shrouded didactic mode… In poem after poem, Stockton explores a bittersweet reckoning with repetition compulsion or rather, tries to understand what it means when we miss the feeling of the “brink” more than the person whose departure creates it.

Stockton would never proclaim that they have the blueprint we need to build this future. Rather, their work reminds us that we must learn how the systems that produce us function and how we are complicit in them. Only then can we destroy them. Stockton reminds us, too, that our resistance and pleasure both insist on welcoming change on an oceanic scale.

THE BELIEVER: I’m really into Permanent Volta as a title, since I read it as a paradox: if a turn or pivot becomes permanent it then exists as motion.

ROSIE STOCKTON: The contradiction posed in the title is one of the main questions I was writing through in this book. As you say, if the turn is “permanent,” it exists in motion, in a constant state of becoming. I was interested in constant becoming in relation to form. Usually sonnets only have one volta, followed by some semblance of resolution in the couplet. How could a “permanent volta” refuse this resolution? I might even distill this poetic question into a familiar political question around reform or revolution: what does change look like within a given structure vs. what does it look like to change that structure? Like so many poets since the 13th century, I took the sonnet as the structure I wanted to sabotage, slow down, hustle, edge, and flood as a way to ask this question.

Click here to read an interview between Rosie Stockton and Ben Fama in The Believer!

And here they are: the queer poems of intimacy we’ve all needed—even if we didn’t realize we needed them.

Stockton is a master of poetic forms and a fiercely committed queer visionary… A reader can jump into this stunning collection most anywhere, and swim in a whirling torrent of images, of sharp thought, of beauty.

Click here to read an interview between Rosie Stockton and Ivanna Baranova in Full Stop! 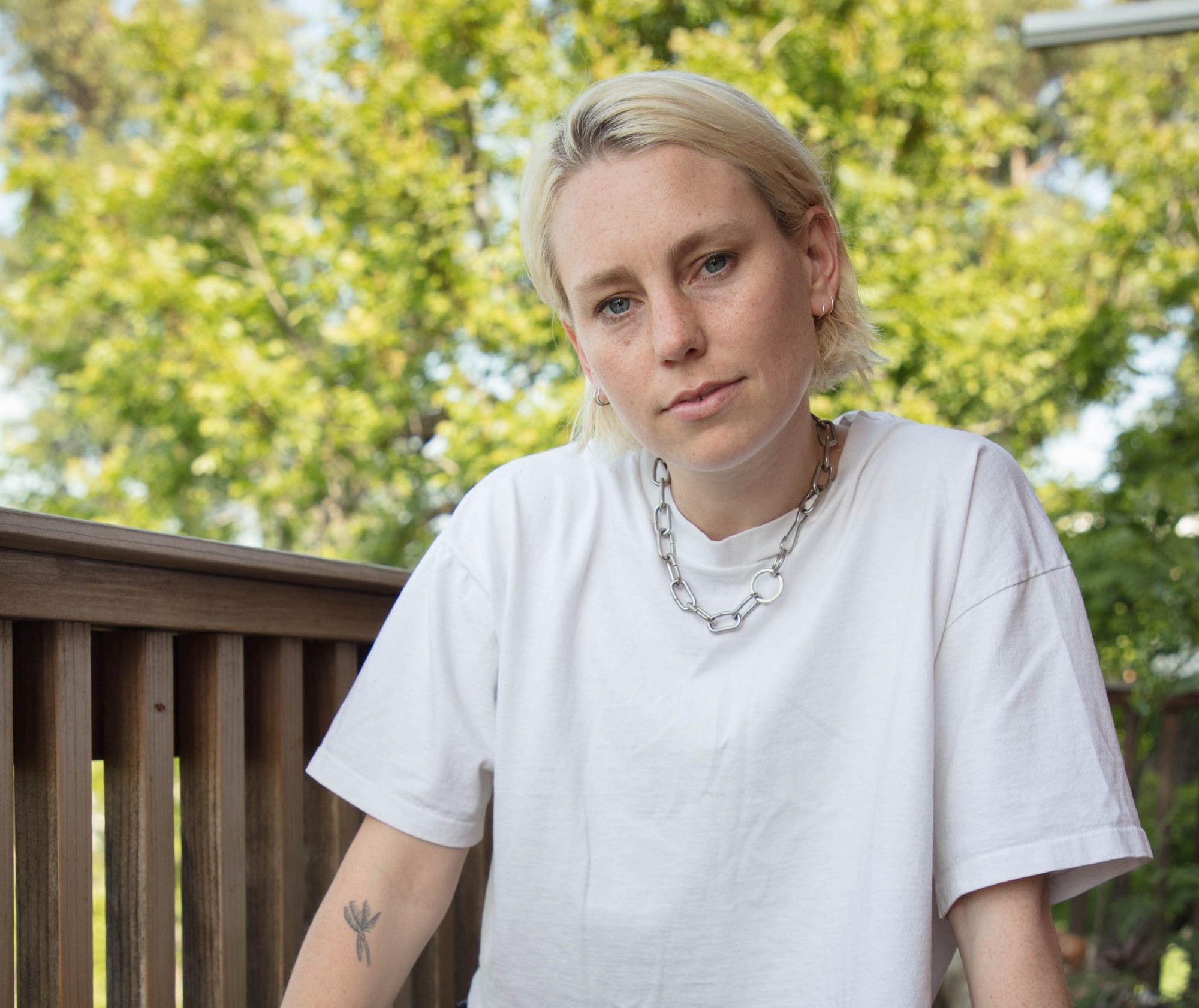 Rosie Stockton is a poet based in Los Angeles. Their first book, Permanent Volta, is the recipient of the 2019 Sawtooth Prize, and is forthcoming from Nightboat Books in 2021 …