Like no poet I have ever read, Raquel Salas Rivera talks to Marx via the monstrous colonial devastation of Puerto Rico.  This genius poet also speaks to Trotsky who said workers could not make art. Here is one of the most riveting, beautifully written declarative poetics of our lives!  A fierce document that fully transfers its radical transformative powers into our bones!

This book digs holes in one’s heart, from which these poems bloom luminous incantations, illuminations, and emotions that only Raquel Salas Rivera could incite. This book should be required reading. Lo Terciario / The Tertiary is a shimmering spell of golden coquís to “defend…against the piercing tedium of colonization.” This book makes me want to start a riot against the colonist-state that doesn’t end until we’re free.

Raquel Salas Rivera’s poetry is a tongue of flame. Like flame, the poems collected here are capable of so much: They keep me warm when I am otherwise cold, they light a path when I am otherwise lost, and they give me shelter when I am otherwise very far from home. When I read their work, I feel understood and I feel able to understand others in a way that’s beyond bodily experience. Rivera is a torchbearer and Lo Terciario / The Tertiary  is their torch. I will follow them wherever they lead.

“By blending the sociological and the poetic, Rivera delivers a withering assessment of the colonial practices masquerading as benign development that have impoverished the citizens of Puerto Rico.”

“Rivera demonstrates to the reader how the debt is not simply an abstraction in the lives of Puerto Ricans, but a force felt concretely on the Island, through, for example, the closing of schools, the Promesa bill, and most recently Hurricane Maria, which devastated Puerto Rico. Here, Rivera holds no punches. She calls to task businessman, academics, politicians, and even stateside Puerto Ricans who have supported policies that have gutted the Island.”

“Salas Rivera’s lo terciario/the tertiary (which was longlisted for a National Book Award) is as compelling a lyric sequence as it is a timely manifesto. But another of its chief successes is as a part of the dynamic and ongoing poetic program of Philadelphia’s poet laureate. This collection by the city’s representative poet suggests that tokenizing brands of representational poetics — programs that allege to hail diverse voices without structurally engaging their communities — are over, at least for now.”

“From that new position of subject, Raquel Salas Rivera plays with the Marxist ideological language with a fluency and a self-confidence that makes it poetic language. The erectile hardness of the language of the political ideologies of left is gufea. It awards you for what they serve, but no more. Because beyond the binary opposition there is ‘the tertiary,’ the desire, the world of affections, of those secondary institutions that manifest themselves in a very concrete way and that also affect reality.”

“The dedication is hypervalient, or very ambitious, or too illusive, or super  old school, or urgently hopeful. I hesitate even. But, without a doubt, it is the first of the many successes of Lo Terciario / The Tertiary (Timeless, Infinite Light, 2018), the most recent book by Raquel Salas Rivera. The dedication reads ‘for Puerto Rico.’ If you open it on the one hand, the poems are in English. If you open it for the other, they are in Spanish. ‘Puerto Rico’ is one of the few names in the book that does not change, no matter where you start reading. There is something overwhelming about this, but I still can’t articulate it. Intuyo, however, that has to do with the following questions: What does writing mean for a country? Who would dare to pledge his word for this country in debt?”

“The tertiary is an expressly queer decolonial response to the PROMESA law. The book-length poem is separated into three sections that take their headings from Marxist ideology: ‘The Debt-Production Process,’ ‘The Debt-Circulation Process,’ and ‘Notes on a Derailed Circulation.’ In the book, Salas Rivera blends the brutal language of political and economic institutions with the intimate language of personal life.” 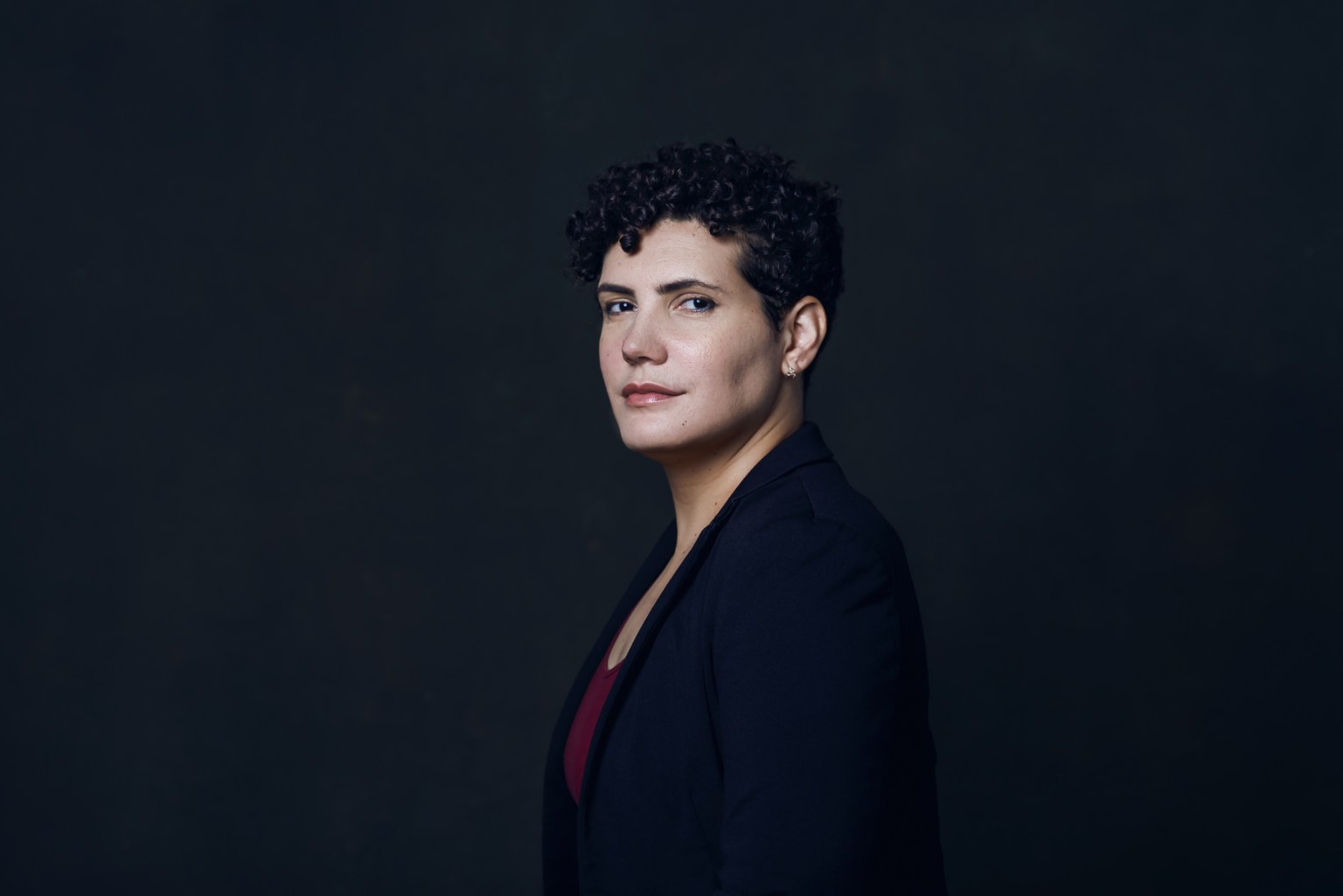 Raquel Salas Rivera is the 2018-19 Poet Laureate of Philadelphia. They are the inaugural recipient of the Ambroggio Prize and the Laureate Fellowship, both from the Academy of American …