A collection by renowned poet and scholar Erica Hunt, spanning from the 1980s to the present.

Erica Hunt writes at the intersection of poetry and emancipatory politics—racial and gender justice, feminist ethics, and participatory democracy—showing us that altering our reading strategies frames our experiences. Ultimately, she finds that words matter, savoring the small ones: articles, pronouns, collective, plural and singular. This collection brings together out of print works and journals of the same period, to speak across “crumpled” time, the past seen from then to now.

“Jump the Clock: New and Selected Poems, an invaluable gathering of pioneering poet, theorist, teacher, and activist Erica Hunt’s poetic oeuvre, is a treasure of lyric and analytic revelations and delights. A key figure in the Language Poetry movement, a pacesetter in late 20th and 21st century women’s writing, and a lodestar for Black innovative writers, Hunt in this collection expands poetry’s range and power and shows how to make the illegible legible. Or as she incomparably reminds us, ‘What we do not dream we cannot manufacture.'”
-John Keene

“Let’s begin with the obvious: Jump the Clock is a significant collection of poetry. Erica Hunt’s poetry is, among other things, the study of being present and of being’s presence across time. Exploring histories of a family, of modes of thinking, of the griefs of Black mothers and women, of a neighborhood, it is poetry lit through by the power of thought’s potential, through language, to tear open new possibilities of experience. This work keeps nonstandard time and calls standard forms and time into question. This is poetry’s power. Opening with a thought in motion—’I was thinking that if the ceiling were mirrored we would have to watch what we say about what we feel,’ we learn that we need to “watch what we say” in order to understand our saying and in order to take care of each other and care of our own unruly selves. We need this poetry at this moment. Serious and illuminating language-play animates decades of brilliant work that rends and renders singular and communal selves. Hunt has written poetry that is ‘an exclamation/[that should be] felt all over the planet.'”

“Like an afternoon of sunshine to plan an uprising, I couldn’t enjoy Jump the Clock
in any way except slowly. In these selected poems by Erica Hunt, one finds poetry between names and their definitions, a poetry of ongoingness to spread past the lines. These poems are embodied. They are meant to be savored and thought with the heart and the mind; they exist in our world. Clear-eyed in their disobedience, cerebral as well as tender, they gently encourage poetry as practice for a new one. The orderings of things are twisted up, seen from above, ‘[until] / balance is fulfilled by the barely contiguous unfamiliar,’ but the disorientations are for getting to language and subjects ‘in the corner of the eye.’ Well-known for her commitments to the political in her writing and life, we’re so lucky to have Hunt’s poems in one volume. She reminds us to survive and redefine. She continues to teach us how to jump on our own timelines.”

Erica Hunt’s Jump the Clock is eerily appropriate for a time when a pandemic has suspended the normal temporal rhythms for so many of us, while laying bare our mortally uneven relationship to those rhythms.

If it doesn’t pay to be an individual, what else is there to be? We may not be able to answer that question “until we enlist sense to illumination and make room for the blanks.” That line comes from Erica Hunt’s Jump the Clock: New and Selected Poems, a sometimes brutal, always brilliant tour of Western individualism’s social and ecological effects.

With a hand over her heart, Hunt leads us by love deeper into our attention to the present, wherein past and future teeter on our tongues, waiting to see just what we are really ready to do.

This collection of Erica Hunt’s poetry might just save you. Including out of print works and others, this volume is one of inspiration, resistance and possibility.

We have lived in one chronology for many decades, of disrepair, divisions and fears. In response, Erica Hunt’s is a full-fronted other way of naming. In every detail and crevasse, her work unmutes voices and refigures necessary community… Hunt is crucial to an analytic poetry engaging in this work.

Erica Hunt has been publishing poems since the 1980s. Jump the Clock gathers nearly two hundred pages’ worth of them. I generally feel like a poet has some level of talent if, in a chapbook, I find a couple of lines I want to quote; Hunt’s book had me nodding or laughing or wincing in appreciation at least every other page. I emerged from it with the sense that she is, whatever this term might mean, a major poet.

In 1994 I wrote about Erica Hunt’s first book, Local History, for the Village Voice. In that review I praised an “insistently high level of self-consciousness” that “pressurizes ordinary perceptions until some small truth that tells on the poet bursts forth.” Almost three decades and several books later, her intensity of utterance continues to produce a verse that springs revelations from the commonplace. Containing selections from all of her books and additional unpublished material, this volume testifies to a sustained vision and the development of a language that veers from the personal to the abstract so smoothly you can’t quite tell the difference.

Hunt here, and elsewhere, presents difficulty with love, and our lives are richer for it.

Poets & Writers: How long did it take you to write Jump the Clock?

Erica Hunt: Jump the Clock assembles selections from five books of poetry written over a span of almost forty years. There are a few poems, never gathered in a volume and unpublished, but the majority passed the “would I read this poem more than once” test. 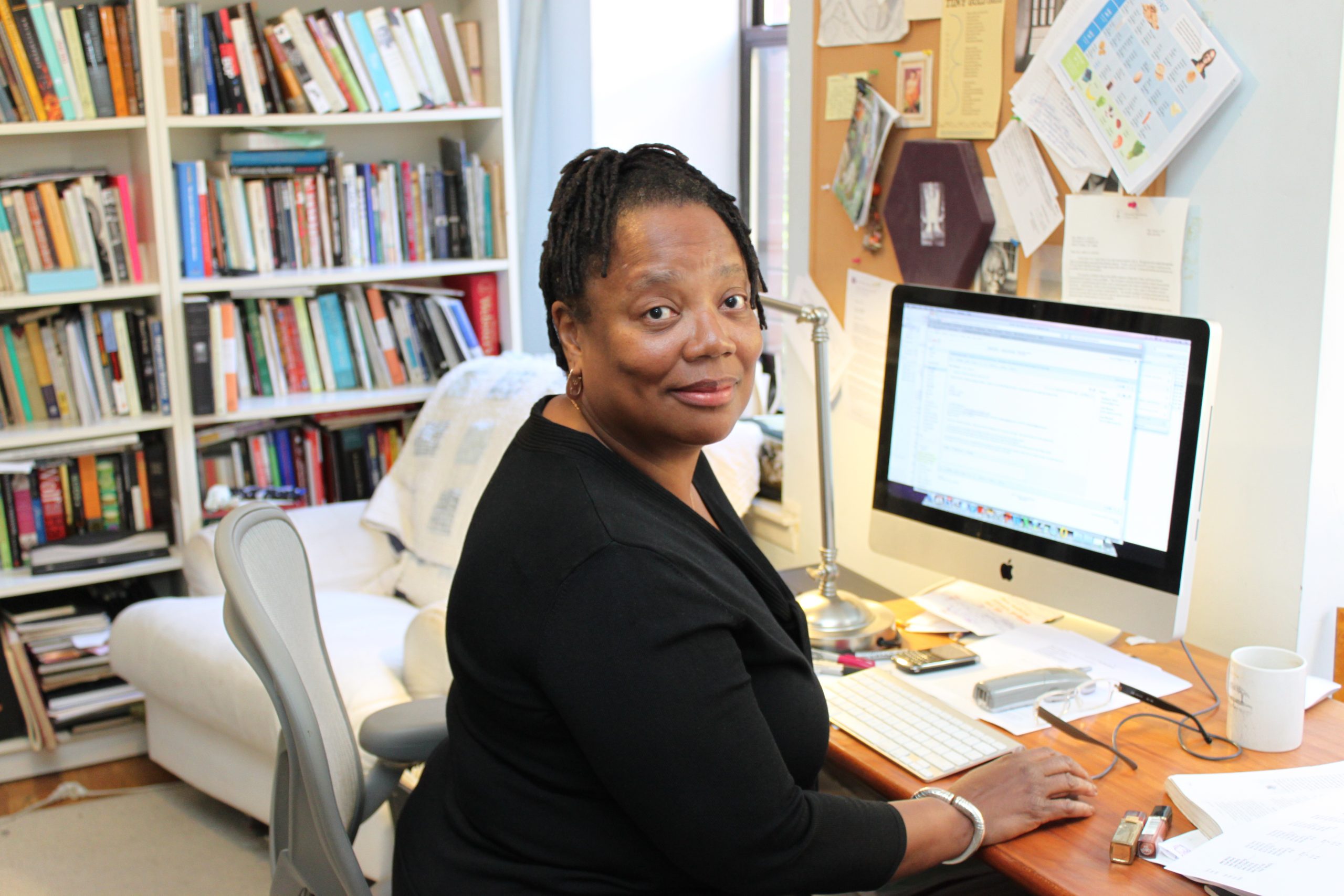 Erica Hunt is a poet and essayist, author of Local History, Arcade, Piece Logic, Veronica: A Suite in X Parts, and Jump the Clock: New and Selected Poems, published by …