This visceral, thrilling collection of stories by prescient lesbian writer Camille Roy explores what it takes to survive as a young sex and gender outlaw in the heart of America.

Honey Mine unfolds as both excavation and romp, an adventure story that ushers readers into a lesbian writer’s coming of age through disorienting, unsparing, and exhilarating encounters with sex, gender, and distinctly American realities of race and class. From childhood in Chicago’s South Side to youth in the lesbian underground, Roy’s politics find joyful and transgressive expression in the liberatory potential of subculture. In these new, uncollected, and out-of-print fictions by a master of New Narrative, find a record of survival and thriving under conditions of danger.

“It’s poetry stretched over mountains of prose, mythic and dirty like a genius’s sex diary told outta the side of their mouth in a torn bathrobe with a topical map on the back that includes genitals, wisdom & lore. It’s held together by love – lost & known. And the healing power of silence. Honey Mine is one hell of a unique book. It’s a study. It disrupts the category, be it literature, fiction, the essay or the lesbian. It says: whatever you have the nerve to do, I will also do. Honey Mine is an inspirational work.”

“This is a huge book; it belongs in the canon of the best queer writers. To read Honey Mine is to be inhabited by the largesse of the word ‘lesbian,’ body, sex, sexuality. And by a lesbian aesthetic of human relations, bookended by the author’s magnificent enduring love with her late partner Angie. These fictions, in resisting…before the theorems arrive… teleological primness, parade language nimble enough to absorb class, cities, memory, grief, shame, without sacrificing a cornucopia of pleasures. Like a tarte tatin, Honey Mine spills over with deliciousness. My tactic vis a vis narrative, says Camille Roy, is really just to bring abandonment into the relationship. She succeeds marvelously.”

“From Camille Roy’s work, I have learned literal worlds; frog-kicked through summers in musty, abandoned cabins, tread the concrete divisions of Chicago’s South Side. In this expansive, formally promiscuous collection, ‘stories don’t work.’ Fiction and fantasy function not as creative effacements of the brute facts of queer life, but as the very means by which that life innovates itself—as relational, as fickle, as an ongoing ‘survival of self.’ Gauntlet of girlhood ideology, love letter peeled open like a garlic clove. Honey Mine takes apart the toolbox of narrative mechanisms; the aberrant languages and intimacies we use to scrape, mould and manipulate one another. Never bowing to romanticism and yet unmistakable in its communion, this is a book that has, in many ways, seeded and re-made me. I am so grateful for it.”

This inventive and substantial collection from poet and performance artist Roy (Sherwood Forest) demonstrates the author’s sharp wit and laser-eyed analysis of gender and class issues, punctuated by perspective on the realities of being a lesbian in the U.S. …Fans of experimental fiction should take note.

Camille Roy’s rich literary collection Honey Mine features outcasts and shows what it’s like to live as one.

This is a collection of writings by a woman as legendary and as unpublished in her circles as Herbert Huncke, Laurie Weeks and other apparitional queer voices. Part of the New Narrative San Francisco tradition, influenced by Robert Gluck, Dodie Bellamy, Kevin Killian and NY School traditions (Frank O’Hara and Eileen Myles) – Camille Roy’s fine new collection recreates the elusive ‘I’ of pre-gentrification lesbian life in which a romantic somewhat innocent young woman becomes cast as transgressive just because of homophobia. Ahh, so transparent when looking back. And this now strange social rejection opens the door to a wonderful life. From sex work to computer industry stock shares, negotiating the sexual life of lesbian utopia San Francisco with all its options.

Emily Colucci: I think Roy’s embrace of the slipperiness of subjectivity, desire, sexuality, etc., as well as enjoying the transformational possibilities of being at the margins, is what makes her writing essential.

What did you think of the Afterword?

Jessica Caroline: I was moved by it. The story from the memorial painted a scene of Angie’s hyper-sociality as a means to diffuse tension. Got a bit teary over that one! Through her grief, Roy expresses a need for resignation from the discourse du jour.

Click to read a conversation between Jessica Caroline & Erica Colucci about Honey Mine in Filthy Dreams! 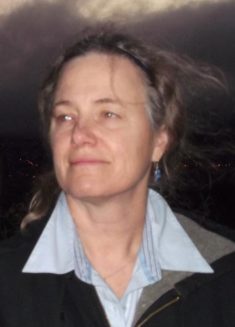 Camille Roy’s most recent book is ​Sherwood Forest​, from Futurepoem. Other books include ​Cheap Speech​, a play from Leroy Chapbooks, and ​Craquer​, a fictional autobiography from 2nd Story Books …