A long poem about contemporary New York ponders self and society in poetry, politics, and the polis.

In hart island, the poet narrator walks and works in the East Village of Manhattan navigating the day to day needs and desires of a community, an organization, a changing neighborhood, as well as her own. The poem, which begins after she discovers the existence of an appropriated, politically walled-off potter’s field/prison, proposes that others are not figurative or metaphorical, but are literal, material—that alterity can be both a limit and radiance.

Stacy’s hart island is so beautiful like the first time I saw 2nd Avenue w cobblestones.  This poem’s no story, but all memory & event splash:

She takes on New York’s “potter’s field” in a mode so quotable meaning full of moments all of me wants to occupy. It’s a good book!

At the core of hart island is a counter-burial project. Szymaszek exhumes utterances past. Better yet, she mines their latent energy by moving them around, accelerating their particles. In doing so, she reanimates the NYC that we heart. The one in which we can tap into the city’s radically democratizing potential as great collider by going out and taking it all in.

One cannot know whether the dark shadow of the city in Stacy Szymaszek’s hart island breathes up through the pervasive cement, the trains, “this veneer of civilization” or whether the poet courts the shadow in order to facilitate a healing integration. What we do know is that these poems enliven the quotidian and any propensity we might have for the ordinary thought. They give us glimpses, as if from the corner of the eye, into cracks in the surface where “how a body becomes unwanted” can emerge. hart island is a brilliant, haunting achievement that calls to mind those striking moments when we think we see the hand of God on an otherwise blue sunny day.

A friend once told me about this notion of approaching the notebook in an anti-imperial way. How does one do that: keep a notebook that breaks apart stereotyping, that shreds capitalism in its methodology as opposed to its statements and containments? I think Stacy’s work does that. There’s an open tenderness, a just-enough vulnerability not at all confessional, adhering rather to a tradition of poet-as-radical-archaeologist, emotionalized surveyor, reflexive inspector.

In Hart Island, there are whispers of people who lie just below perception, muttering multivocal protests of how, based on their status in life, they are placed away and forgotten, invisible shoulders upon which the city (or the poetry world) rests. Not an anxiety of influence, but a murmuring of both injustice and desire to connect, for recognition — for people to either stand at the grave and acknowledge or appreciate, no matter who a person might be or might have been. Toward that, Hart Island is part memory, but it is also active record of life taking place on the page, a liquid unfurling of how language apprehends the incomprehensible about it, as quickly as it takes shape and then dissolves again.

The accumulated sense of reading [hart island] is like a ghostly passage through unclaimed sounds and material objects that become the primary sensuous reality of the written word.

Szymaszek’s book is a kind of Hart Island, then it too is a burial site, where lived moments are fragmentary and fast and both lost and located in their burial in the poem. 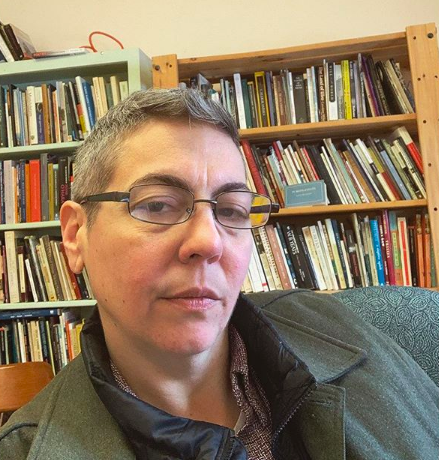