Swensen’s essay-poems possess a dance-like quality as they move into and around artworks; there is a sense of a peripatetic intelligence unwilling to rest on a predictable vantage. Her hybrid method itself offers an experiential lesson in how we can come to art with a willingness to see and see again. 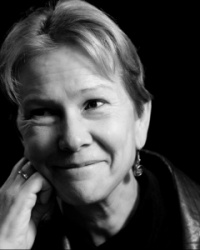