A vibrant work of lyric, conceptual, and confessional poetic modes pitched to enact a queer politics of liberation.

Active Reception opens to the world around us through its myriad life forms—as a book of bottoming, queer kin, and a history of letters that thinks through a mode of writing from the bottom.

“Noah Ross’s Active Reception is a corporeal tapestry, a verso clench of membrane. Figuring the asshole not as absence or empty voicelessness, but as a form of the body’s narrative capability, Ross articulates gossip, disease, joy and dissolution in mucal blossom, snapped taut by typewriter ribbon. For him, the void is affective trap as much as it is a path of material discernment—a space where balances of labor, erotics and power are liquidated in the queer mingling of blood and come as much as they’re made discrete, parceled out in a series of uneasy structural relations. Both a sensuous act of objection and an art of sensing oneself as object, what Ross posits is no ascetic ideology nor wasteful orgy, but a true perversity of politics. Active Reception mirrors the slick ways in which we absorb and inhibit the violence of capitalist and carceral logics. How we love each other; an airless density, its thin ecstasy of papercut. I can’t, I gag for it.”

“The phenomenology of bottoming has rarely if ever received as brilliant a sounding or as voracious an investigation as Noah Ross gives the subject in Active Reception. Encountering this sense-expanding poem, this radical recital, I’m given delirious incentive to rethink my own relation to bodies, inside and out. Head-rushes and heart-rushes of affinity, of consanguinity, and a flushed sense of rekindled possibilities (for art, politics, sexuality) are the happy consequences, for this reader, of taking in the full measure of Ross’s call to action. The book’s visual and prosodic inventiveness matches its hot insistence on writing the body accurately, musically, with an appetite for the irregular mark and the unrestricted (yet tightly measured) flood.”

Active Reception knows that to be monstrous is to threaten the order of things and invites the reader to conspire: to enter or embrace one’s own capacity to be entered, to transform, to be implicated in all the juicy possibilities.

Encountering Active Reception is a playful challenge, a flirt drawn out beyond its limits. I am unmoored by every slash, all ruptured phonetics and syntax, find joy in the multiple routes made possible in and out of sense-making and associative logics.

Active Reception—a book of words or worlds, holes or wholes—is visual ecstasy and Noah Ross is a true radical.

This is a book of ambitious and wonderfully playful structures, fully realized as a book one can enter at any point, but not possibly, or easily, leave.

Click here to read seven poems from Active Reception in The Brooklyn Rail!

Read a poem from Active Reception in Social Text!

“Sometimes I wonder how writing could be built purely around collected sound. Sometimes I think of sound collection as its own form of translation. I like both. Attending to sound is a practice, sonic ecstasy the purest reward. Open up. Listen!” 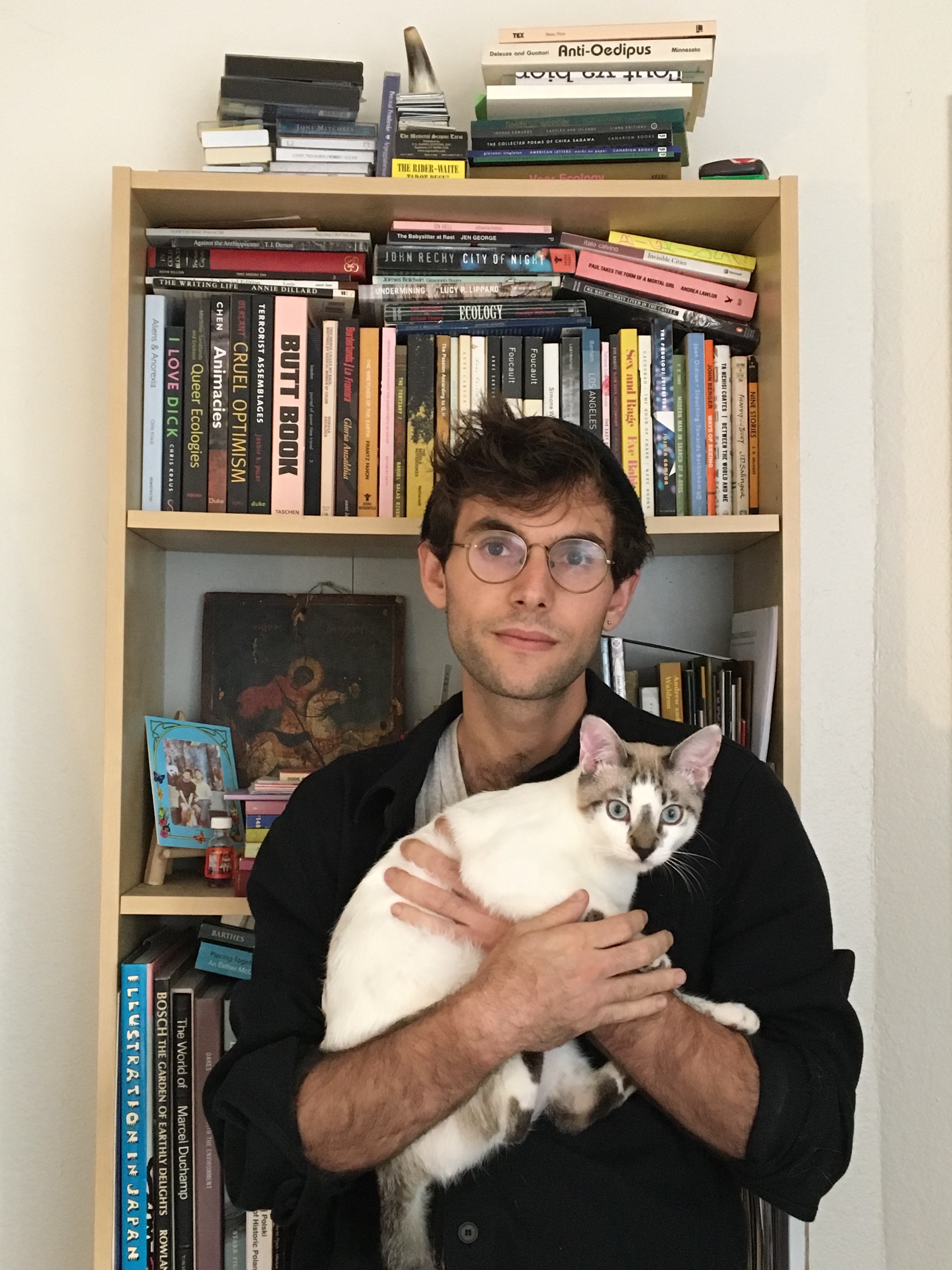 Noah Ross is a bookseller, editor, and poet based in Berkeley, CA. Noah is the author of Swell (Otis Books / Seismicity Editions, 2019), and an editor at Baest: a journal …