As in the title phrase—borrowed from a 17th century poem by Robert Herrick—in which “several” is used to individuate, questions of singularity and the plural, of subjectivity and the collective, pervade this dream-quick poetry. In A Several World there are glimpses of an “us down here”—in a city state, in a valley town, in an open clearing, in the understory—and, by various projections, there is frequent attainment of an aerial vantage, a supervisory perspective. The wish to be out of the weeds, to imagine one can see the thing in whole, and, conversely, the wish to be overseen, even to be overlooked, further animate the poetic shuttling between late pastoral and conceptual project. Landscape here is spatial theater and, blowing through like new weather, a choreography recruits certain standalone selves: solidarity beginning in an erotics of attunement, catching likenesses. “Pick me up can also be as frequency and antennae do.”

In Brian Blanchfield’s poetry, ideas, as in his sequence ‘The History of Ideas,’ are constantly crystallizing into words and even letters—”in the gravel was planted some grass/ in sprigs. Sort of Garamond, ornamental, it/ rounded down”—which, in turn, dissolve into thought. The oneness of our physical and spiritual life has rarely been conveyed more accurately. Blanchfield is a talent to watch.

A Several World situates us between the kissing booth and the photo booth, where the touch of the eye maps the dewiness of a boy’s body as it blends into an American landscape: seeing and longing to be seen. You must slow down to follow the thought in Brian Blanchfield’s complex poems, where image unfolds temporally, and thistle-like syntax betrays a tensed and boxed desire just at the threshold of dream—as if Eliot’s poetics of impersonality had married Crane’s cravings and knots. Quite brilliant.

There’s something miraculous about these poems, which have the igneous surfaces of the work of the Cambridge school but move as liquidly as, say, Auden; it’s what makes them poems of a world. In A Several World, the gracefulness and the complexity collide at least once a poem to give me, at least, a sweet painful glimpse of very bright light. I think a few pages in you’ll start to see it as well — as he writes, in a short riveting poem about the mortality we feel in dark rooms with lit screens, “In poetry too we all face forward.”

One might miss, in the exquisitely shapely poems of Brian Blanchfield’s second collection, A Several World, how frequently the poems’ brash dazzle gives way to wit… [Or] one might miss, appreciating its humor, the book’s stylized (and appealingly stylish) intelligence, through which its poems can turn on linguistic
self-consciousness…and gentle reorientations of genre.

“One’s apprehensive / approach can be determinative,” Blanchfield observes, which could serve as an articulation of [his] process, as could his triumphantly deliberate description of a tortoise pulling herself toward a strawberry. One should be glad to be a tortoise to the strawberry of A Several World.

Blanchfield follows 2004’s Not Even Then with an impressive collection that walks a tightrope between two traditions. His lithe, rhythmically irreducible free verse seems to champion the beauty of language above all else, as an urgent, thrumming, hypermodern voice wants to chat about life in our disorienting 21st century. “Remember in Corinth, walking home from the piers, wet/ in the aftermath of a squall?” he writes in a poem that begins with a memory of the polis and ends with the admission that “none of the old options applied” while squatting “on the fire escape for better connection.” Blanchfield tarries in a zone of listlessness, pausing to note how sprigs of grass are “Sort of Garamond,” but his poems’ languor is constantly thrown into a striking new light: “the sun/ came out and earmarked the farther/ barrel. None of this reminds me of/ heterosexuality.” The book’s crescendo is a sequence in which the self is both formed and deformed by authority, time, and alienation, and the very language that composes poetry is bookended and bullied by the voices of those around us. With his complex phrasing, his gentleness and wit, and his commitment to recording the beauty around him, Blanchfield’s poetry proves to be a rewarding read.

Unlike many master verse stylists, Blanchfield is bursting with things to say, and in ways that have not been said before. As a result, A Several World is a challenging, baffling, wonderful book. It is also an essential entry point into a new poetics of the queer imagination. These poems understand the past and point decisively toward our future. 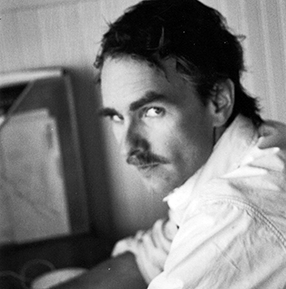 Brian Blanchfield is the author of two books of poetry, Not Even Then and A Several World, which received the 2014 James Laughlin Award and was a longlist finalist for …