A guided meditation on human extinction that imagines a post-apocalyptic Earth thriving without us.

Adopting the role of a death doula or New Age religious leader, and drawing inspiration from the Theater of the Absurd, author Yearous-Algozin prompts readers to accept the already occurring end time. A Feeling Called Heaven oscillates between grief and humor as it imagines the nonhuman world that will grow from the ruins of this one, cultivating a sense of presence and intimacy with the inevitable destruction of our global environment.

“Bardo, purgatory, whatever imagined place after we die, this is not that poetry; this is the work to get us there. We are arriving, together, with a last glimpse at the accomplished destruction, following the poet’s lantern, surrendering to the next transmutation. You who are reading this blurb, I may not know you, but I know you will take a final breath, and I am grateful to Joey Yearous-Algozin for reminding me of this about you and me.”

“In A Feeling Called Heaven, Joey Yearous-Algozin holds us close as he guides us, slowly, calmly, to face the calamity of our life, creating a sense of safety in a space that is anything but safe. His soothing voice invites us not just to bear, but rather to see that at the heart of our forever ongoing demise, there is a possibility, no, an urgency, to come together and make space—for breath, for care, for caress, for our humanness that is ‘therefore / the most loveable / or deserving of love.’”

“Joey Yearous-Algozin’s A Feeling Called Heaven is a guided meditation that eases us, unwitting, into the thrum of human failing, the steady beat of doom. But nothing like the raving lunacy of a cult leader or apocalyptic town caller, Yearous-Algozin lures us into the logic of inevitable extinction with the tender transience of communal affect, the humor of quotidian decay. Warp of plastic made holy, celery at the grocery store damp with cosmic grief; A Feeling Called Heaven is a mantra for those enlightened of the urge towards survival, a text against hope, against heroism and memorialization in favor of the insignificance of our presence in this wretched world. And yet; there is comfort too, in how my lips move in sync. In the torqued vortex of friendship as we circle the drain of this late capitalist void—and what’s invoked; so much more than our insipid fantasies of the future. Because here we are, now, together. Because it’s the end and I believe in nothing. Except you.”

Through its radical acceptance, A Feeling Called Heaven teaches an important lesson about pausing, being present, and deeply listening, both inside and outside ourselves. Perhaps, by engaging in this practice, we can commune with the resonant angels, or “a pod of dolphins…framed by purple flames.”

A Feeling Called Heaven is a logical reminder of our looming extinction, but with a peaceful sense of community, not a panic. If ever you begin to feel uneasy about a sudden apocalypse or slow decline, this steady poetic heartbeat will calm your nerves and almost make you look forward to our collective harmonious finale.

-Bethany Crawford, Vagabond City
I read A Feeling Called Heaven as an exercise in relational aesthetics, similar to a guided meditation or a Pauline Oliveros Deep Listening exercise. While in the text’s suggestive state, the drone of annihilation is more or less audible depending on what else punctuates the soundscape. While I am wary of framing extinction as the immanent affect (rather than concentrating on destroying the mechanisms that cause it), the irony of this defeatism that A Feeling Called Heaven represents is familiar and felt by many, including myself…
-Miriam Karraker, The Believer

A Feeling Called Heaven introduces the possibility of a queer future now, through the death of the self by way of poetry, which is inherently communal. Through expert attention to the present, Yearous-Algozin’s poetics push us forward, towards the end of the world, towards a feeling called heaven.

While the apocalypse itself feels foreboding, this long poem underscores the joy of the world’s persistence… A Feeling Called Heaven offers a hopeful refusal of the apocalyptic depression that accompanies many poems on the environment.

Yearous-Algozin has written a book that offers a nullification of the creative process, an anti-inspiration to take the pause and escape the creative act; unlike any other book I have read, A Feeling Called Heaven positions itself as a rational counterpoint to tangible production and artistry.

Listen to the audiobook of A Feeling Called Heaven, as read by Diana Hamilton! 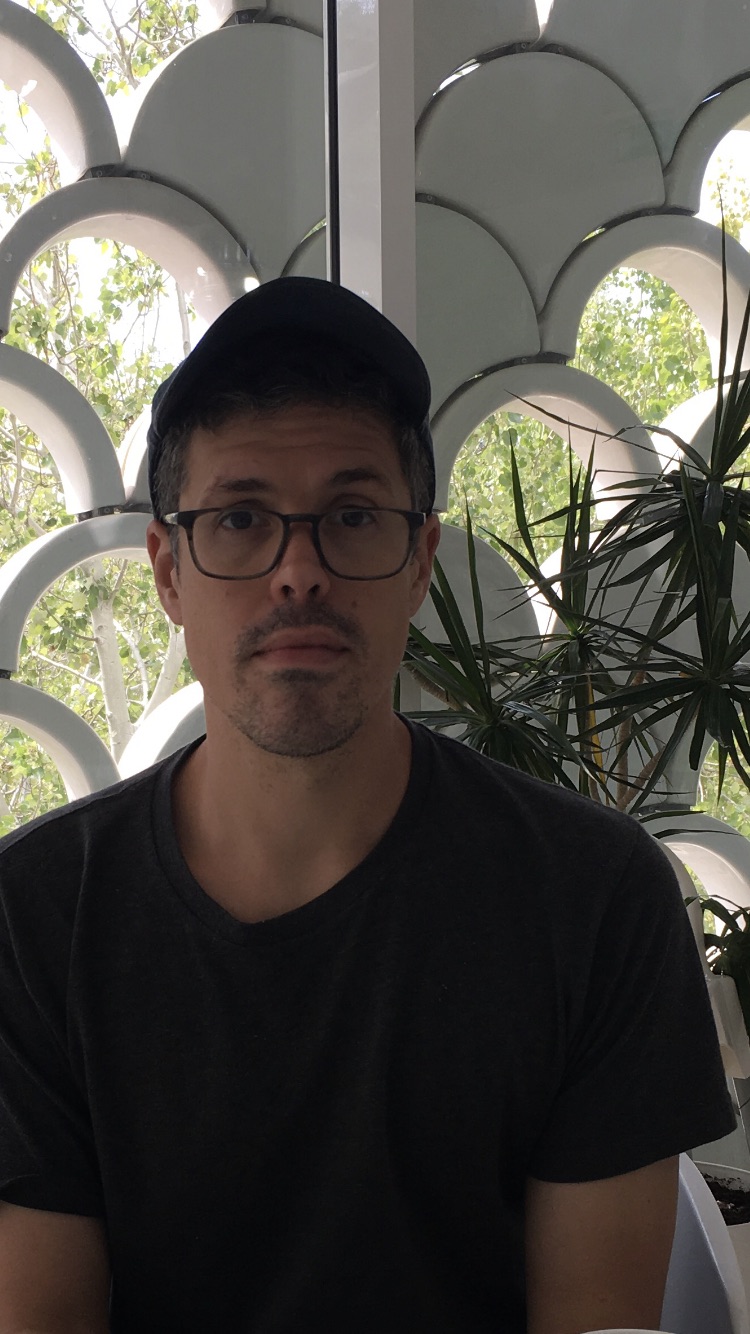 Joey Yearous-Algozin is the author of A Feeling Called Heaven (Nightboat Books), Utopia, and the multi-volume The Lazarus Project, among others. With Holly Melgard, he has co-authored …