The Easy Body is a love letter from hell. In these poems, a fiery account of loss combines with a multi-lingual prophecy of stained, stunning beauty. In deep suffering and impure solidarity, the Latinx, matrilineal, colonized body of this text will never be ‘easy.’ Get ready for the birth of a riot and the death of the world.

In their incendiary debut, Luboviski-Acosta explores a vision of freedom that looks like apocalypse: dismantled states destroyed selves, and dismayed gods all watch in awe as a bony witch consorts with demons and blood-filled succulents to envision the hedonic chaos of our time, not as contemporary, but as immemorial. In a voice oscillating between decolonial rage and postcolonial melancholia, The Easy Body teaches us that if recovery is possible, it’s only destruction against the white forces of linearity that have been trying to decimate island people for 524 years.

The Easy Body is written in letters of fire. The so-called sleep of the just (or “the sleep of white girls”) will be ruined forever for those who learn what Luboviski-Acosta’s poetry knows in its brilliant, brutalized, resurgent bones. It’s beautiful. Also terrifying. And necessary- if you’re holding this book in your hands, don’t let it go.

“This is a long love letter to hell, but to call it epic would oppress its very form. For there is no Hero. The Easy Body has no static protagonist. Luboviski-Acosta writes from many bodies: brown/Latinx bodies, female bodies, chronically ill bodies, mother bodies, queer bodies, earth bodies, celestial bodies, dopesick bodies. Bodies of inherent struggle and suffering: ‘Bodies that are borders, hiding. / Never have I ever / possessed the pleasures / of having the easy body.’”

“As a Panamanian-Nicaraguan immigrant raised mostly by women, I identified strongly with its depictions of Central American mythological femme monsters such as the ciguanaba, a half-horse half-woman creature who lures men before she attacks them. Many of the poems are nods to single mothers, women and femmes and how they create networks of support for each other. In these depictions, Luboviski-Acosta also highlights how colonialist governments constantly politicize and surveil immigrants of color for these survival tactics.”

“In the book, the poet acts as a witness. The poet is the easy body at work: they have become a poet under duress, out of necessity, out of survival; even though, as it’s noted in the book, poets are very often the first up against the wall.” 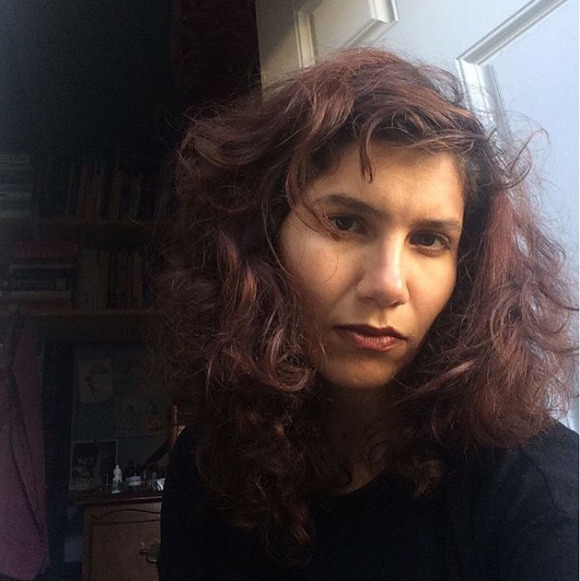 Tatiana Luboviski-Acosta was raised in Los Angeles, California by a family of single women, and grew up traveling and living across the western United States and Mexico with their …