A collection of poems about starlight, survival, resilience, and acceptance after experiences of profound grief.

Aerial Concave Without Cloud is a collection of poetry steeped in the bluest apocalypse light of solar collapse and the pale, ghostly light of personal devastation and grief. Through a combination of academic research and the salp’uri dance form, Sueyeun Juliette Lee channels and interprets the language of starlight through her body into poetic form. Through deep conversation with this primary element, Lee discovers that resilience is not an attitude or posture, but a way of listening.

“Sueyeun Juliette Lee is one of the premier Korean American poets of our time, expanding poetic imagination using equations of light, negative thresholds, and dynamic experimentation. Her poems are investigations of truth, formed of corpuscles, discerning a future in which we can remain living both apart and together through transformation of the selves. In the silhouette of her world, Lee shows us ‘standing alone on the basalt shore’ and yet ‘gleam[ing] with a crystalline equanimity.’ With magnetized grief, crossing into the span of discovery, Lee speaks to us, and we are listening.”

Without cloud, because the poet has the clarity of a flawless lens and crystal articulation. Fear of the dark motivated our ancestors to invent ways of keeping light through the night. Sueyeun Juliette Lee’s poems hold a luminous accord over our blanket of spent nerves. Aerial Concave Without Cloud is a masterpiece because it is for our time and generations to come; the poet who will have us question what we think we know about this world, and how to love it, and one another anew.

This book wants to go beyond language, all languages, or to at least investigate the propensity of other languages, namely, light. An investigation into light in this way is also an invitation into a different way of seeing, a different way of being in the world, a different way of relating to environment, and an invitation into stepping into the interstices of light and darkness, namely, that kind of profound grief that devastates and breaks one open, but also brings the kind of clarity and sight that loss is not only loss, that death is not only death, and consequently, we, as feeling beings, are so much more than we take ourselves to be.

Aerial Concave without Cloud delivers to us the totalizing realization that all visual information is the consequence of light’s contact with a surface. This witnessing is reciprocal, a consummation of absorption and transmission. “What am I broadcasting at every quivering instant?” a poem asks us. “What information is being so blindly delivered into me?”

As much as Aerial Concave is a book about light, it is also, and perhaps more fundamentally, a book about grief—a grief that is never quite named and that, perhaps because of this, comes to feel almost cosmic in scale, or at least planetary. Much as Boethius found consolation in philosophy, Lee seems to find consolation in geology, ecology, and cosmology. But this consolation comes not from minimizing her personal grief so much as from coming to see it as of a piece with larger geological processes.

Near the end of Sueyeun Juliette Lee’s latest book of poetry, Aerial Concave Without Cloud, she asks two questions from which, it seems, the rest of the collection springs. “I began my inquiry into light, simply: can I decipher a … capacity to translate and speak the light with my living human body? And by doing so, can I relinquish the intensities of an inherited orphan grief?” she writes. This search—for transformation, for relief—unfurls throughout her writing as an ambitious, challenging meditation on language, atmosphere, and the way we make meaning of sensation.

Grief is a lonely process as much as it is all-encompassing. Like all pain, it takes away, gives back wisdom, and breaks people open. Aerial Concave Without Cloud (2022) by Sueyeun Juliette Lee peruses a poet’s journey to research light prompted by the passing of their mother. As they venture to the far-flung corners of Norway and Iceland to study the aurora borealis, the speaker confronts their family’s origin as orphan immigrants of the Korean war. The deeper they dive into research, the more they find that human grief and light converge.

Aerial Concave Without Cloud is very much composed as a book of observation, examining just as much ways of seeing as what might be seen, and the impact of different elements and angles of light, as well as the evolution and impact of time.

Lee’s latest book of poems, Aerial Concave Without Cloud, came into being after she spent the summer of 2014 in Norway engaging deeply with light, but as she writes in the ‘Notes’ sections, she has been a student of light for years, immersed in its historical, scientific, and philosophical understandings.

Sueyeun Juliette Lee’s latest book, Aerial Concave Without Cloud, is a flash of brightness amidst and understanding of brightnesses, a meditation on light while immersed in light. 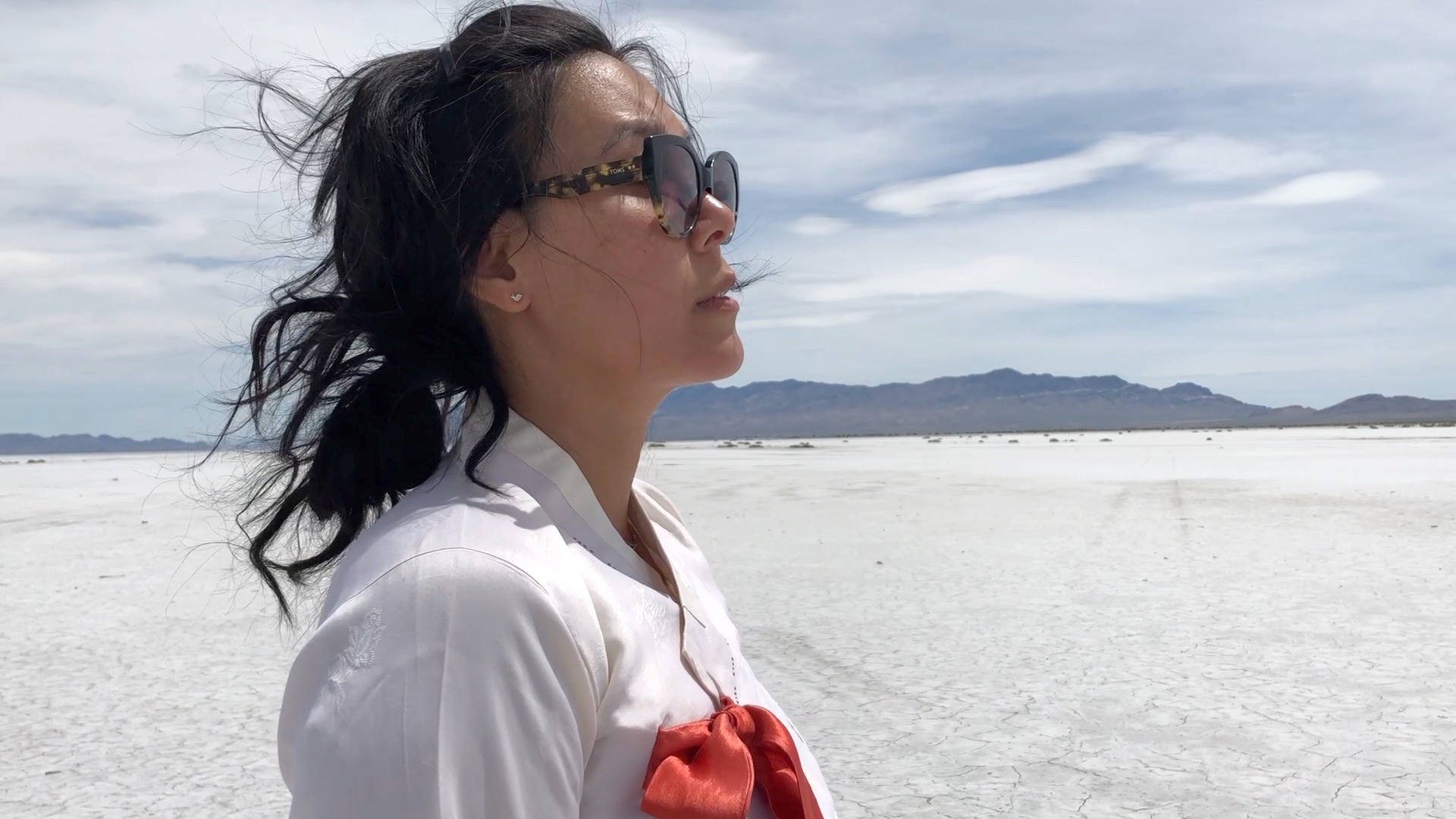 Sueyeun Juliette Lee grew up 3 miles from the CIA and currently lives in Denver, CO. She is the author of Aerial Concave Without Cloud, and That Gorgeous Feeling, Underground …