The Sunflower Cast a Spell to Save Us from the Void

A magnetic and spellbinding debut poetry collection that speaks in the language of dreams.

SKU: N/A Category: Uncategorized Tags: The Sunflower Cast a Spell to Save Us from the Void, the sunflower, Jackie Wang

Finalist for the 2021 National Book Awards in Poetry!

The poems in The Sunflower Cast A Spell To Save Us From The Void read like dispatches from the dream world, with Jackie Wang acting as our trusted comrade reporting across time and space. By sharing her personal index of dreams with its scenes of solidarity and resilience, interpersonal conflict and outlaw jouissance, Wang embodies historical trauma and communal memory. Here, the all-too-familiar interplay between crisis and resistance becomes first distorted, then clarified and refreshed. With a light touch and invigorating sense of humor, Wang illustrates the social dimension of dreams and their ability to inform and reshape the dreamer’s waking world with renewed energy and insight.

Jackie Wang’s new book asks questions that rotate/fluoresce against a backdrop or foreground of ceremonial apprenticeship, like sunflowers or the memories of sunflowers. In this other world, “survivor trauma” is experienced by creatures and non-creatures alike. I was so moved by the mixtures of writing I encountered here: the “map” of a dream, but also the notebooks that “fill up,” not always in the English of waking time. “I want to write you without writing over you. I have something to tell you,” the speaker says, with the delicacy and directness of a sentence written directly on the skin. Kalan Sherrard’s illustrations echo this way of marking the page: a mode of companionship and witness in a book that did not end because it did not begin. Is this what it feels like to be a person?

“Can a book parry catastrophe?” Jackie Wang (heliomancer, revelator, poet) asks, in a book that not only parries catastrophe, but climbs, through its eye, into its mind, into its fantasy even. From the blistering seat of that overwhelming perspective, Wang begins calling catastrophe back from storming and suffering itself onto others (community, friendships, the future), by counting and recounting, in the most irreproachably neon vocabulary, dreams, translations of dreams, which are, as reclamations of logic and improvements of life, scenarios that together manifest an alternative method of survival: “the sunflower book: It is code for love.”

Jackie Wang’s The Sunflower Cast A Spell To Save Us From The Void is a gorgeous, ambitious, phantasmagoric lament for the better worlds our bodies tell us must be possible, every day, even when we’re numb with pain. It goes deeper into darkness — political darkness, the end of our days — than anything I’ve read in recent poetry. But the poems are also filled with shifting, glittering “I’s” and “you’s” that frame themselves for us then break their frames, repeatedly repeatedly moving between poetry and meditations on “poetry” before becoming beautiful poetry again. I felt myself get lost and found in their address. I hope you will, as well.

Here dreams are spaces of radical possibility, and as in the real world, the possibilities are sometimes magical and sometimes nightmarish and sometimes both, like dress rehearsals for the apocalypse.

Our subconscious knows more about us than our waking selves. And it is often through dreams that we are able to tap into this unknown realm.

Writer Jackie Wang documented her dreams and sculpted them into poems for her debut collection The Sunflower Cast A Spell To Save Us From The Void. The book is a surrealist expression of how social processes and traumas show up in our dreams, and how we can better understand ourselves by tuning into them.

In this extraordinary debut, Wang (Carceral Capitalism) creates a symbolist dream diary for catastrophic times… The book engages with climate change and the apocalyptic, asking, “Can a book parry catastrophe?” At another point, Wang observes, “I have been having such strange and beautiful dreams lately,” and readers will be grateful for these potent, dreamlike reflections.

The act of writing the dream is itself one of interpretation, but here those interpretations are loose and wild; Wang doesn’t give us a stable blueprint. This book’s revolutionary consciousness is lodged in the act of trying to write and live with something unknowable. Form becomes more like a wild garden to tend, something we can retreat into as a world unto itself but that is nonetheless subject to the weather.

Wang’s debut collection, formally diverse and marked with a sardonic tinge, suggests a porous border between the dream and waking worlds. “Who is the woman lurking in the woods?” she wonders in an early poem, recognizing that she is a “fellow traveler,” for “She is lost and I am lost.” Wang drifts between the real and unreal, documenting an almost Yeatsian interest in that third space, a poetic place between, where the absurd is necessary.

Jackie Wang’s poetry debut, The Sunflower Cast A Spell To Save Us From The Void, delivers a fascinating mix of fantasy and reality to start off the new year. Many of these poems have a startling beginning – frequently we enter in the moment of a catastrophe, whether it is a natural disaster, attempted murder, perceived poisoning, or just a vague sense of something strange looming. Wang lends credence to the value of dreams in a way that few seem to, and what is often dismissed with a wave of the hand is held in a gentle spotlight here.

The spell of this book preserves the multiple-layered, multiple-petaled nature of life. Wang’s collection professes the potency of dream and sunflower; it professes the persistence of powers that save.

Writer and academic Jackie Wang’s stunning new poetry collection, The Sunflower Cast a Spell to Save Us from the Void, owes much to her dreamlife… This book is not quite a guide, but something like one. The sunflower and the coral tree grow in treacherous soil.

The insistence on a sunflower in the book’s title and many epigraphs points us toward the idea that there may be some innate quality in us, too, to reach toward what is good for us — to grow beyond the future the current conditions have given us, toward untouchable sun. With Wang’s poems’ suggestion that not much is worth saving in a world that values all the wrong things, perhaps a single sunflower sprouting from the rubble is all we need to be guided toward the light.

Riffing on the symbolic resonances of the sunflower, Wang offers poetry as method for social invention. The Sunflower Cast a Spell to Save Us From the Void embarks on a project of shared dreams. It is not the individual consciousness that needs to be “worked on” through the dream-work of the poems, but a sociality ripe with utopian promise.

Dreams, Wang indicates, offer a radical means of reconfiguring the terrain of the present, working through interior and social responses to calamity, intimating different realities. Wang’s poems reshape the hermetic and confounding work of dreams to reveal these secret capacities, there all along.

Drifting in and out of dreamstates, Jackie Wang’s debut collection explores the state of unrest caused by the looming threat of climate change, the economy and, ya know, all the other things that want us dead. Life can feel like a dream when you’re living in the margins and everything seems built to exclude you and people like you, Wang’s collection takes us to all the unfathomable places we sometimes find ourselves in, and reminds us there is also hope and brightness and bravery.

It takes a special poetic skill to write about dark topics, such as trauma and crisis with a truly invigorating sense of humor. Jackie Wang has that skill and she showcases it beautifully in her collection, which debuts on January 26th, 2021.

The Sunflower Cast a Spell To Save Us From the Void reads like a journalistic account from a good friend of a dream world. Wang’s dreams are full of interpersonal conflict, solidarity and resilience, and pleasure in breaking the rules. All the while she shows the reader how her dreams reveal historical trauma. However, her light touch and humor allows readers to see the social dimension of dreams, and how they can help shape the waking world.

Jackie Wang’s debut poetry collection, The Sunflower Cast A Spell To Save Us From The Void, is a striking and singular read. Culled from Wang’s own dreamscape, the vignettes encountered across these narrative poems have staying power, buoyed further by the slightly surreal illustrations of Kalan Sherrard.

In Wang’s search for herself, a certitude of the invite is in the void, in the depressions of destructions, too, calling for opacity, a love through a trace. In Wang’s dreams, sculptured into a psychical archive in the book we hold in our hands, we unbecome by being, by dissolving into the face of the sunflower: an opening for love.

In The Sunflower Cast a Spell to Save Us from the Void, Wang has gifted us this exact vibrational experience—a poetics of queer abolitionist dream life for the apocalypse we’re living now. And into our dream lives and our waking lives—it reaches out, stirring up multitudes, inviting us to get lost, or at least accept that we already are.

These poems are comprised of elusive strings of dialogue, bursting with a bang throughout the book’s pages and tangling up the reader’s mind – transfiguring it into a ball of yarn which appears unwound, colorful, and temporarily comprehensible. Just as dreams only make sense to the brain that directed, staged, and produced the sequences, Wang’s dream-poems can mean whatever it is that the reader could dare to posit. That is what makes the act of reading this collection a scavenger hunt where the power is in the reader’s hands to find their own treasure chest with the help of countless clues peppered in between the lines.

While The Sunflower Cast A Spell To Save Us From The Void is a book dealing with isolation, readers will find solace in the book’s poems, even if they are reading them at those lonely movements that life unwittingly hands us.

The Sunflower Cast A Spell To Save us From The Void featured in Poets & Writers’s GalleyCrush series here!

Listen to Jackie Wang in conversation with LARB Radio Hour!

Arriving in the middle of a brutal winter lockdown, Jackie Wang’s hotly anticipated debut collection set blood, fire and sunbeams to my days and nights. Structured around a matho- and mythopoetics of the oneiric, Wang’s poems skirt the shimmering edge of diary entry, confession, radical temporality and Fibonacci sequence with the promise of a great unlocking that is always to come.

Wang is her own unique force. I’m dazzled by her brilliant mind, capacious imagination, and where she takes us, her startling lines carrying the shock of recognition.

Wang takes her readers through a landscape of fear, love, paranoia, and confusion, ultimately reaching a destination of hope. Wang sets out to disorient, then brings the puzzle pieces back together in a way that helps the reader see the collection, and the world itself, in another light.

Wang’s poems unnerve us, but also soothe us. This book of poems will unsettle you and by the end of the book, you may feel that you have woken up into a strange new morning. 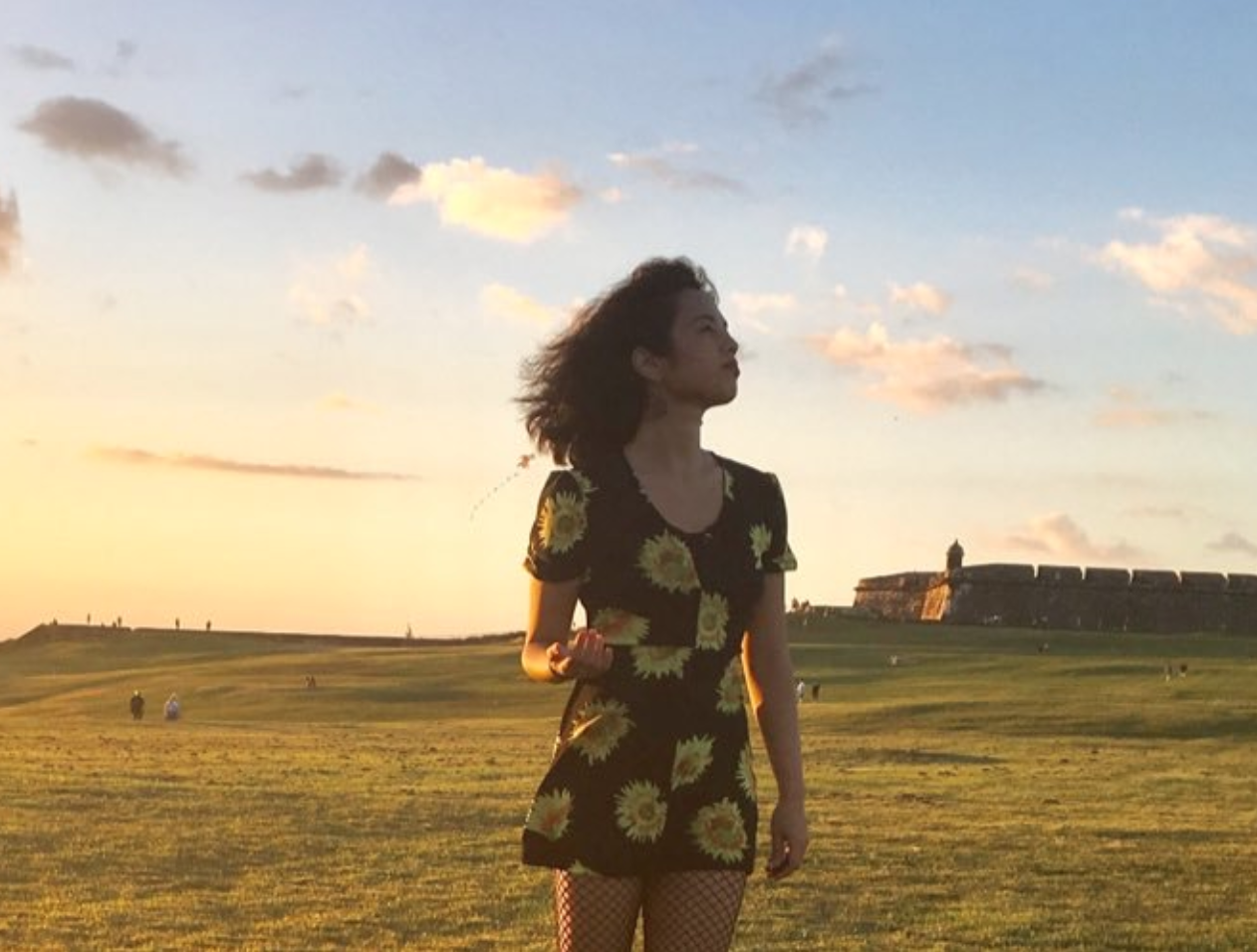 Jackie Wang is a poet, library rat, trauma monster, harpist, and Assistant Professor of American Studies and Ethnicity at University of Southern California. She is the author of The Sunflower …