Based on slippages between languages and irreverent approaches to translation, the poems in Repetition Nineteen riff on creative misunderstanding in response to the prevailing political discourse.

At the heart of Repetition Nineteen are twenty-five unreliable translations of a poem in Mónica de la Torre’s first book, written in Spanish. She embarked on this new genre-defying project after realizing she had been living in New York for as long as she had lived in Mexico City, where she was born. The works here focus on translation as displacement, mediation, and a form of code-switching. In the latter half of the book, “Replay,” we get a glimpse of de la Torre’s translation practice in action as she invites passers-by to participate in series of translation experiments during an artist residency in Madison Square Park. Given the nativism of our current climate, both halves of Repetition Nineteen celebrate translation’s possibilities and political relevancy.

This book is a playful, warm, smart and simplemente pinche genial exploration of language via translation –its rhythms, shortcomings, architectures, and possibilities. Mónica de la Torre’s bilingual brain allows no room for platitude or complacency, and reawakens our curiosity for everything it contemplates.

Heads up, false friends! This is the carnival of (mis)translation. Mark the clues 1-5 and merrily go round and round a Spanish poem that is not there. You don’t care. You’re having too much fun. Then time for revelation and analysis: the original poem and the mechanics of the carrousel. Notes on method, on translation in general, the bias of machines, a delightful aside on Cervantes. So many ways of exploring the space between two languages! Lastly, “Replay” documents a playful workshop, i.e. invites you to join in. Don’t hesitate!

When received genres of living are no longer sufficient, one can begin to imagine new ways of relating that are as ethically driven as they are delightful. Enter Mónica de la Torre’s Repetition Nineteen, which allows the many-chambered heart of translatory practice to reroute the detritus of techno-nationalism, monolingualism, fixed origins, and originals. Conceptual, comical, deeply personal, moving somewhere between borders, between the serial and the multiple, the paratextual and the metatextual, this book constellates languages to show us how they touch us every day, in every media, in each mode of writing—translation, mistranslation, critical inquiry, autobiography, public performance. Like Eva Hesse’s Repetition Nineteen III, where an array of translucent forms, each a subtle variation of a form and thereby slightly irregular as each of us, we are invited to form as a way of feeling in all its forms. We are reminded that “different types of love are possible.”

To begin, Mónica de la Torre is dope. Prose, poetry and the annals of workshop as installation cohabit here as an evolving unit of systems that unearth not only the absurd but just how much popular songs might share space with soccer tournaments. De la Torre is just as concerned with the precision of recounting events, the rendering and extraction of new texts informed by Vicuña and Yépez, adventures into Google Translate, the global impact of Siri, and other marvelous wonders via Emojiland as she is with where Spanish has embedded itself in the North American mind. Out of order or from front to back, the discourse is evident, right on the money, and right on time. There is no one way to read Repetition Nineteen. Granted, this wonder may finally be the book I need to finish my book.

Mónica De la Torre’s kinetic, agitated, self-conscious, and super-smart collection warns us, delightfully, “let’s not overthink this,” even as it aspires to many “an optical conundrum / psychoactive puzzle.” The purposefully uneven, sometimes bilingual free verse does not so much occupy territory as sprint back and forth—ties knots, unravels and ravels nets— to tally up its “in-between state,” taking place as it does between Mexico and the U.S., between a heritage of radical experiment and an urgency of saying.

By presenting the reader with twenty-five different translations of the same poem—which deliberately raises questions about what it means for multiple poems to have “sameness,” or to come from the same “source” poem—de la Torre implicitly argues for the translations as a sort of palimpsest or layering-over.

Repetition Nineteen is an interactive book of opportunity and possibility, a spirited exploration of the cultural differences of the use of language. How much is too much or too little to speak or write, or is this unquantifiable and more dependent on what is said? Which parts of a work should we illuminate or eliminate to convey a certain effect? Language in any form is a versatile gift, and de la Torre presents it to us, wraps and unwraps it, each time with a new balance and resonance.

Simply one of the most unique collections of contemporary poetry, Repetition Nineteen is focused on translation as communication, confusion, displacement and opportunity.

In Repetition Nineteen, Monica de la Torre whisks us along a fantastical journey through translation, asking us to “imagine that a line of poetry is a ray of light, and that a prism is a translation machine of sorts.” Communicating and translating through technology, language barriers, and memories refracts single poems into brilliant frequencies. Rejecting the assumption that we cannot interact with languages we don’t understand, de la Torre revels in misunderstanding, mistranslation, and mishearing, embracing the delight in valence and equivalence.

An essential read for anyone interested in translation, Repetition Nineteen combines object lessons and treatises, ultimately asking whether any act of replication can be faithful, or if every act births new creation. Through humor and experimentation, de la Torre makes the philosophical playful and the playful profound.

Via English and Spanish, De la Torre explores the relationship between all languages, their translatability and the interpretation ability of artificial intelligences such as the speech recognizer in Siri.

In this episode, Montana Ray speaks with Mónica de la Torre about her new book Repetition Nineteen (Nightboat Books, 2020). De la Torre discusses her initial resistance to self-translation. She discusses translation as a means of establishing poetic lineages and her recent translations of Ana Hatherly (Portugal) and Amanda Berenguer (Uruguay), who were among many of the dehistoricized women concrete poets of the ’60s and ’70s. See Women in Concrete Poetry: 1959–1979, (Primary Information, 2020), which de la Torre co-edited with Alex Balgiu. Finally, she reads from her translations of enigmatic Chilean poet Omar Cáceres, Defense of the Idol (Ugly Duckling Presse, 2018). Songs and words by Chico Buarque and Clara Buarque, Mónica de la Torre, Omar Cáceres, and Kali Uchis.

Interview with Andy Fitch for BLARB 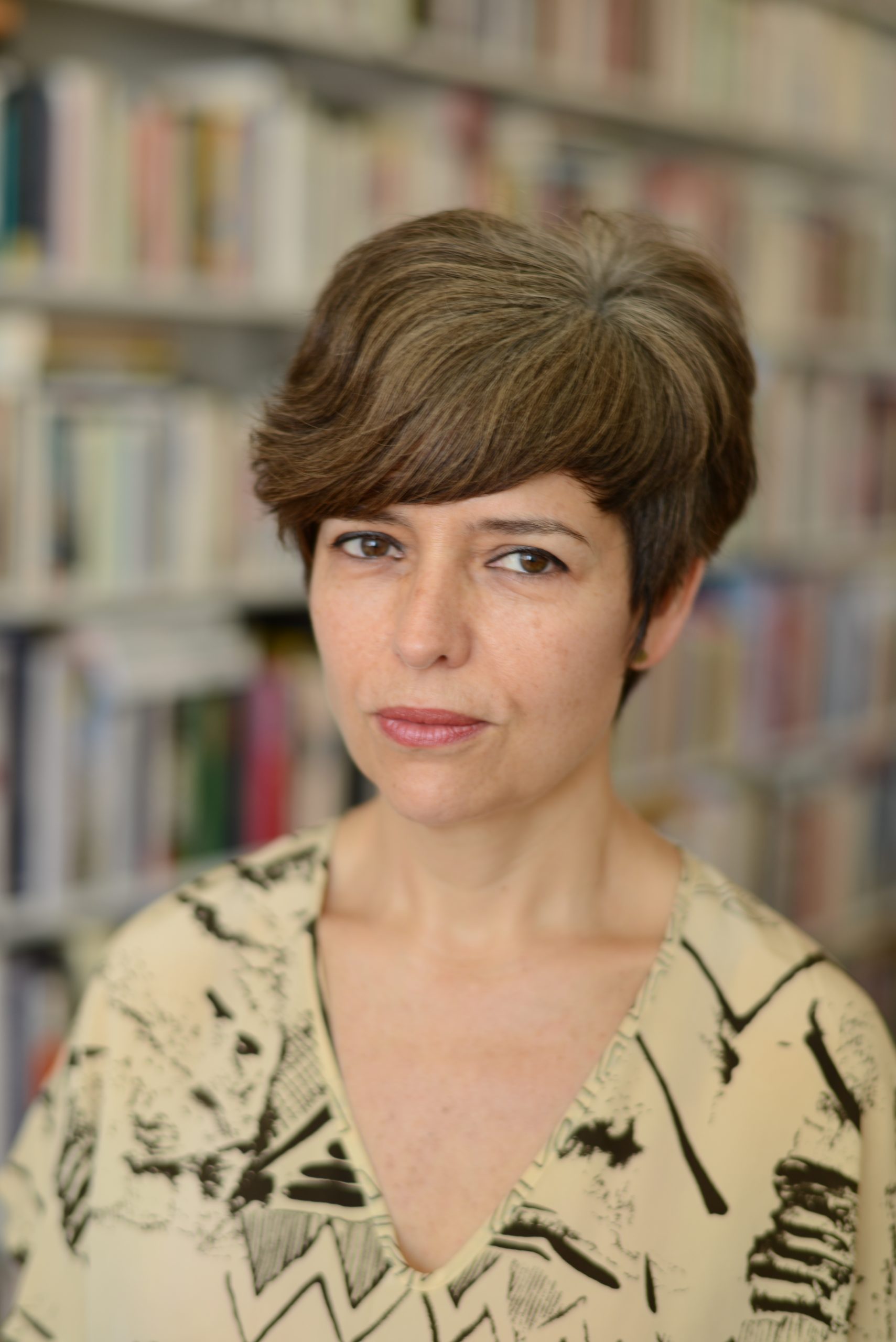 Mónica de la Torre works with and between languages. Her latest book, The Happy End/All Welcome, was published by Ugly Duckling Presse, which also put out her translation …