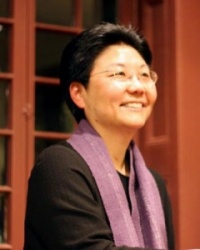 Myung Mi Kim was born in Seoul, Korea. She immigrated with her family to the United States at the age of nine and was raised in the Midwest. She earned a BA from Oberlin College, an MA from The Johns Hopkins University, and an MFA from the University of Iowa. Her collection of poems Under Flag (1991) won the Multicultural Publishers Exchange Award of Merit; subsequent collections include The Bounty (1996), DURA (1999), Commons (2002), and Penury (2009).

An avant-garde poet who often employs fragmentary language and uses the white space of the page, Myung Mi Kim explores issues of dislocation, colonization, immigration, loss of her first language, and the fallout of history in her work. She is the subject of the book The Subject of Building Is a Process / Light Is an Element: essays and excursions for Myung Mi Kim(2008). She has taught at San Francisco State University and in the Poetics Program at SUNY Buffalo. 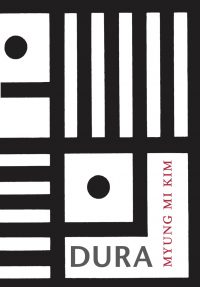