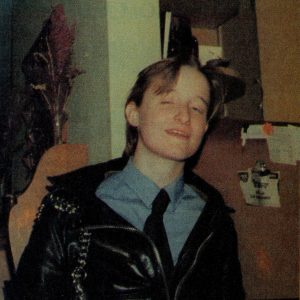 Louis Graydon Sullivan (b. Milwaukee, 1951; d. San Francisco, 1991) was a writer, activist, typesetter, trans historian, and queer revolutionary. Sullivan began early explorations of masculinity, which he called “playing boys,” while growing up in 1960s suburban Wisconsin; his Catholic family was surprisingly accepting. He first sought out other queer people just after high school through his job at the University of Wisconsin, Milwaukee. The Gay People’s Union featured Sullivan’s earliest writings in their newsletter including the now widely-quoted “A Transvestite Answers a Feminist”. In his diary, Sullivan began to see himself as “a girl who’s real desire + passion is with male homosexuals”. Many of the medical professionals he met with throughout his transition had never heard of a female-to-gay-male. Even when it would have made transition easier, Sullivan resisted lying about his sexuality, remaining committed to his vision of authenticity. This commitment became a major aspect of his activism and legacy. After moving to San Francisco in his mid-twenties, Sullivan became involved with Golden Gate Girls/Guys, one of the first social and educational transgender organizations to offer support to FTM transsexuals. In 1980, Sullivan published his first edition of Information for the FTM, a practical guidebook. Six years later, he organized FTM, the first peer-support group for trans men. That same year, Sullivan was diagnosed with HIV. From that moment on, Sullivan had two main goals: to publish a biography of Jack Bee Garland (who was assigned female at birth and lived as man at the turn of the 20th century) and to publish his own diaries. Sullivan was only able to complete the former task. Sullivan left 8.4 cubic feet of archival material from his life and studies to the GLBT Historical Society, of which he was a founding member. The content of the archive includes extensive diaries as well as photographs, short stories, poems, essays, and correspondences. 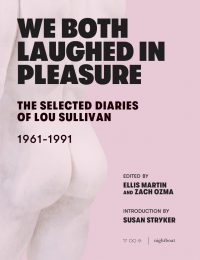