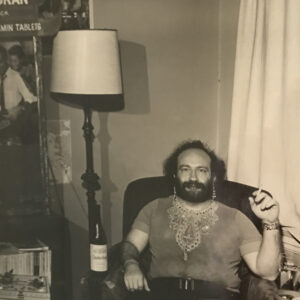 David Melnick was born in Illinois in 1938 and raised in Los Angeles, educated at the University of Chicago (where he studied with Hannah Arendt) and the University of California at Berkeley. Although he has spent time in France, Greece, and Spain (whence his mother’s ancestors emigrated in 1492), most of Melnick’s adult life has been centered in San Francisco, where he still resides. For an author’s note he once wrote, “This poet’s politics are left, his sexual orientation gay, his family Jewish…. He is short, fat, and resembles Modeste Moussorgsky in face and Gertrude Stein in body type and posture.” A key figure in Language Poetry, his masterpiece, Men in Aida, began in a reading group organized by Robert Duncan. 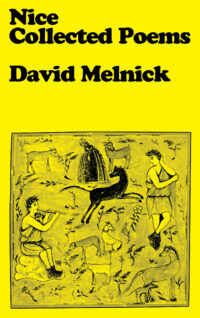