Snigdha: Gephyromania is concerned with a kind of in-betweeness—and the title nods to this. But I was also struck by the ways in which the collection ponders or wrestles with absence. You write, “In absentia. We dress./ the story of cleavage unwritten./ Erased.” How did the relationship between the two inform your writing process?

TC: I grew up in the south as a white Pentecostal girl. The institutions I was immersed in (and brain washed by – whiteness and white supremacy, Pentecostal evangelism, misogyny, etc) were wholly dependent on the good/evil binary and built a world in which only the binaries (of any spectrum) were “real” and only the extremes could, or should, be seen (and of course every binary had to line up neatly so that the good reflected the institutional identity). In-betweeness of any kind was invisibilized, even while being ever present. And so I think I made a kind of altar in my book/body to in-betweeness. I live it; I praise it; I want, more than anything, for in-betweeness to be experienced by the reader – felt and seen.

I don’t know if I believe in absence. I don’t think it is possible for a thing, an idea, a person, a feeling, a possibility to be absent once it has been present. I think of absence as a kind of ruse – sometimes it is flirty; sometimes it is mean. But I never trust it. I think of Marie Howe: the dead seemed more alive to me than the living. This is often how absence works for me – whatever is absent becomes ultra present. Absence becomes its own being. 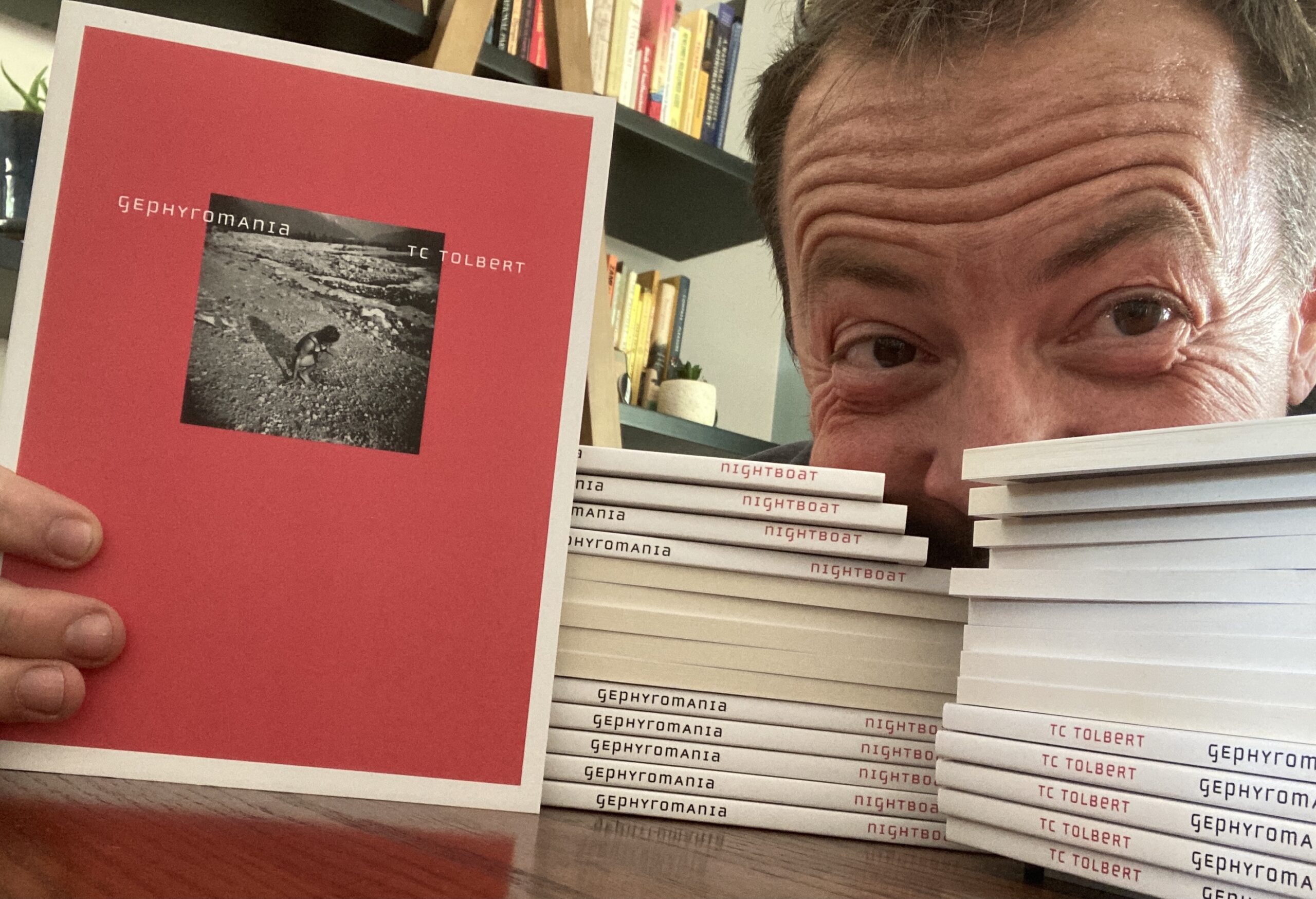 Snigdha: Building on this, there are nods to the ways in which silence holds something far weightier than we perhaps may think it might. I was particularly drawn to the line “what the mouth covers, and in covering, introduces.” It reminds me of when poet Anne Boyer says that each articulation of “no” makes for an “enthusiastic yes” to something else. Can you speak to the ways in which silence and refusal shaped your poetics?

TC: When I was growing up and my mom, a single mom under immense duress, was raising my sister and I, she would sometimes come apart and yell “I wish you had never been born.” I hate sharing this because it is so utterly unreflective of the person she has become but I also must share it because it was a pivotal part of my own becoming – how I had to reckon with this statement and its own silences (now I think about what was my mother not able to say in that moment, and so she said this, incorrectly – I mean, didn’t she actually mean, “I don’t know how to mother you,” or “I’m afraid I’m failing at this.”). How I had to refuse disappearing myself, while also actively silencing some parts of my body (my breasts and hips and my earlier higher voice) in order to allow other parts of me to live. The poems in Gephyromania are trying to do it all at once, over and over again. They are trying to be born and disappear – they are trying to make assertions and then recant – they are trying to insist while entirely doubting. I felt a deep allegiance to simultaneity in Gephyromania because it was my lived experience. And I was desperately trying to live.

Snigdha: The body, of course, is a huge thread running throughout the collection. To me as a reader, it almost functioned at the level of language, particularly when you write “grafting an exegesis of skin” and “the story of cleavage unwritten”. Can you speak more to the relationship between the body and language in your book? Especially given the ways in which your book collapses and melds gender (and other) binaries?

TC: I have been a wilderness experiential instructor for over 15 years and I think of languaging as an experience of wilderness too. When I was writing Gephyromania, my body was truly wild to me – shifting, becoming, grieving, populating, obscuring, and revealing – and I didn’t want to (nor did it even occur to me to try to) explain that in a book of poems. In actuality, the poeming was practice for the living without narrative coherence. Poeming was teaching me to celebrate my body of fragment, rupture, music and anti-music, sensory attention without much sense making, and insistent nonsense. Every line in that book is written with deep conviction but very little clarity and in this way it still feels very true to me.

TC TOLBERT often identifies as a trans and genderqueer feminist, collaborator, mover, and poet but really s/he’s just a human in love with humans doing human things. The author of Gephyromania (Ahsahta Press, 2014; re-released by Nightboat Books in 2022) and three chapbooks, one chaplet, and one micro-chap, TC is also co-editor (along with Trace Peterson) of Troubling the Line: Trans and Genderqueer Poetry and Poetics (Nightboat Books, 2013). S/he is a certified Wilderness EMT and spends his summers leading wilderness trips for Outward Bound. They were recently awarded an Academy of American Poets’ Laureate Fellowship for my work with trans, non-binary, and queer folks as Tucson’s Poet Laureate (2017-2020). If you’d like to learn more about TC’s writing, teaching, and/or collaborations, please visit www.tctolbert.com