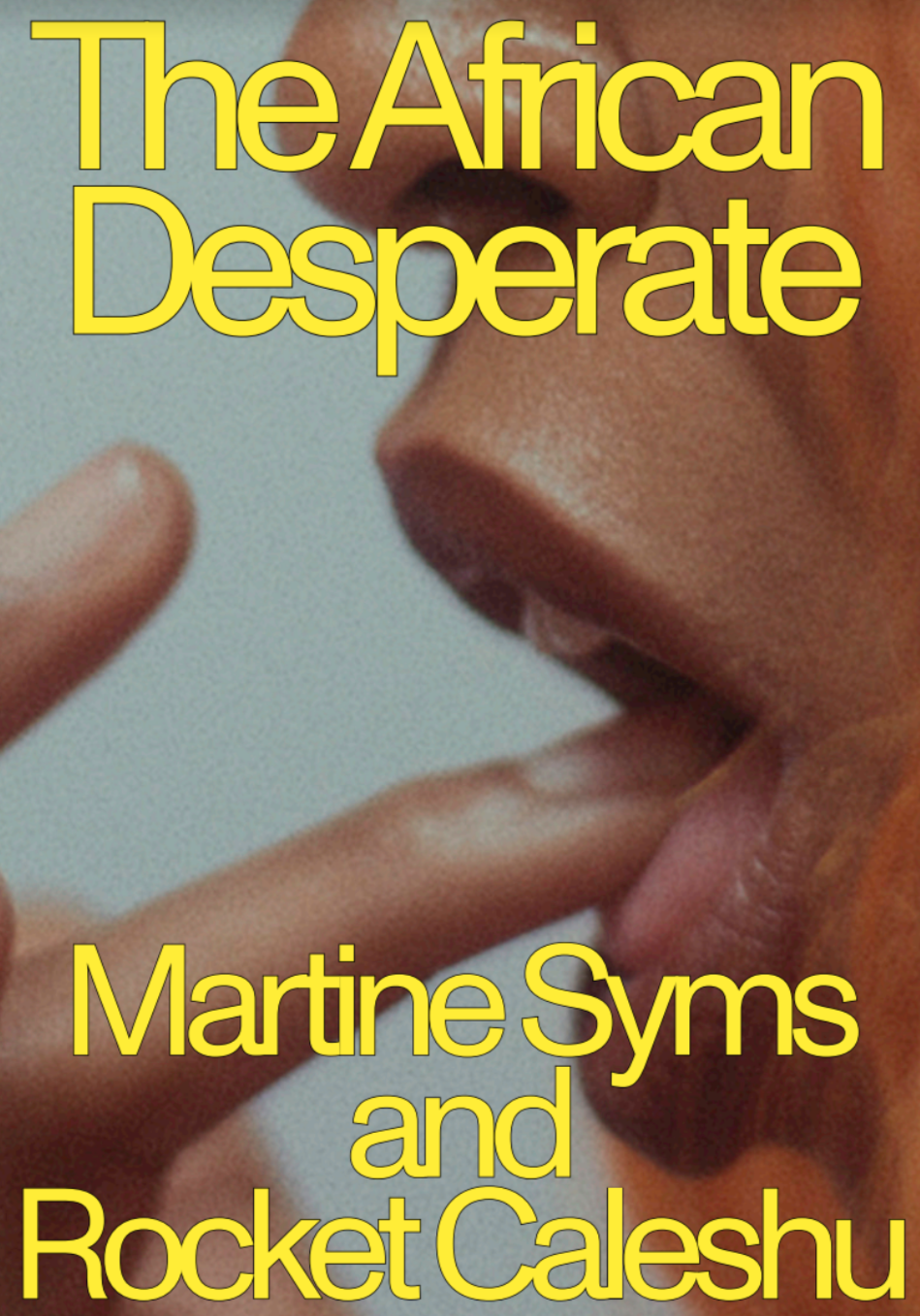 In the 24 hour film tradition, The African Desperate follows the character Palace Bryant on one very long day in 2017 that starts with her MFA graduation in upstate New York and ends at a Chicago Blue Line Station. Set against the lush back-drop of late summer, Palace navigates the pitfalls of self-actualization and the fallacies of the art world. Shot through with Syms’s celebrated conceptual grit, humor, social commentary, and vivid visual language, The African Desperate leads us through picturesque landscapes and artists’ studios, from academic critiques to backseat hookups, and from the night of a wild graduation party to the morning of a lonely trip back home. The text enhances the queer and political aspects of the work, creating a hilarious, sexy, and druggy read that works as a wonderful companion to the film or as a striking performance text.
Copies of the screen-play will be available for purchase.

Martine Syms has earned wide recognition for a practice that combines conceptual grit, humor, and social commentary. She has shown extensively, including solo exhibitions at the Museum of Modern Art, the Art Institute of Chicago, and Tate Liverpool. She is a recipient of the Creative Capital Award, a United States Artists fellowship, the Tiffany Foundation award, and the Future Fields Art Prize. She lives in Los Angeles.

Writer Rocket Caleshu is based in Los Angeles. He holds a BA in Africana Studies from Brown University and an MFA in Creative Writing/Critical Studies from the California Institute of the Arts, where he was the inaugural Truman Capote Literary Fellow. He received the 2016 Black Warrior Review Prize in Nonfiction. His work has been published in Poetry Magazine, New Delta Review, Dilettante Journal, and others.