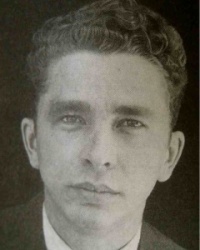 On February 14, 1911, from a small farmhouse in northeastern Maine, was born a man, BERN PORTER, who would after World War II stretch poetry’s traditions past the frontiers of authorship, context, voice, shape, and sound. Creator of over 100 books published by non-mainstream presses, including his own, and theorizer of “sciart,” the union of science and art, there was no other twentieth century poet like Bern Porter. In the late 1960s, after stormy and traumatic employ for twenty years as a Manhattan Project physicist, Saturn Moon Rocket engineer, and transcontinental communications specialist, Porter was exiled without due process from the National Security State. Choosing to exist on the edges and never giving up, Porter prodded humanity always to consider new approaches to its problems and dreams.  A Correspondence Art pioneer, he was called during his lifetime “the da Vinci of the Atomic Age,” “the Charles Ives of American Letters,” and “the Poet Laureate of the Universe.” Today, Bern Porter’s massively creative motherlode serves as an inspiration to a new generation of artists and writers. Publishers Weekly concurs, writing,  “There is no question that no one was doing quite what Porter was doing when he was doing it, and that lots of people are doing versions of it now.” Bern Porter died on June 7, 2004, in Belfast, Maine, where he had lived since 1972, as both a recluse and town gadfly, at his Institute of Advanced Thinking, a “school for drop-outs.” Its grounds were adorned with his found sculptures and poems, along with the world’s only horizontal orgone accumulator, on which, he claimed, many new lives were conceived. 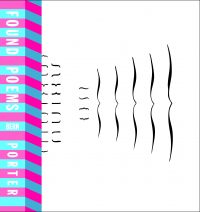