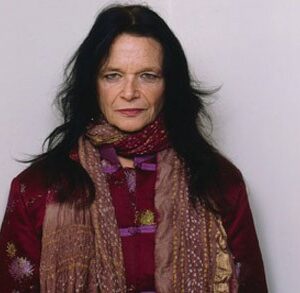 Anne Waldman: Poet, performer, professor, literary curator, cultural activist has been a prolific and active poet and performer many years, creating radical hybrid forms for the long poem, both serial and narrative, as with Marriage: A Sentence, Structure of the World Compared to a Bubble, Manatee/Humanity, and Gossamurmur, all published by Penguin Poets. She is also the author of the magnum opus The Iovis Trilogy: Colors in the Mechanism of Concealment (Coffee House Press 2011), a feminist “cultural intervention” taking on war and patriarchy which won the PEN Center 2012 Award for Poetry. Recent books include: Voice’s Daughter of a Heart Yet To Born (Coffee House 2016) and Trickster Feminism (Penguin, 2018). She has been deemed a “counter-cultural giant” by Publishers Weekly for her ethos as a poetic investigator and cultural activist, and was awarded the American Book Award from the Before Columbus Foundation for Lifetime Achievement in 2015. She has also been a recipient of The Shelley Award for Poetry (from the Poetry Society of America), a Guggenheim Fellowship and the Elizabeth Kray Award from Poets House, NYC in 2019. Waldman has also been at the forefront many decades in creating poetic communities and has focused on the necessity of archival practices to insure the memory of some of the 20th and 21st century’s most precious literary histories and oral recordings. She was one of the founders of the Poetry Project at St Mark’s Church In-the-Bowery, and its Director a number of years and then went on to found The Jack Kerouac School of Disembodied Poetics at Naropa University with Allen Ginsberg and Diana di Prima in1974 and went on to create its celebrated MFA Program. She has continued to work with the Kerouac School as a Distinguished Professor of Poetics and Artistic Director of its Summer Writing Program. During the global pandemic she and co-curator Jeffrey Pethybridge have created the online “Carrier Waves” iteration of the famed Summer Writing Program. She is the editor of The Beat Book and co-editor of Civil Disobediences: Poetics and Politics in Action, and Beats at Naropa and most recently, Cross Worlds: Transcultural Poetics. She is a Chancellor Emeritus of the Academy of American Poets. 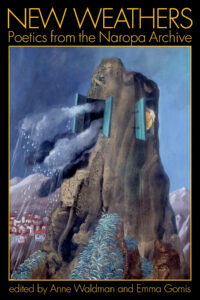