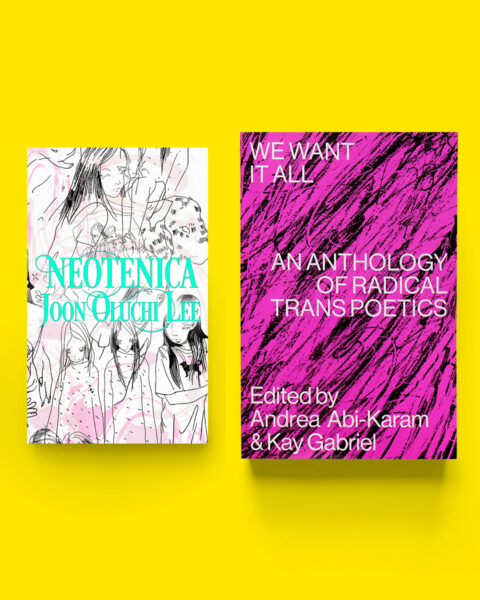 We’re thrilled to share that Neotenica by Joon Oluchi Lee and We Want It All: An Anthology of Radical Trans Poetics edited by Andrea Abi-Karam and Kay Gabriel both are finalists for two awards: the Lambda Literary Awards and the Publishing Triangle Awards! Neotenica is a finalist for the Lambda Literary Award in Gay Fiction and the Ferro-Grumley Award for LGBTQ Fiction from the Publishing Triangle. We Want […]

Thank you Lambda Literary for honoring four of our titles with 2020 Lambda Literary Awards! We Both Laughed in Pleasure: The Selected Diaries of Lou Sullivan edited by Ellis Martin & Zach Ozma is the winner in the Transgender Nonfiction Category! SLINGSHOT by Cyrée Jarelle Johnson is the winner in the Gay Poetry Category! HULL by Xandria Phillips […] 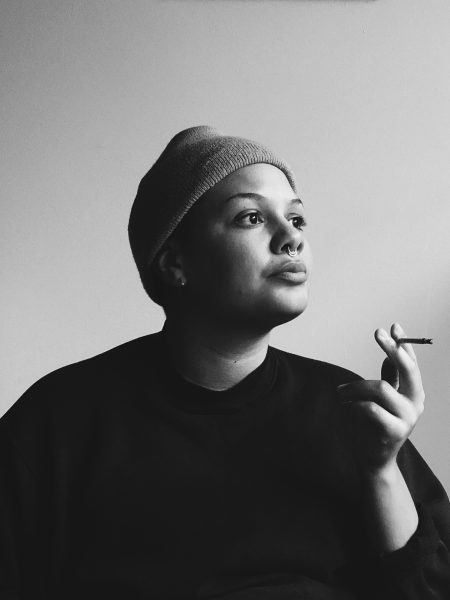 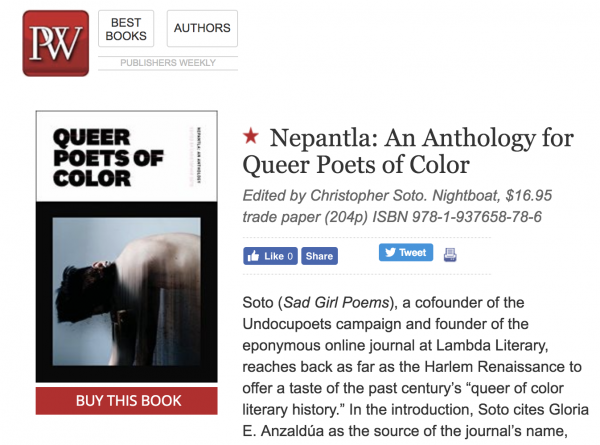 Nepantla: An Anthology for Queer Poets of Color just received a starred Publishers Weeky Review:   “Soto (Sad Girl Poems), a cofounder of the Undocupoets campaign and founder of the eponymous online journal at Lambda Literary, reaches back as far as the Harlem Renaissance to offer a taste of the past century’s “queer of color literary history.” […]